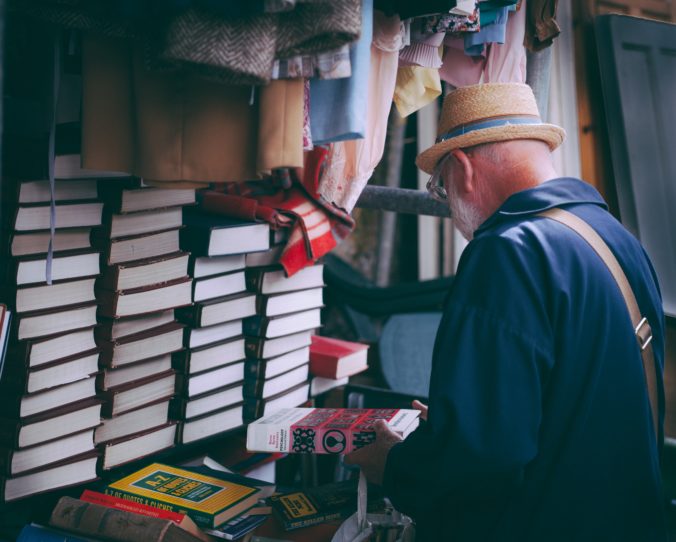 This is a guest post from Matt Evans (mevans8@nwacc.edu), who is Associate Professor of Political Science at Northwest Arkansas Community College. His words represent his own opinions as an individual, and not (necessarily) his employer. This is the fifth in the series on changing the field. #IRChange [i]

The answer for change is simple:

Political Scientists should consider how our ideas, practices, and institutions (dis)able our students financially; and then address these problems through our politics without retreat.

At my first in-person teaching job, the department chair chose the books (before I was hired for the job). When I taught the first class, I told students to return the books and get refunds from the bookstore. Anything students needed, they would get as PDFs in the course shell. Other jobs have compelled me (through various institutional constraints) to use and keep the same for-profit textbook as the other full-time teacher of the course.

In these classes, students frequently tell me that they cannot buy the textbook immediately (because they are waiting on a paycheck or more financial aid disbursement) and ask for an extension on the first assignment. At other times, students drop the course (and sometimes tell me about it after the fact). To be fair, whether I control the textbook choice or not, students find themselves in a series of difficult economic situations – that the book is one ingredient in their retention, advancement, and intellectual growth – and I help them find resources to help them eat, not be evicted from their home, or to prevent homeless (because critical theory compels me so).

These sorts of “life” issues come up more than one would think. My current institution has many great resources (like an on-campus food bank), emergency funds (to help those facing evictions and crippling bills), and free psychological counseling. The book prices (and my advocacy for OERs) can only do so much to address the student’s economic plight, but there’s a certain opportunity cost to books. If students are not spending $130 to buy or $56 to rent a for-profit published textbook – on top of the $250 math or natural science text – maybe they can avoid some absolute personal disaster by paying their bills or not getting a payday loans.

As my school’s Vice President for Learning Ricky Tompkins reminded me, some students are spending more money on textbooks than tuition at my school (and I can attest to that with my own students).

As my colleague Brian Aguiar told me once (bemoaning the costly state of his own discipline economics): “I don’t know why these texts cost so much money; they are essentially the same texts that I had when I was in school [a long time ago].”

What are Open Educational Resources?

This problem compels political scientists (among other things) to commit to Open Education Resources (OERs) and other practices that make knowledge financially accessible. (Though, we might also think about our role in helping students in their precarious economic position through different resources; a point that deserves its own blog post, but I won’t address here.) OERs include a lot of things — textbooks, online resources, handouts, media objects, assessments, readings, presentation material (to name a few) — that are produced at different cost levels.

They encompass a range of for-profit and non-profit actors. OpenStax produces free (peer reviewed) textbooks. The Cal State system puts resources out there for people to download and use for free. MIT puts its course resources online for others to utilize in various ways. Various for-profit companies take OERs and sell them with additions and revisions. Sometimes, this happens on the cheap or in the surplus labor of faculty; other times, with large grants from the Gates Foundation or teaching institutions. My own school even has a grant program for producing, revising, or adopting OERs.

There are complicated licensing systems, much like open source software; but the learning curve and the danger of corporate colonization of academy remain unmatched by the diversity of opportunities that OERs offer for teaching and scholarship, as well as human agency.

My Experience with OERs

When I started teaching in 2006, I knew nothing about OERs. My teaching brought me to a historically black college (Kentucky State University), two state schools that wanted to raise their research profile (University of Louisville, Northern Arizona University), two teaching-centered state schools (Arkansas Tech University, Texas A&M Texarkana), and a community college (NWACC). From the start, I hated textbooks for being over-priced, unreadable, and only texts in this worst sense of the word. In the old days, I used PDFs placed in the course shell cobbled together from books, journals, and magazines like a bad sandwich (a lesson I learned from my MA graduate coordinator, the once-great Laurie Rhodebeck and my undergraduate urban politics professor, Ronald Vogel.

Through this teaching experience, let me underline the restraints on rights for written and video resources. The University of Louisville and Northern Arizona University had easy journal access. As I have moved into other places, those accesses have been made more difficult. The libraries lack the money to pay for these journal subscriptions. Obscure and recent pieces cannot be obtained through the normal interlibrary loan channels (though, my librarian does still try). The time increases for course prep. On the video front, my PhD institution spoiled me. Every video they had in stock they would place in the course shell if I asked (whether it was an in-person or online class).

Video content augments readings in extremely vivid ways. Now, so much of streaming must be paid for on an à la carte basis (and then at $150-300 per documentary or film). Other free objects like some of the PBS documentary series have shifted away from free streaming repositories.

My library and others pay for streaming services, and increasingly the best videos are too expensive and unobtainable. Though, as one pokes around, these blockages can lead to other accessibilities through different Youtube channels and CSPAN (without any costs). Though, my recent effort to teach civil resistance in a comparative context (through pop culture films in an online or hybrid class) means a very expensive investment by my institution into one class for a couple dozen students. There’s a certain threshold of resource usage that eventually runs out if a mass of faculty use the same pedagogical technique and need the same streaming rights for their classes.

Sadly, how critical theory and the broader discipline approach these issues is quite (ironically) problematic. Yes, there are efforts to producing OER journals in political science (and even free online distribution of published works like the Abolition Journal, the Feral Feminism journal, the online forums at Duck of Minerva, the E-IR repository, the International Studies Quarterly online symposia, or even the LARPing efforts of CFR to teach the nuances of the National Security Council), but some of the most amazing scholars are not discussing or resolving these issues in any meaningful way.

Thus, when I talked to Patrick Thaddeus Jackson after he moderated a pedagogy roundtable at the 2019 Toronto meeting of the International Studies Association, he told me that OERs fell largely to librarians and the faculty were not having that conversation on the roundtable or in the organization. It seems that you cannot find more than a minuscule representation of OERs on panels and roundtables at ISA or APSA, and even then they are placed in very narrow spaces.

What these professional associations are doing is reification and an investment in modern magic: The bifurcation between political economy out there (in the world) and in here (in the academy) is not what we want. It seems somewhat ironic that a non-Marxist political economist, Daniel Drezner, has not produced an OER but one of the most affordable international relations/foreign policy textbook as an $11 Kindle book (that I use and problematize at various moments when teaching my Intro to IR class). I wish others would go in his direction, do more, and be less alienated from the material conditions that make higher education possible (as Drezner has in ironically Marxist ways).

We must attend to the costly impact on students buying books (and the impact on retention and graduation). If we are to be critical theorists, ultimately we cannot defer our politics to some other set of agents or for some more convenient circumstances. We cannot assume that the costs have textbooks are not political, nor can we look away from a nefarious and corrupt political economy.

Note the boundary of my argument (at least at this moment): We should not abolish all academic publishing or book markets, or deny student usage of them for some pedagogical purposes. We can have all these practices (as I do frequently enjoy reading books, not textbooks, and then assigning them to my class on a rare occasion, or at least having them reading selections within the bounds of copyright law).

We need to sustain ourselves, and cannot create a litany of free objects without some financial contributions to the authors. To draw upon the indigenous (as some Duck contributors would want), we must accept responsibility to maintain the natural, socio-political, and cosmological resources that sustain our way of life by putting ourselves on the front line of the struggle (as Winona LaDuke suggests). In this pedagogical context, we must use our schools and professional associations to pay academics for the construction of OERs, and not increase the nearly uncountable hours of (financially uncompensated) faculty surplus value already sustaining the academy.

Let me finish by taking a page from my (deceased) PhD advisers, Geeta Chowdhry and Joel Olson. Chowdhry made me better by studying Amartya Sen. The Bengali economist, Sen, asks the basic question: What does our (political) economy enable people to do that they value? Are we crippling students with disabling debt because of our books or excluding those from conversations based on class costs?

Second, drawing on Olson, I might look to his CLR James quote that he placed on his desk (that is now engraved in a plague at a memorial garden on NAU’s campus):  “What is the most damage I can do, given my biography, abilities, and commitments, to the racial order and rule of capital?” What agency do we have in our specific positions in these different socio-economic and academic hierarchies to overturn/subvert/improve them? What special advantages/abilities do we each have to act in meaningful ways?

To address these questions, most simply, we can analyze our social location and think through the agency of our bodies towards one encroaching commandment:

[i] Thanks to Josh Busby and Laura Sjoberg for suggestions on a previous draft of this blog post.

The Decision Letter, Part I