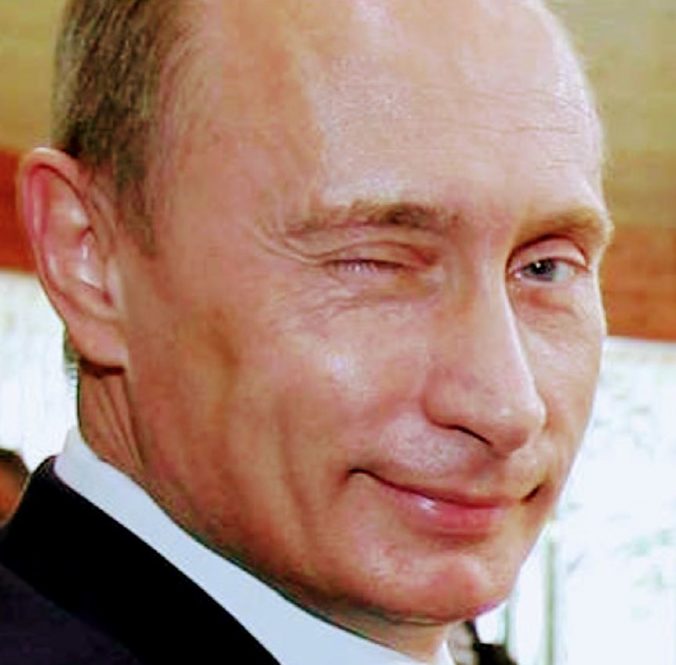 What’s in a Wink? The Case for Thick Description

This is a guest post from James Guild who is a PhD candidate in political economy at the S. Rajaratnam School of International Studies in Singapore. His research interest is economic growth and infrastructure development in Indonesia and Southeast Asia, and his work has appeared in The Diplomat, Jakarta Post and New Mandala. Follow him on Twitter @jamesjguild

This is the fourth in the series on changing the field. #IRChange

The dominance of rational-positivist approaches to modern social science, particularly in the United States, has tended to privilege research designs featuring deductive hypotheses that can be rigorously tested, typically with large-n datasets. This means the role of culture, society and history is often situated lower on the methodological hierarchy. I think many would agree that culture and socially constructed meaning are important variables in understanding political and economic outcomes; but there is little consensus on how to define or measure them, which makes them tricky analytical concepts.

In The Interpretation of Cultures, anthropologist Clifford Geertz made the case for the use of “thick description” – the importance of cultural context and the meaning embedded in social constructs when investigating research puzzles. He cited the example of a wink to illustrate this point. If you do not know what meaning a particular society ascribes to the act of winking, you will be unable to differentiate between a deliberate wink and a random contraction of the eyelid. There is an element of interpretation involved in this process, and the most plausible interpretation will be guided by the context. It’s a fairly simple and straightforward way of illustrating that the meaning of any given act or symbol is often context-dependent, can vary between cultures and societies, and that knowing how that meaning is constructed is an essential part of decoding the puzzle.

In their book Designing Social Inquiry, King, Keohane and Verba revisited this example and tried to apply a more rigorous methodological lens to it. The book is primarily about how to structure research designs so that, even if using qualitative methods, you can increase the validity of your inferences. They contend that culturally specific knowledge is important for developing and framing research questions – but those must then be tested according to rigorous scientific standards. In short, interpretation has no place in arriving at valid scientific inferences; that is the work of a good research design and accurate measurements.

With regards to winking, they assert that if you structure your research properly you can infer whether someone is winking or twitching their eye by measuring the changes in causal effect that their winking has on the environment around them:

“Having made a relevant theoretical distinction, such as that between a wink and a twitch, the researcher then needs to evaluate the hypothesis that winking is taking place. We might record every instance in which this actor’s eyelid contracts, observe whether the other key actor is looking at the right time, and whether he responds. We could even design a series of experiments to see if individuals in this culture are accustomed to communicating in this fashion.”

Although this is meant to be illustrative, it is of course absurd and would be a ridiculous way to try and divine whether someone was winking or not. Curiously, neither of these camps even mentions the most obvious approach: asking the person in question if they just winked, or looking around to see if there is some intervening variable in the environment like a lemon.

But it does underscore a problematic tension that bisects social scientific inquiry. If some of the greatest minds of their eras could not even agree on the proper method for determining if someone had winked or not, then what hope do we have for answering the really weighty questions like whether humans are the creators of history or merely its play-thing?

This tension could be eased by reducing barriers between methodological camps and encouraging them to naturally complement one another. Rigorously structured large-n studies that measure changes in causal effect are useful for identifying big picture statistical relationships in the data. Inductive, qualitative methods – interviews, fieldwork, archival research – that embrace thick description can point us toward underlying casual mechanisms, reveal important path dependence, and bring certain phenomenon into sharper focus by describing the context in which they occur. There is nothing about these two approaches that is mutually exclusive.

A good example of this is the apparent global rise of nationalism. From the literature you could hypothesize that increased nationalism is being driven by a structural factor such as globalization – increased cross-border flows of people, capital and goods which are threatening nativist perceptions of identity and hardening them.  At the aggregate level you could test this by modelling the effect that FDI, immigrant flows, and imports have had on domestic perceptions of foreigners and national identity in each country over a certain period of time (let’s assume, for the purpose of this example, that good time-series data at the country-level exists for this variable). Let’s say the model shows that negative perceptions of foreigners and exclusionary definitions of national identity are on the rise, and are positively correlated with increased cross-border movements of people, capital and goods.

Such a research design would still only give you the broad strokes of these global trends. If you wanted to dig down into the details you would need to employ thick description. Nationalism is clearly on the rise in Russia, China, Hungary, India and the Philippines but each country is experiencing a different kind of nationalism and for different reasons. In Russia, Putin is using nationalist rhetoric to craft and support the narrative of a resurgent Russian state. According to Susan Glasser this narrative, and Putin’s overarching belief in maintaining the stability of the state at all costs, is a means of self-enrichment but it is also rooted in his experiences as an intelligence officer who witnessed the catastrophic fall of the Soviet Union and in his fetishizing of Russia’s imperial past. Structural forces are important in Russia’s increasingly brazen foreign antagonism, but history matters here too.

Chinese nationalism is similarly being driven by structural forces (China’s aspirations for regional hegemony, for instance), but it is also rooted in ideology. Xi Jinping is a Communist Party man through and through, and the recent purge of allegedly corrupt party members not only helped him consolidate power and neutralize many political enemies, but was also a way to restore some ideological purity to the party. For Xi, rallying public support around nationalism is as much about preserving the Chinese Communist Party as it is about competing with the United States.

In Hungary, Viktor Orban has deftly and opportunistically exploited public apathy to consolidate power. He has done this in part by crafting an exclusionary Hungarian nationalism that defines itself in contrast to foreigners and Western Europe, even though the structural reality of his country’s economy means that up to 5% of GDP is dependent on injections of capital from the European Union. In this case, a socially constructed xenophobic nationalism has more currency than actual economic reality.

In India, Modi’s BJP Party has used Hindu nationalist symbols to build a large grass-roots network based on easily understood markers of identity and belonging, such as language and religion, and this has propelled the party to big electoral victories and given them a large public mandate to carry out nativist fever dreams like revoking Kashmir’s special status. Modi was also the chief minister of Gujarat province in 2002 during a period of rioting and ethnic violence in which the state is believed to have been complicit and this helped define his political trajectory. He has leveraged his reputation and the upsurge of grass-roots nationalism by lassoing it to the apparatus of the state and squeezing the rival National Congress Party out of power in the process, giving him free reign to pursue a more muscular nativist foreign policy.

As for Duterte in the Philippines, his appeals to nationalist rhetoric are often confusing and contradictory, flipping between threatening China and defending it as an important partner. His governing style is not yoked to any particular ideological, philosophical or grass-roots political beliefs – I also doubt that he is “hedging” in any kind of intelligible way – but comes from his experience as a mayor in the unique environment of Davao. His nationalist impulses are therefore less coherent and, as Sheila Coronel put it, often an expression of a “dark charisma” that is unlikely to last long after he is gone.

If we stopped at modelling the large-n data, we would miss out on a wealth of rich explanatory mechanisms submerged in the thick descriptions of these individual cases. And these are just as important, sometimes moreso, than simply identifying statistical relationships in the big picture data. There is an element of interpretation in the use of thick description – how can anyone really know for sure what is in Putin’s head? – but being well-versed in the history and social context of a particular place allows for reasonably informed inferences about how the concept of the state, influenced by past experiences with state collapse, might be driving Putin’s efforts to shape a contemporary nationalist narrative in which he plays the part of Peter the Great.

By carefully structuring research designs, we can measure broad changes in casual effect and feel confident about the underlying logic of our inferences. But it’s only once a researcher wades into the analytically complex morass of thick description that the underlying casual mechanisms really start to reveal themselves. And only then can we begin to say if the kind of nationalism we are looking at is winking at us or just blinking away some dust.

Scary Dragon or Cuddly Panda? Why Role Change Matters for Hegemony in Asia

The Decision Letter, Part I