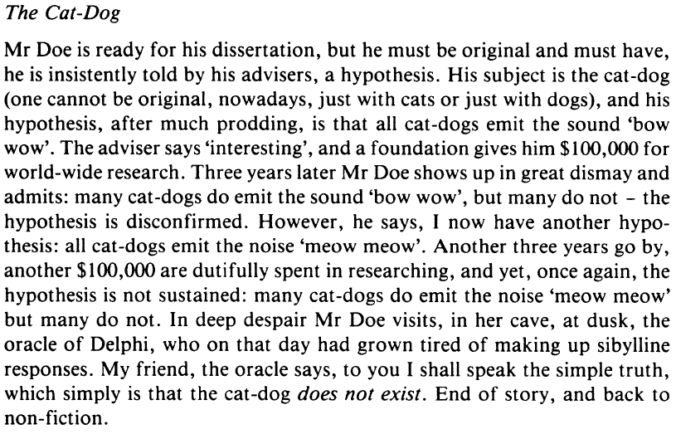 Political science has long had debates over methodology – i.e., ways of knowing about the world – but has had fewer over ontology – i.e. what exists in the world. This was noted by Peter Hall in his 2003 book chapter, “Aligning Ontology and Methodology in Comparative Research,” but other authors like Colin Hay and Liam Stanley have made the same critique.

Why is this a problem? Two examples, one personal and one not:

“nonexistent aggregates which are bound to defy…any and all attempts at law-like generalizations.”

It is scary to consider the possibility that some of the things we study either 1) don’t exist, or (more likely) 2) don’t exist in a way that is at all relevant to our concepts, theories, or measurements.

What to do? I would suggest a few tacks:

Often we start with data without spending enough time thinking about the concepts to which the data are (supposedly) linked.

There will, of course, never be complete agreement on ontological issues – on what exists in the world. That is normal. But investing in more description, more time in the field, and more time thinking about concepts can help us to close the gap between our theories and the world.

On Being a Scholar-Activist