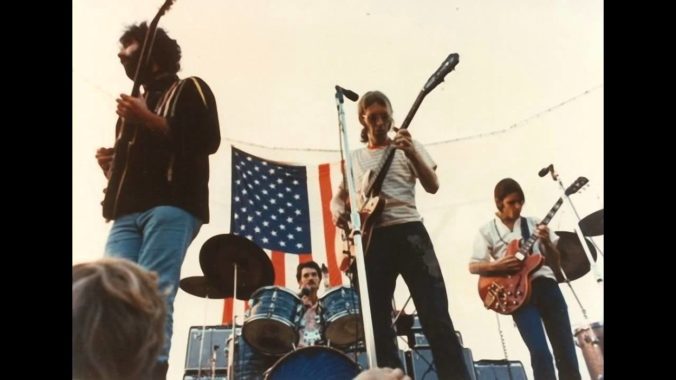 Has regression analysis shrunk our imaginations?

I realize this is a weird thing for me to ask, since the vast majority of my publications–as well as a few of my works in progress–have relied on regression. But I was wondering this recently based on my own and others’ responses to a new project.

I was presenting qualitative research recently that tried to make the case for ideas mattering in a conventional security studies topic (I’m being intentionally vague). I had a lot of evidence that it did, but the way it mattered was bit more nuanced than the way material factors mattered. An audience member took issue not with my evidence, but with my interpretation; they argued it seems like this shows ideas don’t really matter at all. And I had similar thoughts while writing this paper; not that ideas didn’t matter, but that they fell short of the type of effect we were used to seeing. So I had to decide how defensive I wanted to be in discussing my results.

I realized what I was looking for was the qualitative equivalent of a binary or ordinal quantitative variable: yes/no, low/medium/high. Did the war start or not? Did a formal alliance form or not? This is basically what I did in my dissertation and first book; after running a regression, I translated the findings to a set of case studies each with a clear value on the dependent variable. And I realized that this mind-set affected my research designs even when I wasn’t doing a mixed-methods study: while writing a case study, I still felt like I needed a quantitative-ready dependent variable.

I suspect this comes from the prominence of quantitative regressions in international relations. We’re trained to translate research questions into quantitative language and, given that regressions have been the most common quantitative tool for most of our sub-field’s history, we tend to think in terms of regressions.

Accordingly, we tend to reject questions and answers that cannot fit into a regression. “Sure tensions increased between the countries in a qualitative sense, but they didn’t actually go to war, right?” “Sure the two states got friendlier over time, but they didn’t sign any trade deals or military guarantees, so nothing really happened, right?” Based on my questioner above, I doubt I’m alone.

So what can we do about this? One solution is to just stop asking these types of questions, but I don’t want to do that.

We could further embrace qualitative analysis, not as a complement to quantitative methods but as a valuable approach in its own right. As a student of Andrew Bennett and a graduate of IQMR I’m certainly ok with that. But as someone who values quantitative analysis, I’m not ready to give up on it yet.

One alternative to regressions is social network analysis. Analyzing international relations as a series of connections, with both state characteristics and the content of their interactions being the focus of the analysis, opens up a vast array of new questions we can answer. Hafner-Burton, Montgomery and Kahler summarized its application to international relations in a great 2009 IO piece, and there have been many network studies since. I’ve started exploring this, thanks to the generous support of Notre Dame’s GRRI. The fine-grained results of social network analysis can even be used in conventional regressions.

Another alternative is natural language processing. Advances in machine learning allow scholars to process and analyze vast amounts of textual data. This allows for studies of complex issues–like the extent of tensions-short-of-war between states–that combine the precision of quantitative methods with the nuance and context of qualitative analysis.

This isn’t an attack on regressions. I use conventional quantitative methods in a lot of my work, and will continue to do so. There’s a reason we try to formulate research designs in a way that fits with the form of a regression; it’s effective. But we need to be wary of rejecting questions and answers that don’t fit into this framework, or we will be stuck explaining MID onset and PTA signing for the rest of our lives. With the continued development of qualitative methods and the availability of quantitative alternatives like social network analysis and natural language processing, there’s no need to limit ourselves.

All Journals Can, and Should, Provide Decision Letters and Reviewer Reports to Referees