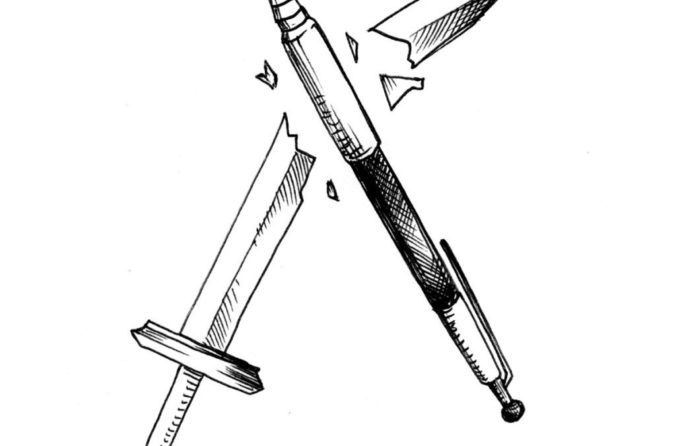 On Being a Scholar-Activist

This is a guest post from Prof. M. Victoria Pérez-Ríos. Pérez-Ríos holds a PhD in Political Science from The Graduate Center, CUNY (City University of New York); and graduated from the Law School of Saragossa, Spain. She is an Adjunct Assistant Professor in the Political Science Department at John Jay College of Criminal Justice and at the Social Science Department at LaGuardia Community College. Her research interests include civil rights, accountability & counterterrorism. She is currently writing a manuscript on memorials. Follow her at @victoriahhrr.

This post is based on an ISA 2019 panel on scholar-activism. We invite others to contribute to what we hope will be a wider series of blog posts on what it means to different faculty. Why do you think it is important to be both a scholar and activist (or do you disagree)? Look for the series with the hashtag #ScholarActivism

WHAT DOES IT MEAN TO BE A SCHOLAR-ACTIVIST?

This question made me think about what I understand by being a scholar. In my case scholarship has to seek the truth but not in a vacuum; it has to be transmitted to others and this is done through our peers and our students. As a result, I consider myself, foremost, a teacher. And, can I, as a teacher, not worry about, examine, and try to find solutions to unfairness in the world? As Paolo Freire explains, “[P]roblem-posing education involves a constant unveiling of reality… strives for the emergence of consciousness and critical intervention in reality.” Read: Pedagogy of the Oppressed. Moreover, in order to excel as a teacher, I need to be a life-long student.

Delving further, I consider myself a “budding” scholar-activist who has never been an organizer in any movement and needs to expand her activist side. Due to my focus on understanding different injustice-related issues, I spend most of my time reading and thinking about these injustices and possible institutional solutions. Thus, my mode of action, and this is how many perceive it, is that of being in a perpetual state of indignation or the stage at which Stéphane Hessel exhorts young people to be when confronted with injustice: Enraged! Read “Indignez Vous!”.

Being enraged is a positive state when compared to those who opt for being indifferent, a.k.a. as showing political apathy. Nevertheless, being enraged is insufficient and has to be transformed into some sort of action. Although I am not the type of scholar-activist that has worked for years as a grassroots organizer or that belongs to an oppressed minority—yes, I am a female and suffered and will continue to suffer from discrimination but not from the oppression that undermines those at the bottom of the racial and economic hierarchy. Read Alvaro Huerta’s “Viva the Scholar-Activist!” —I still consider myself an activist.

My approach to activism is taking small steps and is very much linked to the idea of the power of the pen (the pen is mightier than the sword) and its more modern incarnations. That is, the computer and emails. I believe in my right to petition and its potential for change. When I was fourteen I contacted, via post mail, Amnesty International (AI) for a social science project and received a letter of reply with relevant information about what they did. My understanding of AI’s work was that they liberated unfairly imprisoned individuals by sending letters to those in power. Since then I have continued to write and, later on, to email petitions to end unfairness. Sometimes it is as easy as writing down my signature.

MY ENGAGEMENT AS A SCHOLAR-ACTIVIST

Following a small-step approach to activism, I have contributed to effect positive change by:

(1) Engaging students in petitions: I helped a student in his quest to change the conditions of the workers of one of the major food vendors contracted by CUNY. He was not my student but we started to talk at the lobby of the Political Science Department at a different college from my home college and I invited him to briefly explain the issue to my students and to get some signatures. At other times I have helped my department’s Labor Union representatives in getting more signatures and student involvement to support the campaign in favor of proper funding for CUNY, still ongoing.

(2) Setting-up an informal session to get minority students into the Honors program: I used to teach several sections of the introduction to American Government course per semester and I was surprised that some excellent first-year students were not in the Honors program and/or new little about it. After this session and with recommendation letters that I wrote on their behalf, five students applied to the program and, by the next semester, they were all members of the Honors program. It was an important accomplishment for the students and for myself because of the academic benefits derived from this Program.

(3) Informing students of their inclusion in non-standard protected categories of peoples: Due to past discrimination, throughout CUNY Italian Americans are protected by affirmative action since a December 1976 Directive. Regrettably, many students ignore this fact. By informing everybody in the classroom, I achieve two positive goals: First, individual Italian Americans are made aware of scholarships and other opportunities that can facilitate their academic careers; very crucial in city campuses where many students qualify for financial aid. And, second, it contributes to shatter stereotypes of privilege and race.

Considering that International Human Rights is my area of expertise, I also try to foster global justice through my research. In addition to presenting at conferences, I share my research with my students. However, here I want to focus on how I use BlackBoard to change perceptions of who is protected by human rights.

In order to promote an understanding of these connections and to increase their activism, I introduce basic human rights law in my American Government and Comparative Criminal Justice Systems courses. The Discussion Board of BlackBoard facilitates my work because I can create multimedia assignments on relevant topics: (1) Students have access to exhibits, texts, videos and current news; (2) it allows all students to read everybody’s answers; (3) it promotes in-depth written “conversations” with fellow students.

These are the variety of small ways that I have sought to incorporate the ethos of scholar-activism in to my professional life.

Climate change and the mission of higher education