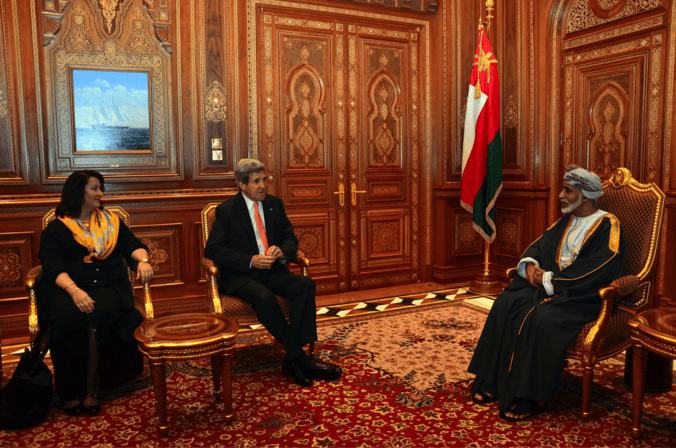 Opening the Envelope of Oman’s Succession

The following is a guest post by Andrew Leber, a PhD candidate in Government at Harvard University.

The death of Sultan Qaboos bin Said, and the succession of Haitham bin Tariq as the country’s new ruler, was yet one more high-profile news item this year amid the back-and-forth attacks and tragic consequences of events further up the Gulf.

Yet for the world of political science, this transition calls to mind important questions for comparativists about authoritarian successions in particular and authoritarian institutions more general.

Thinking about Authoritarian Succession
When are authoritarian successions relatively uneventful? What kinds of policy change can they induce – or preclude? What can outgoing rulers do to shape the course of transition processes, and when do they choose to do so?

Let’s take just the first of these questions. Orderly successions are a clear problem for autocratic regimes. Autocrats face what John Herz identified as the “crown-prince problem” back in 1952:

Herz also suggests “institutional frameworks” for the transfer of authority, and political scientists have had some success in showing that presence of written or unwritten rules of succession among political parties and extended royal families can help predict the manner and success of authoritarian transitions.We know less about why these institutions sometimes work and sometimes fail, however—-or why they are sometimes honored and sometimes not.

Saudi Arabia’s Allegiance Council (made up of senior royals) was once held as preserving “democracy at the top” in governing the Saudi succession. Yet the late King Abdullah repeatedly bypassed the Council rearrange the line of succession – a practice that continued under King Salman.

By contrast, Sultan Qaboos dominated the Omani government and the succession process, with choice of successor left to the ruling family (if they could choose a successor within three days) or Qaboos’s personal preference – written on a letter and hidden within a sealed envelope.

Much could have already gone wrong, as commentators have wondered over the years whether the regime could survive a transition from Sultan Qaboos’ personalized rule.

The royal family might have drawn the decision process out beyond the supposed three-day limit – rumors of a coming succession have swirled for weeks. Sidelined royal family members with close ties to the military might have tried to alter the succession through force of arms. The letter could have been tampered with, or disregarded altogether.

Yet the smooth transition (so far) suggests that the Omani monarchy has survived this initial political test. In a brisk and orderly process, Sultan Qaboos’s choice was announced before the family by the military and documented via photographs shared on social and broadcast media.

Why did the succession rules work in Oman?
Assuming that the public story at all reflects what unfolded behind the scenes (a strong assumption given how little we know about the politics of Oman), we are still left with several potential explanations for why the written rules worked in this case.

Maybe careful design can imbue written words with political power even in autocracies (Frantz and Stein, also the entire literature on authoritarian constitutionalism) – institutions of succession can bind successors at the point of transition. The letter designates a successor, the successor becomes a focal point for coalition bandwagoning among other royals and elite allies eager to secure the status quo, and any disappointed members of the family view an extra-constitutional challenge as too risky.

Or perhaps (Abramson and Rivera) Sultan Qaboos’ lengthy tenure in office ultimately set the stage for a peaceful transfer of power. Even if unobservable to outsiders, ruling elites might have interacted with a Qaboos-endorsed successor long enough to trust that he will uphold the political status quo..

Or international factors may have come into play, ruling elites concerned that a leadership vacuum in turbulent times could invite foreign intrigue or social unrest – threatening their collective access to power and privilege. War or even the threat of war therein (Piplani and Talmadge) might make the risks of seizing power by force even greater than normal.

Or perhaps, per Gerschewski, we can take seriously questions of legitimacy and legitimation in authoritarian regimes. The members of the ruling family know that they will never be as popular  with the public as Sultan Qaboos was, and their best route to “legitimacy”  is to abide by the terms of the Qaboos’ last letter (as successor or supporter). The family’s decision to honor Qaboos’ wish for a small, military funeral (perhaps not the first choice of the public) similarly suggests that Qaboos’ wishes are serving as a safe roadmap for the transition.

Of course, it is hard to distinguish between these scenarios (all four could be happening at once!) without a lot more data – hard to come by in autocratic regimes in general, and especially the longstanding yet opaque monarchies of the Arabian peninsula (with the partial exception of Kuwait).

How to Study Succession
Data isn’t the only problem, though – part of the challenge lies in asking the right questions about the right outcomes of interest. It has taken political scientists quite a while to get back to asking the kind of questions that animated a debate on the policy effects of Soviet leadership transitions (between Valerie Bunce and Philip Roeder in the APSR, 1986).

Insights from more transparent cases can shed some light on what to look for when politics are shrouded in the black boxes of authoritarian rule.

Efforts to prolong the Franquist regime after the death of Spanish dictator Francisco Franco quickly led to a full-fledged transition to democracy – revisiting the plan for continued dictatorship, and examining what went wrong, might yield some answers.

Likewise, the informal institution of Presidents selecting their successors in authoritarian Mexico (the “dedazo,” or “tap of the finger”) has outlived the Institutional Revolutionary Party’s hegemonic hold on power (at least within the Party) – figuring out the staying power of this practice might yield some answers.

In contemporary Russia, the recent resignation of Prime Minister Dmitry Medvedev suggests that President Vladimir Putin might be strategizing how best to hand off a modicum of formal power to a successor while retaining considerable influence behind the scenes. Yet some Russia analysts already saw the potential for a “Medvedev succession” back in 2008, when Medvedev briefly held the Russian presidency, raising questions as to whether this represented a failed attempt at Putin stepping back.

For the Middle East (or West Asia) and North Africa, scholars are unlikely to find archival data on the order of the Iraqi Ba‘ath Party records housed at the Hoover Institution (though note the extensive ethical arguments over the status of these documents, captured by U.S. forces in Iraq and unilaterally relocated to the United States).

Still, contested (and more visible) successions are not unknown in the region – even among the Gulf monarchies – and scholars equipped with the right questions might obtain new insights by triangulating between:

In all, political science is far from a complete understanding of authoritarian successions, but we certainly have the building blocks to further theorize the determinants of success in these transitions and their impact (great or nil) on domestic and foreign policies alike.

In the case of Oman, the significance of this smooth transition goes far beyond domestic politics, defying concerns that Sultan Qaboos’s passing might immediately rob the Middle East and North Africa of a key source of moderation and mediation in international relations. Still, the years ahead will tell how much of the Sultanate’s diplomatic heft will outlast the passing of the man who served as head of state, Minister of Defense, and Minister of Foreign Affairs for a half-century.