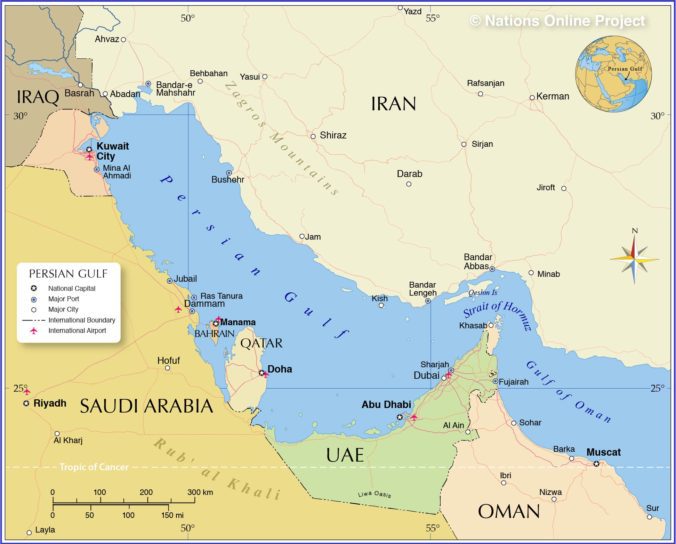 The sneaky rise of “common wisdom” in Middle East studies

We’ve all spent the weekend processing the killing of Iranian official Qassim Suleimani by a US airstrike. While this is obviously very important, we should think about a secondary implication of this act–how this undermined the apparent Middle East analyst consensus that America was pulling back from tensions with Iran, and how this consensus even emerged in the first place.

A few months ago I noticed something interesting. Saudi Arabia, after adopting a hostile foreign policy on Qatar and Yemen–motivated by its fears of Iran–seemed to be getting nervous. They’d issue warning signs about the impact of a war, and their UAE allies actually seemed to be trying to calm things down. I noted this on Twitter (I’m not going to look up my tweets, but you can find them), and thought I was onto something.

Then I noticed the Middle East experts I follow on Twitter seemed to have an opposite conclusion. They said Saudi Arabia was actually frustrated America wasn’t being consistent enough on Iran and that Saudi Arabia was pushing us to act. This didn’t seem to fit with anything I saw, but I didn’t want to buck the consensus (and thought maybe DC-based folks had access to info I didn’t) so let it go.

But theses signs continued. So I wrote and submitted a piece to the MonkeyCage on this dynamic. As we were editing it, developments kept coming, and the line from Middle East experts continued: Saudi Arabia&UAE thought they lost America’s backing on war, so are responding accordingly. This made me hesitant to argue something different, but we still went ahead with the piece, and I wrote a companion post here.

I got some polite pushback by people who thought I was mis-reading things. And then this New York Times article came out, seeming to invalidate my whole argument. But upon reading it, I noticed that its evidence for Saudi Arabia reaching to Iran because America’s help wasn’t assured was…the same experts who had been arguing that. I’d yet to see any actual evidence for this based on Saudi actions/statements, let alone evidence that was stronger than what I’d presented for my argument.

And as time has gone on, there’s more evidence that this situation is one of an erratic America freaking out its regional allies, rather than a war-weary America upsetting gung ho Saudi Arabia and UAE. After Iran-backed militias attacked US forces in Iraq, America launched airstrikes against them, leading to an assault on the US Embassy in Baghdad. Trump later tweeted a hostile statement to Iran, clarifying “this is not a warning, it is a threat.” This was a sign that America wants to keep up the pressure on Iran, not that it’s ready to abandon the region. And these signs were confirmed to be true when Trump ordered the killing of Quds Force commander Qassim Suleimani last week. There are now explicit reports that the Saudis are trying to restrain America.

So somehow a “common wisdom” developed among Middle East experts about what’s going on in the Persian Gulf. I never saw any in-depth analysis or clear evidence for this, it just seemed to happen. I suspect people saw prominent experts say it, so they echoed it. And there are indications this “common wisdom” is wrong, and may lead to serious issues in our understanding of the region.

This isn’t the first time this has happened, and I could go fill a few blog posts with examples. But it’s a serious issue, having to do with a lack of good data, power imbalances among Middle East experts and the policy aspirations of many in this field:

None of these things are unique to Middle East studies on their own, but their combination leads to a difficult situation. Power imbalances mean a few voices dominate the discourse, and policy aspirations mean people are wary of undermining the conclusions of those whose favor they need. And the lack of data means the most direct way to get new perspectives accepted–publishing in-depth research demonstrating your argument–can be difficult to do.

So we often end up in situations like this one, where a consensus somehow emerges on an issue even if–in my opinion–it’s off the mark. There’s nothing we can do about the structural issues in Middle East studies, but we can change the way we react to analyses on Middle East politics, especially when they’re spread via 140 characters on Twitter:

This is about more than just reminding everyone I was right (*cough, cough*). It has serious real-world implications. The Middle East policy community seemed to assume America was withdrawing from the Middle East, and not serious about confronting Iran. This led the experts to possibly misinterpret what’s going on with America’s Gulf allies. And it’s partly why so many people were caught off guard by the strike. It’s a good reminder that, whenever we see a common wisdom developing in Middle East studies, it’s worth having someone play devil’s advocate (I’m happy to oblige).