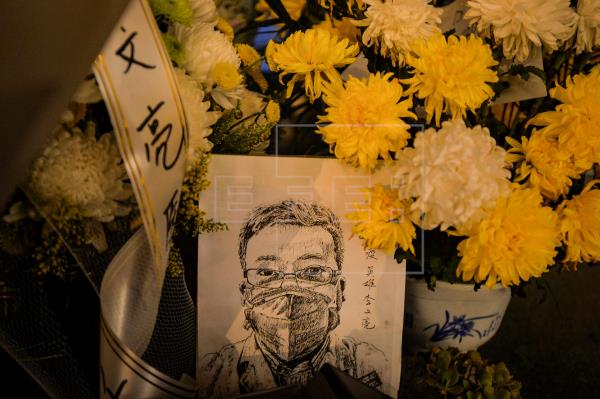 Even if you don’t study global health, you’ve probably been following the coronavirus outbreak in China with a mix of dread and fascination. Li Wenliang, the whistleblower Chinese doctor, who himself succumbed to the virus riveted the world. His death was mourned in China, even as the government initially censored conversations about his passing.

The Chinese government’s problematic response has created one of the most significant political challenges the Xi Jinping government has faced. Today, the heads of the Communist party in Hubei province and the city of Wuhan, the epicenter for the virus, were both fired.

This episode reminds us that global health is high politics. The stakes of a global outbreak for international relations, the global economy, and trade are enormous, independent of the impact on human lives. The nearly 1500 who have already died is a major tragedy, and we do not know if things are finally getting better.

This week, just as some analysts thought new cases had peaked, the Chinese government widened the definition to include suspected cases, since the diagnostic techniques for verifying infections have often produced false negatives, showing no infection even when people are symptomatic and ultimately do have the virus.

I’ve been hoping to have a roundtable on the topic on the Duck from global health experts, but many of the top folks I reached out to are just overwhelmed. If you are interested, do send me a note, as we would love to hear from you.

Here are the questions I posed, which I’m going to try and answer in a series of posts. This first post is mostly background on what I’ve learned about the coronavirus, but I ultimately hope to answer the following questions:

The new coronavirus COVID-19 is a respiratory illness that is spread person-to-person through coughing or coming in to contact with contaminated foods or drink. It appears to have it origins in a jump from bats to humans through some intermediary animal host, much the way the SARS virus from the early 2000s jumped from bats to civets to humans.

The scaly pangolin is suspected as an intermediary host for COVID-19, though the evidence there is not yet decisive. China’s wild animal markets are the likely source of this outbreak. Vendors keep lots of animals that otherwise wouldn’t come in contact with each other in close quarters, and they may defecate on each other or be butchered with the same knives before people consume the meat. COVID-19 doesn’t appear to be spread through fecal matter or through air conditioning systems, though people have worried about these possibilities.

It’s a novel coronavirus. We’ve had them before, but this one seems a little different. What you worry about with infectious disease is high transmission potential and high lethality.

Epidemiologists capture this transmission potential through the basic reproduction number or Ro, which is the expected number of cases generated by a single case. At first, this coronavirus was thought to have an Ro of 2-3, or on average 2 to 3 people infected for one person infected. Measles for example has an Ro of 12-18. Ebola has an Ro of 1.5-2.5. However, more recent investigations suggest that the Ro of this virus is actually between 4.4 and 6, which suggests that it is more infectious than initially thought.

Unlike Ebola where about half of the people who get it die, COVID-19 has a low mortality rate, or about 2 to 2.5%, higher in Hubei province, the epicenter of the outbreak (where it is about 4%). The death rate from this year’s flu is about 0.5% by comparison.

However, even a 2.5% death rate potentially could mean many deaths if lots of people get infected. That’s a similar rate to the 1918 Spanish flu which killed 50 million people.

Should We Be Worried?
More than 80% of the people who get infected with COVID-19 appear to have mild cases, and the most vulnerable appear to be the elderly. Men, who have much higher rates of smoking than women (about 50% compared to 2%, seem to have higher fatality rates, 4.45% to 1.25%.

Infected people may be able to transmit the virus before they show symptoms, so we’re still not sure if China’s heroic measures to quarantine both the city of Wuhan and the wider province of Hubei are likely to work in containing the virus.

The real risk is if we start to get local transmission in other parts of China or in other places outside of mainland China like Hong Kong, Singapore, or, more worrisome, places like the continent of Africa where health systems are weak (Egypt just saw a case today, the continent’s first).

In places where a handful of people have gotten infected, we are still able to practice contact tracing and isolate everyone who came into contact with an infected person and monitor their condition, but if this doesn’t work outside Hubei and outside China, we could have a disease that circulates in the population like seasonal flu, with poor and scarce diagnostic techniques to figure out if people have the virus and without a vaccine to prevent further transmission to the rest of the population.

We will then be reliant on handwashing, aggressive efforts to have people self-isolate if they get sick, and hope that the virus runs its course.

In my next post, I’ll try to evaluate the response to date from the World Health Organization, China, the reaction of other states, and what to do next.

Are the liberal internationalists wrong? On “being nice” and US foreign policy