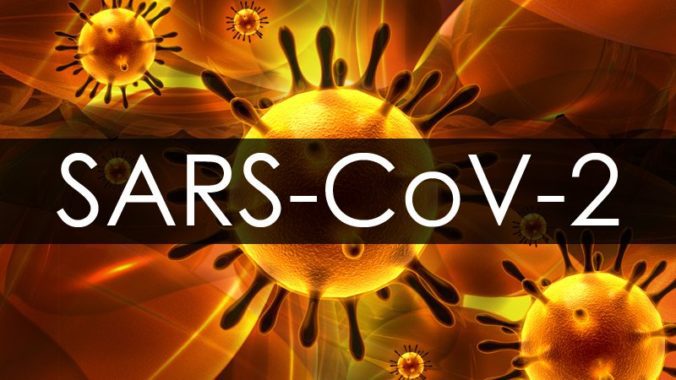 What coronavirus can tell us about Health Emergencies past, and its future

The coronavirus epidemic that is ongoing at the moment is not the first to spark global panic and it certainly won’t be the last. Looking to the future, even as we strive to end transmission and bring the epidemic to a close, we have an opportunity to examine the 21st century’s record when it comes to health emergencies. Looking from SARS to COVID19 tells us a story of technological success and political peril.

The rise of SARS, a novel coronavirus, in 2003 fulfilled fears that had been building around “the threat” of emerging infectious diseases. In addition to this, the SARS outbreak provided measures that were “﻿recognized as effective emergency responses and as blueprints for the IHR revision process”. This manifested in a number of changes to the International Health Regulations, the World Health Organization’s legally binding framework of rules, guidance and expectations for states in the event of a health emergency.

The experience of SARS-CoV’s novelty placed importance on rapid identification of viruses and their genomes. The fear being triggered by a completely new virus added weight to calls for an intensified need for biomedical research. Emphasising biomedical research enables the rapid identification of the pathogen causing the illness, and faster production of diagnostics, therapeutics, vaccines, etc. This is a technical response to the fears of disease: be biomedically capable enough to firefight against new pathogens.

Other changes, however, were social in nature. The early issues with China’s reluctance to report cases – largely put down to a fear of the economic impact of travel and trade restrictions – led to multiple responses. First, the National IHR Focal Point (NFP) was created; this was an individual/agency in each country that had a direct responsibility to report any unusual events to WHO within 24 hours. Further to this, the IHRs also enable WHO to act upon non-official reports of disease (i.e. reports not from the NFP). In return, states would follow temporary recommendations in emergencies as to whether restrictions were necessary.

A second important change was the introduction of the Public Health Emergency of International Concern (PHEIC) as part of the revisions to IHR. The power was delegated to WHO’s director-general to declare an epidemic a PHEIC. This declaration is subject to an emergency committee of experts who can recommend whether an outbreak is a PHEIC as well as make temporary recommendations. The intent here was that a PHEIC would marshal assistance from other states and give guidance on the temporary measures that might be warranted to protect public health but minimize the impact on travel and trade.

The roadmap from this point on became one of surveillance and rapid response. This entailed early detection of an event, prompt reporting to WHO, real-time data collation and sharing by the WHO secretariat, and an ensuing response aimed at containing the spread. This blueprint therefore depended upon a technical ability to rapidly respond to unusual events with pathogen detection, genetic sequencing, diagnosis, and therapeutic production. This also depended upon a legally enshrined norm that states would report incidences of diseases, and in return other states would offer assistance where necessary and not impose unnecessary travel and trade restrictions.

H1N1 to Ebola: Emergencies Strike Back

These changes have faced a number of tests since the introduction of the revised IHRs which have revealed strengths and weaknesses in this blueprint. The first of these challenges came in 2009 with the H1N1 epidemic, the first ever PHEIC. In this case, the Director-General chose not to disclose the identities of the experts on the emergency committee, which quickly led to criticism on the lack of transparency. Further to this, theories began to spread that the experts had commercial interests in the sales of Tamiflu. This exposed PHEIC declarations as not just technical in nature but political, a theme we see later in Ebola.

Following from this, the IHRs were tested again in 2014 when Ebola re-emerged in west Africa. This epidemic exposed deep deficiencies in the building of health systems capable of handling epidemic diseases. First, the declaration of a PHEIC was heavily criticised. This time, WHO was accused of bowing to political pressure from African states to not declare a PHEIC, in order to not harm the countries’ economies. Compounding this were unnecessary travel restrictions, e.g. cancelling/ refusing to issue visas to travellers from west Africa, cancelling humanitarian programmes, and refusing to accept refugees from west African countries like those put in place by countries like Australia. It is easy to see from these incidents that the norms built up post-SARS completely broke down, as panic around Ebola led the world to turn its back on west Africa.

In addition to this, the use of a Cordon Sanitaire in Monrovia which restricted the movement of people in a neighbourhood in Liberia demonstrated an issue in the use of quarantine as a tool for containment. The area of Monrovia that was closed off by this cordon sanitaire had deep mistrust of government and a belief that Ebola was a government conspiracy. This was not helped by the use of military personnel to enforce the quarantine, and eventually led to riots “looting infected materials and carrying 17 Ebola patients off into the community” undermining the containment. This opened up the issue of how a state’s responsibility to the wider international community can lead to draconian measures, impinging on human rights.

Following this came the Zika virus, the first vector-borne disease to be declared a PHEIC. This was a very different event to SARS. Not only was the disease vector-borne, a departure from the human-to-human transmission seen in previous outbreaks, but the impacts were not directly on those infected. Zika’s impacts on infant microcephaly and increases in Guillain-Barre syndrome raised a key question: what are the norms for assistance between states when the impacts of an outbreak require long-term, life-long care?

Finally, we come to the most recent outbreak of Ebola currently ongoing in the Democratic Republic of Congo. Not only was this a repeat of a still fresh challenge for the global health community, but again demonstrated the quagmire of PHEIC declaration and politics in responding to outbreaks. Delays in declaring a PHEIC again drew criticism, but were further compounded by the active civil conflict ongoing in the DRC that impaired response. This was a social situation far outside the realm of the original blueprint and challenged the notion of a medical response based on containment. Vaccine campaigns and efforts to isolate patients are much more difficult in contexts where access to communities is dependent upon more than just community trust, but perceived impartialities from the various factions in the civil conflict. This revealed another problem in the blueprint: can states have responsibilities if governance of the state is internally contested?

The post-SARS blueprint of technical capability to detect and respond biomedically and the social responsibility of states to one another, was challenged in various ways by these experiences. The entire blueprint was seemingly designed to fight a battle long gone, reacting to challenges to the blueprint as they came. Then the battle came back.

COVID19: The return of the last war

An uptick in respiratory symptoms in Wuhan, a city in China’s Hubei province; the source of this uptick was a novel coronavirus; clinical features of the virus were unknown and had not been characterised. This was all eerily familiar. We had been preparing for exactly this for decades.

From the perspective of the technical response, the improvements that can be seen between COVID19 and SARS are significant. The identification of the virus was incredibly rapid, coming in a matter of weeks, not months. In addition to this, the rapid production of a diagnostic test and the sheer volume of data and clinical information sharing that has occurred during this outbreak demonstrates a clear improvement on previous outbreaks. This technical capacity has clearly been built to a significant extent between the two outbreaks, looking at the social and political situation we see a very different situation.

The social lessons from the various outbreaks, but importantly relating to the SARS outbreak, have not improved to the same degree. First, if we look at PHEIC declarations, WHO again fell under criticism for delays in declaration, again convening emergency committees which resulted in no initial declaration of a PHEIC. Here we see political considerations again entering into what is supposedly a technical decision.

This outbreak of COVID19 is precisely what the global health community has been preparing for since before the turn of the millennium. Intensified by SARS, billions of dollars worldwide have been invested in preparedness initiatives, emergency financing programmes, and more lessons-learned documents than a single individual could reasonably read (believe me, I’ve tried). Technically, our ability to prevent, detect, and respond to outbreaks has come on leaps and bounds in the 21st Century.

Socially, however, our approaches, fears, and norms have remained startlingly similar to the isolation of ships in 14th Century Europe that spawned the word ‘quarantine.’ The way forward requires tackling deep-rooted issues in the social and political infrastructures of national and international health systems, technology won’t save us.

Cooking up a Constitution