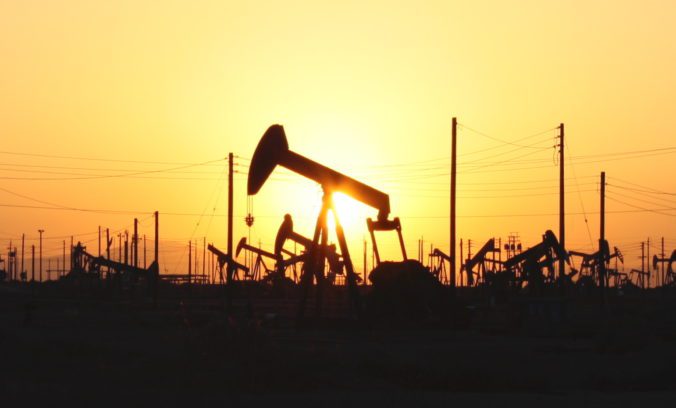 This is a guest post from Emily Meierding, who is an Assistant Professor of National Security Affairs at the Naval Postgraduate School in Monterey, CA. Her book, The Oil Wars Myth: Petroleum and the Causes of International Conflict, has just been published by Cornell University Press. The views expressed here do not represent the perspective of the US Navy or Department of Defense.

The global oil market has entered uncharted territory. On Monday, the price of WTI crude, the US oil benchmark, went negative for the first time in history, closing at -$37 per barrel. What happened? And what does it mean for international petroleum politics?

Market fundamentals—oil supply and demand—were the proximate cause of the price collapse. Since the COVID-19 pandemic began earlier this year, global oil demand has dropped by twenty to thirty percent. In the United States, consumption of petroleum productions has fallen thirty-one percent since January.

However, oil supplies have yet to decline. Although OPEC+ members decided earlier this month to cut their oil output by 9.7 million barrels per day, the agreement does not go into effect until May 1. In the meantime, many countries have been pumping at record levels, in response to the price war Saudi Arabia and Russia launched in March.

With demand collapsing, there is nowhere for a lot of this oil to go. Refineries aren’t buying and storage facilities are rapidly filling. In Cushing, Oklahoma, the delivery point for WTI crude, all storage capacity is either physically full or reserved.

That brings us to the immediate cause of Monday’s price collapse: the vagaries of the oil futures market. Oil traders buy and sell contracts for future deliveries of oil. These contracts are usually for delivery the next month. So, in April, traders are buying and selling for delivery in May.

As the end of each month approaches, traders with contracts to buy resources have two choices. They can “take delivery” of the oil resources they’ve contracted. Or, they can “roll over” their contracts by selling the current ones and buying new ones, for the next month. Most traders don’t want to take delivery. They buy and sell futures to make money, not to obtain oil resources. So, they try to sell their contracts before each month’s expiry date.

The May WTI futures contract was set to expire this Tuesday. On Monday, traders that still held contracts to buy in May, but didn’t want to take delivery, were trying to sell. To their extreme chagrin, there were no buyers. And storage at Cushing—the delivery point—was full, so they couldn’t offload their oil locally. Traders panicked and prices cratered. Once they dropped below zero, traders were literally paying buyers to take oil off their hands.

However, on Tuesday, the June contracts for Brent and WTI started to sag. They haven’t approached negative territory. But they’re both below $25 per barrel: prices we haven’t seen since the 1998–99 Asian financial crisis. This slump suggests that low oil prices are here to stay, until the COVID-19 pandemic eases and global oil demand revives.

What Does It Mean?

For international petroleum politics, the consequences of the oil price collapse fall into three categories: the theoretically good, the unambiguously bad, and the uncertain.

The theoretically good news is that, for oil-importing countries, low oil prices usually boost economic growth. They reduce the costs of agriculture, manufacturing, and transportation, which lowers consumers’ costs and stimulates domestic spending. However, in the midst of a pandemic, consumers can’t take advantage of low oil prices. In the United States, transportation and manufacturing have ground to a halt, while mass unemployment is discouraging consumer spending. As a result, low oil prices’ positive effects for the United states will be limited. In contrast, countries that emerge from the pandemic while prices are low, like China, could benefit.

The unambiguously bad news is that the oil price collapse is hitting oil producers hard. This includes US shale oil companies. Their stock values were already falling, by the end of January. When the oil price war began in March, some companies’ stock values dropped another forty percent in one day. One prominent company, Whiting Petroleum, has already gone bankrupt. More are expected to follow. The US oil regions, including east Texas and North Dakota, are experiencing mass layoffs.

Oil-producing countries are also suffering. With oil prices under $25 per barrel, only a few countries, like Saudi Arabia, can profitably extract oil resources. No oil-producing countries can balance their budgets at that price. Russia needs $42 per barrel to balance its budget, Saudi Arabia needs $84, and Iran needs $195. States that are heavily dependent on oil revenue and lack substantial financial reserves will need to dramatically cut their spending or borrow heavily to maintain their fiscal balances. Both of these strategies could produce or aggravate social instability.

The ambiguous news concerns international conflict. One apparent upside of the oil price collapse is that it definitively eliminates the threat of international “oil wars.” In a world awash with petroleum resources, why would states fight over them? And if countries stop trying to grab each other’s oil resources, surely we’ll see a reduction in interstate conflict.

There’s just one problem with this argument. As I show in my book, The Oil Wars Myth: Petroleum and the Causes of International Conflict (Cornell University Press), states have never fought wars to grab oil resources.

The international conflicts that we commonly attribute to countries’ petroleum ambitious, including World War II, Iraq’s invasion of Kuwait, the Iran–Iraq War, and the Chaco War between Bolivia and Paraguay, were actually fought for other reasons. Governments launched these conflicts because of aspirations to regional hegemony, domestic politics, perceived international threats, and national pride, not because they wanted to seize other countries’ oil. Most of the smaller-scale conflicts that occurred in oil-rich areas over the last century were also instigated for non-oil reasons. Eliminating international oil wars won’t reduce the frequency of international conflicts, because we didn’t have international oil wars to begin with.

However, low oil prices could affect the frequency of international conflict in two other ways.

First, low oil prices could make oil-producing countries less aggressive. As their resource revenue falls, oil producers may decide that they can’t afford international aggression. Cullen Hendrix has found that, when oil prices are low, producers initiate fewer international conflicts. During the current oil price collapse, Saudi Arabia has already declared a ceasefire in its war in Yemen. Russia could also decide to decrease its foreign policy entanglements, especially in more distant locales, like Syria. If the Saudis and Russians both retrench, their relations could become more harmonious: a startling epilogue to the recent price war. Meanwhile, all oil producers will think twice before embroiling themselves in costly new international conflicts.

The second dynamic pushes in the opposite direction. Low oil prices could make some oil-producing countries more aggressive. Falling resource revenue will cause or exacerbate economic crises in many oil-producing states. To divert popular attention from these crises and generate rally-round-the-flag effects, beleaguered state leaders may decide to attack their neighbors. Venezuelan President Nicolas Maduro employed this strategy after oil prices dropped in 2014–15, reasserting his state’s claims to Guyanese territory as Venezuela’s economic crisis deepened.

Other oil producers with easily accessible rivals could do the same. Iran could again attack Saudi Arabia, the Saudis could intensify their feud with Qatar, Azerbaijan could target Armenia, Nigeria could reactivate its territorial dispute with Cameroon, Algeria could pick a fight with Morocco, Equatorial Guinea and Gabon could reenergize their disagreement over contested islands, or Russia could attack any number of its neighbors.

Budgetary constraints should limit the scope of oil producers’ international aggression. However, as economic crises intensify, the potential for larger domestic or international ruptures will increase. And then, the oil price collapse could get ugly.