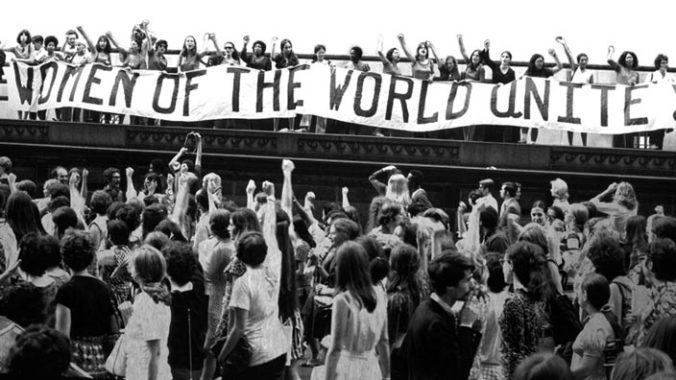 The effects of COVID-19 are invariably exacerbated by existing inequalities; those already in crisis on the margins of (global) society, whether as a result of wars, colonial legacies or current economic priorities, are disproportionally dying. We can see this clearly in the first sets of disaggregated data coming out of the US/ UK – already underprivileged regions, classes, races, especially when these intersect with age, are disproportionally affected.

The widely-adopted policy of social distancing is a policy of privilege. Social distancing is not possible for those who are incarcerated in crowded prisons or trapped in camps, whether at the edges of Europe and the U.S., in Bangladesh and Syria, or elsewhere in the world, displaced by war and environmental devastation. It is not achievable for those whose survival depends on being in close proximity to others or whose obligations to others mean they have to go “out there”. At the same time, strong community support and solidarity is key to survival for many, and social distancing itself can be the cause of new deaths.

COVID-19 will affect women and girls differently on a variety of levels, both because of the already existing devastating impact of domestic violence which is exacerbated during lockdowns, and because they are doing much of the crucial caring labor at home and in their communities.

Notably, the likelihood of increased intimate partner violence is getting high-level attention during this pandemic, suggesting that feminist insights have become (to an extent) mainstreamed. The designation of grocery clerks, garbage collectors and delivery persons as critical workers during this crisis, in addition to newfound recognition for the work of nurses and teachers (professions dominated by women), is showing that this work matters and should be compensated accordingly.

Those of us who have been paying attention already know these things. We know the ever-increasing levels of inequality cannot be sustained; the continued oppression of large parts of the world population and exploitation of the world’s natural resources to benefit the few is not only unjust, but has dire consequences for us all.

COVID-19 is revealing the crisis that has been with us – and it is time that we address it.

Addressing the ongoing crisis requires intersectional feminist analysis at a variety of levels; it requires the insights that feminist scholars and activists have been developing for at least a century – and are continuing to refine today, being more expansive and inclusive than ever.

Feminist were organizing for women’s access to education and right to participate in democratic decision making throughout the late 19th century into the early 20th century. Feminist were organizing working women at the turn of the century, demanding decent working conditions and fair wages. Feminists were protesting war economies before World War One and warning of the consequences of the Versailles Treaty at its end.

Feminists were organizing public health campaigns and demanding access to reproductive health in the 1920s and 30s. Feminists were variously protesting and joining the fight, during the 1940s, 50s and 60s, also in struggles for colonial liberation, demanding a say in their personal and national destinies. Feminists were writing about the links between extractive economies, environmental degradation, health and masculinities in the 1960s. Feminist were making links between gender oppression, racism and economic inequalities in the 1970s. On the brink of nuclear catastrophe in the 1980s, feminists were pointing out the need to move from war to peace economies, and in the 1990s they gathered, once again, to develop the Beijing Platform for Action. In the 2000s, feminists have mobilized at the UN and beyond, through the Women, Peace & Security agenda, but also in many other ways, all around the world.

Since many of us have been studying and organizing around these issues, we already know that we need:

We have done the work and know what to do going forward; the ideas have been lying around for a while. Feminists, with our transnational networks and experience organizing virtually, are well placed to take the lead. Now we need to mobilize to make transformative feminist policies a reality, starting with very concrete steps. Otherwise, the same old ideas that have brought us here, will again enrich the few and ensure that we continue to hurl from one crisis to the next.

COVID-19 has shown us that when there is the political will, governments are able to make drastic changes to its priorities and reallocate the necessary funding. Let us demand new political priorities now.