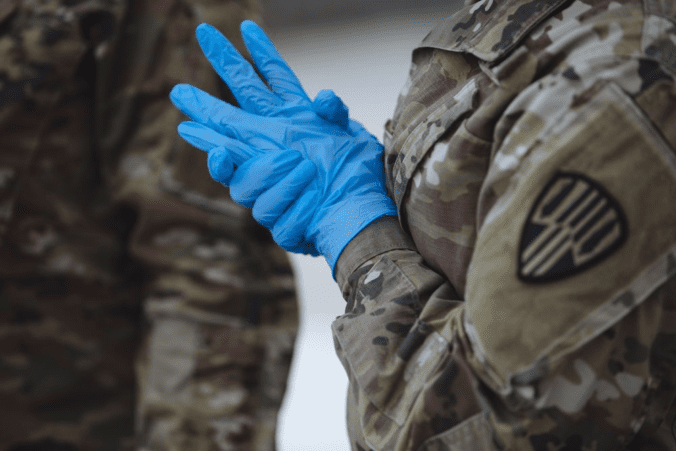 What’s wrong with the war metaphor

As governments around the world grapple with the Covid-19 crisis several are reaching for the metaphor of war to convey the urgency and gravity surrounding the pandemic.

There are obvious advantages to this strategy.  Historically, the language of war has functioned as a powerful mechanism for collective mobilization and emergency action.  It can suspend partisanship, free government agencies of burdensome rules, and activate extraordinary powers on behalf of the executive.  Even more, it can revive memories of shared sacrifice—as in World War 2—which can serve as inspiration and even comfort in uncertain times.

At the same time the war metaphor comes with a number of risks.  One problem is that it risks positioning militaries as the leading responders to the Covid-19 crisis.  As academics studying the securitization of AIDS/HIV have noted, this can lead to limited resources being diverted from public health systems and towards the military.

Second, militaries are often powerful sources of expertise and capacity but they don’t always have the relevant expertise and capacity to respond to a pandemic.  As secretive and hierarchical institutions focused primarily on “the arts of killing and destroying”, militaries are often a poor fit for crises outside their areas of expertise.  During the 2014 Ebola epidemic in Liberia the military was used to enforce a hastily erected quarantine.  As the New York Times reports, the soldiers responded to protests with live ammunition leading to the death of a 15-year-old boy.  When the untrained and unequipped meet the unexpected the results can be tragic.

Third, one peculiar effect of the war metaphor is that it demands the creation of an enemy.  Yet for many people a virus is too abstract to qualify.  The result is that you personify the enemy by fusing it to a particular group.  The consequences have been predictably racist: the FBI is now warning of a spike in hate crimes against Asian Americans amid Covid-19.

Fourth, the war metaphor easily invites a siege mentality where the world is viewed in zero-sum terms and one country’s gain is another’s loss.  This leads to a dismissal of the absolute gains that can be made from sharing information, stockpiles, and maintaining global supply chains.  Just two weeks ago the editors at Nature—one of the world’s preeminent scientific journals—penned an editorial arguing that “International cooperation will save lives”.

Fifth, what happens if you lose the war?  In the absence of clear and compelling signs of victory the outcome can look like a defeat.  As scholars studying the wars in Afghanistan and Iraq observe, the failure to achieve a clear and decisive victory can leave a lasting sense of anxiety and trauma in a society.  This is especially true for nations like America whose political culture places a high premium on ‘winning’ wars.  In America there is still time to turn the response around and I certainly hope that happens.  But right now it appears that the country will be one of the hardest hit and it will be due to a series of self-inflicted political failures.  Politicians invoking the rhetoric of war might be hoping a victory in the mould of VE or VJ Day is just over the horizon.  Instead Vietnam might be a more apt metaphor—thousands of wasted lives, incompetent leadership, and government which failed tell the truth at nearly every turn.

It would be comforting to hope that when the dust settles that America will be propelled into an intense period of self-reflection and reconstruction.  This could be a moment of profound transformation where all Americans finally get the public healthcare they so sorely deserve and those who failed are held to account.  But a darker scenario may be just as likely: blaming groups for snatching defeat from the jaws of victory.  The narrative risks being “America could have won the war on Corona if not for globalists, migrants, Jews” or whatever group can most effectively be scapegoated at the time.  The failure of the war metaphor to yield a righteous victory could just as easily lead to a revivification of baser prejudices and the need for the defeat to be laid at the feet of some ‘other’.

None of this denies the urgency and gravity of the Covid-19 pandemic.  Nor does it suggest that the military should excluded from the response—it can play a supporting role to the leadership of public health officials.  It is simply to say that how we talk about the Covid-19 pandemic powerfully frames how we think about the response.  The war metaphor may sound comforting and familiar, but a closer look reveals how it is fraught with its own dangers.