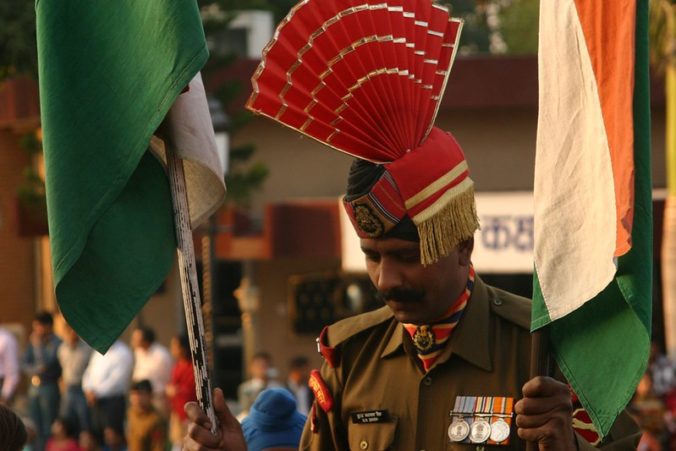 Coronavirus, Communal Violence, and the Politics of Rivalry in India and Pakistan

This is a guest post by Elizabeth Radziszewski, Assistant Professor at Rider University and author of forthcoming book Private Militaries and Security Industry in Civil Wars: Competition and Market Accountability (Oxford University Press) and Jonathan M. DiCicco, Associate Professor of Political Science and International Relations at Middle Tennessee State University and a Senior Fellow with the TransResearch Consortium.

While the world has been coping with the disastrous COVID-19 pandemic, India and Pakistan have experienced the worst cross-border fighting in two years. Unfortunately, this fight is not against the virus. Instead, it is a continuation of the two enemies’ rivalry over Kashmir, a disputed territory each claims as its own.

The tensions might have come as a surprise to those hoping that the shared experience of COVID-19 would have created an opening for dialogue and rapprochement between the rival states. In fact, past research shows that disasters have the potential to give rise to “disaster diplomacy,” with joint relief efforts generating trust and the momentum key to initiating or restarting peace talks. Disasters can evoke popular empathy and a sense of shared humanity that can sideline hard feelings among the mass public. This enables political elites to engage with the rival with less fear of facing domestic political costs for reaching out to a long-standing enemy.

That said, not only has disaster diplomacy failed to materialize for India and Pakistan in the midst of the pandemic, but it appears that COVID-19 may have helped push the two countries closer to the precipice of war. Our published research with Seden Akcinaroglu helps explain why disaster diplomacy has failed to launch, and why the pandemic is associated with an increase, rather than a decrease, in tensions.

We found in our work on post-disaster socio-political aftershocks that disasters’ positive effect on reducing conflict between long-term enemies works only when leaders are interested in rapprochement but fear opposition from the public. Once disaster happens and feelings of empathy are activated towards civilian victims in an enemy state, the public can make it acceptable for the leaders to take the risky step involved in initiating sustainable and meaningful cooperation. In the case of India and Pakistan, there are serious interstate and domestic obstacles to cooperation.

One problem in India and Pakistan is that leaders do not seem genuinely interested in peace. While during his initial years in power, India’s Narendra Modi displayed more of a peace-oriented stand towards Pakistan, his approach has turned considerably hawkish during the past three years. His Hindu-nationalist BJP party often capitalizes on anti-Pakistan sentiments to discredit the opposition, the Congress. Pakistan’s Imran Khan has at times mirrored this hawkishness. While initially open to Modi’s positive overtures, in January Khan warned the UN of looming nuclear war with India over Kashmir.

The current pandemic is likely to play on the two leaders’ ongoing fears and suspicion of the other with the potential for the crisis to escalate even more, for at least two strategic reasons. First, uncertainty about the effects of a pandemic on the rivalry could push one or both sides to strengthen its resource base in Kashmir by bringing additional troops to the region, which the enemy is likely to see as a provocation. Second, the pandemic may prompt increased state-sponsored assistance of militant groups in the disputed territory — either to support such groups in the midst of a disaster, or to capitalize on the international community’s diverted focus on the disaster and not the rivalry. India has already accused Pakistan of sending more militants into Kashmir.

Another problem resides at the domestic-societal level, where COVID’s spread has jangled nerves and has exacerbated rivalry-related animosities and distrust. Consequently – and contrary to the hopes of those who uncritically embrace disaster diplomacy– the pandemic has not generated empathy at the societal level.

Most disasters tend to be short-lived, but the COVID-19 pandemic promises to drag on for months and reveal weaknesses in government capacity and leadership. Strategic leaders may seek to escape the responsibility for crumbling health care and poorly administered lockdown procedures by focusing on the ‘other’ as the culprit behind the failures.

In India, the opportunity for internal scapegoating of the “other” is greater than in Pakistan, as the Muslim minority constitutes 14 percent of the population, in comparison to only two percent of Hindus living in Pakistan. Indeed, in India, social media was quick to blame Muslims for spreading “Corona Jihad,” with false information claiming that Muslims intentionally cough and spit at the police. Preliminary evidence suggests that Delhi Police may have been behind incendiary campaigns of this sort.

Only in the bigger context of Hindu-Muslim violence can we understand how these scapegoating tactics work to affect the politics of rivalry. They effectively dash any hope that disaster-induced empathy and shared humanity will reduce societal antagonism against the rival. Our work shows that routine and institutionalized communal violence creates a strong fear of the enemy that has a direct impact on sustaining international rivalry. This type of violence makes it incredibly difficult to change a negative rivalry dynamic, even for more dovish leaders. In this way, localized violence and othering reinforces interstate rivalry and serves as an impediment to cooperation.

When the uncertainty about the trajectory of COVID-19 and the disaster-related scapegoating are layered upon the ongoing history of Hindu-Muslim communal violence, it is not surprising that the current pandemic has failed to elicit positive emotions so vital for altering a locked-in dynamic of an international rivalry. What makes the situation particularly challenging is the double hit of of hawkish attitudes at the governmental and societal level. In rivalries like this one – with significant escalatory potential and domestic politics that amplify conflict dynamics – the international community has an opportunity and arguably a responsibility to counteract the tensions.

The current crisis between India and Pakistan has global consequences and requires more attention from outside players, especially as the pandemic extends into the future. Both countries are nuclear states, and, given India’s conventional superiority, it would not be unthinkable for Pakistan to use tactical nuclear weapons if the situation deteriorates further.

Countries that make it over the statistical hump of infections should re-invest in conflict management despite lockdowns, travel bans, and social distancing requirements. After we flatten the curve, we should work to flatten obstacles to international cooperation – especially when it concerns India and Pakistan.

The U.S., in particular, has both the incentive and considerable leverage to help contain disaster-fueled tensions in Kashmir. In fact, it has done so in past crises between India and Pakistan. The present situation might be even more urgent. In light of the growing tensions between the U.S. and China, it is in the Trump administration’s interest to see India focus its attention on balancing against China rather than on devoting more resources towards its rivalry with Pakistan. Trump’s recent visit to India reflects his goal of developing stronger security and economic linkages to limit China’s influence in the Asia Pacific. India’s ongoing crisis with Pakistan threatens this objective.

Although it seems as if the U.S. is courting India so it gravitates closer to the U.S., the Trump administration has the ability to exert influence on its strategic partner. For example, it could use India’s need to access U.S. markets to offset export contraction from the pandemic as a carrot for reducing tensions in Kashmir. India has long-standing border disputes with China, with the most recent flare-up resulting in 11 injured Indian soldiers in an area near Tibet. Escalating tensions with China means that defense cooperation with the U.S. is increasingly important for India. While the U.S. cut its security assistance to Pakistan since Trump took office, discussions about reinstating assistance could be linked to restraint in the country’s dealings with India.

While these efforts may not resolve the decades-old tensions they could be a step toward containing the violence (and the virus), and preventing further crisis escalation during a time of increased uncertainty and vulnerability.

The World Health Organization already has a review mechanism: here’s how it works and how it can be better

COVID-19 is accelerating the power transition between the U.S. and China