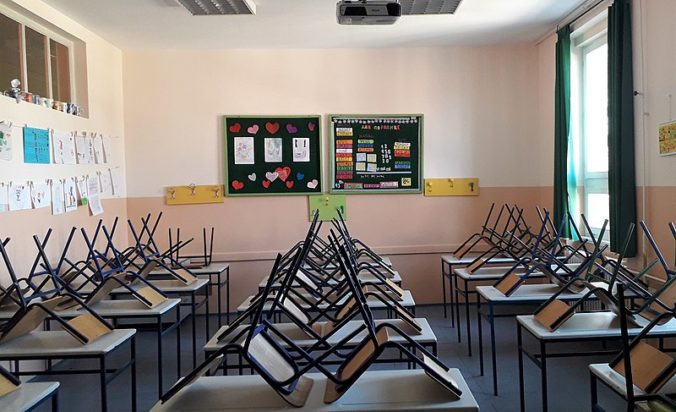 When norms collide: The COVID-19 pandemic and difficult choices on the hierarchy of norms and values

This is a guest post from Sassan Gholiagha, Anna Holzscheiter, and Andrea Liese. They are currently working together on a project on norm collisions in global politics funded by the German Research Foundation. Sassan is a postdoctoral researcher at the WZB Berlin. He has worked on norms, the Responsibility to Protect, and drones. Anna holds the chair for political science with a  focus on international politics at the TU Dresden and heads the research group on Governance of Global Health at the WZB. Her areas of interest are children rights, discourse analysis, and global health. Andrea holds the chair for International Organizations and Policies at the University of Potsdam. Her areas of interest are international organizations, international norms, and international human rights policy.

Politics, as famously defined by David Easton, is the “authoritative allocation of values”, such as welfare, security, and liberty. Politicians thus have to weigh these values against each other in cases in which they collide. Four months into the current pandemic, we are able to observe a growing awareness for norm collisions between the right to life and well-being associated with COVID-19 on the one hand and a broad array of other norms. In this post, we will discuss the politics surrounding COVID-19 as being, fundamentally, about difficult decisions on hierarchies between norms in cases where they collide.

What happens to previous norm balances in a case of emergency or a case, where the right to life is prioritized over other values? During the past weeks, states have interfered with freedom of religion and prohibited churches, synagogues, and mosques to conduct their services in order to protect public and individual health. To slow down the spread of the virus, schools have been closed in 191 countries around the world, with  nearly 1.6 billion of pupils out of school. For a lucky portion of pupils in more developed countries this new norm prioritization means ‘just’ long-distance learning by digital classroom. For millions of others, it simply means no education at all, as they lack a quiet place to study or lack digital infrastructure and equipment. Their right to education is without doubt violated.

Policy choices in the face of the COVID-19 pandemic lead to reconfigurations of established norm hierarchies. They are accompanied by inevitable societal conflicts and contentious debates. In the face of an actual or threatening health crisis, the protection of public health  and, particularly, vulnerable groups that should not be exposed to SARS-CoV-2 has been given more weight than, for example, the right of children to play, to be amongst other children, and to receive adequate care and education at day care facilities. Not only this, but children’s health has also been compromised as it turns out that that measles immunization campaigns have already been delayed in 24 countries, and further postponements are expected. The same applies to patients suffering from cardiac diseases or strokes, who have been reported to avoid emergency rooms during the lock-down.  As the pandemic goes into its fourth month, we can observe strong similarities in the ways in which governments have prioritised values in their response to COVID-19. But we can also see that in important ways they have dealt with these norm collisions differently.

Some governments, such as Denmark or Sweden have chosen to give more weight to the needs and rights of children, while others, such as Germany, have been quite oblivious to the psychosocial needs of children, with child care and play grounds closed or even, as in Italy, week-long prohibitions for children to leave the house. UNICEF and others have warned that children could very well be the “hidden victims” of COVID19. The norm collisions emerging in the context of these extraordinary measures are, thus, as ‘dynamic’ as the situation itself – necessitating a constant re-consideration of the appropriateness and proportionality not only of the measures themselves but also of the hierarchies of values justifying them.

The most radical decisions characterising the COVID-19 Pandemic are decisions on whose lives matter more than others. In situations in which there are not sufficient intensive care units available, who should be placed on a ventilator? The 35-year-old father of two? The 85-year-old grandmother with severe preconditions? Doctors are familiar with taking such decisions. These conflicts and related value choices also have a distributional dimension, because they require weighing the value of two or more lives against each other by taking into account the distribution of wellbeing that a specific choice will lead to (Broome, 2004, p. 31).

Such choices also have a temporal dimension, because current health problems (COVID-19) that cost lives are weighed against problems that will cost lives in the future. Lockdowns, social isolation, and fears of losing one’s livelihood are expected to heighten physical and mental health problems, including cardiovascular diseases,, and have already lead to an increase in suicides and domestic violence. The WHO has reported that responses to COVID-19 caused disruptions in the supply chains of essential malaria-related commodities. And vulnerable groups such as migrants, IDPs, and, refugees face additional discrimination. Asylum-seekers are particularly hard hit by the decision by 57 states to close the borders to them.

Whose Right to Life and Right to Health?

All governments in countries hard-hit by the pandemic prioritize a rather underspecified right to life over other rights. Yet, the prioritization does not mean that the conflicts between the multiple human rights vanish. Governments have decided on a prioritization of one norm over another and thus have destabilized a long existing balance between them.

Furthermore, the ‘right to life’ frame also shows that values and norms – and decisions of how to prioritize them – are very situation-specific, particularly where we talk about health problems. Thinking about examples outside of a pandemic, the recurrent contentious debates on organ donation, abortion, and obligatory vaccinations, where the right to life of various groups and individual are weighed against each other come to mind. It seems as if presenting health politics as being always about saving the lives of some while sacrificing the lives of others rather than just being about ‘saving lives’ is a taboo. However, there are economic choices – on the prices of medication and therapies, on the price of each individual COVID-19-test, and on who is enabled to receive that test, on financial cuts to pediatric care, to intensive care, to the care of the homeless, i.e. everywhere in the health system – involved in health politics. These may explain how norm collisions are eventually resolved and which norms are prioritized.

The world is facing a global public health emergency. Governments have to respond to save lives and guarantee the right to health. Yet, there is reason for concern: many of the emergency measures run risk to create new problems and exacerbate existing ones. They protect important human rights, but violate others. They protect the lives and well-being of some – but not of others. They are based on the privileged consultation of some groups but without the participation of the wider public and representatives of vulnerable groups.

As political scientists we seek to expose the ‘politics’ behind the seemingly natural  prioritization of norms and values and the allocation of resources that comes with them. Irrespective of whether they are couched in technical or medical term, the decisions governments make remain political in David Easton’s sense of the word.