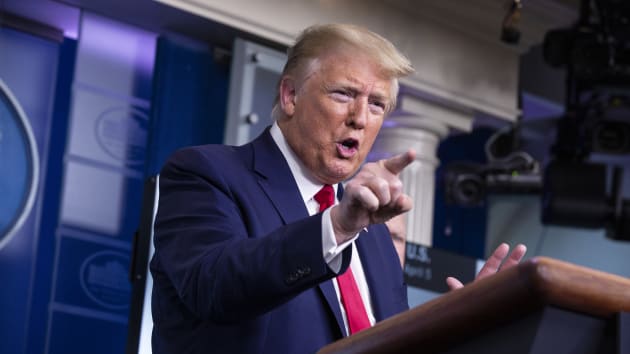 WHO’s to Blame? Coronavirus and the Politics of Blame Shifting

The following is a guest post by Isabella Alcañiz and Timothy Hellwig. Isabella Alcañiz is Associate Professor of Government and Politics at the University of Maryland. Her research interests include climate inequality, disaster policy, the state in the global south, and Latin American politics. She is author of Environmental and Nuclear Networks in the Global South: How Skills Shape International Cooperation (2016, Cambridge). Timothy Hellwig is Professor of Political Science and Academic Director of the Europe Gateway at Indiana University.  He is a team member of the Executive Approval Project and coauthor of Democracy Under Siege? Parties, Voters, and Elections After the Great Recession (forthcoming, Oxford).

Last week, President Donald Trump threatened to permanently cut US funding to the World Health Organization and eventually leave the institution. The opening salvo of Trump’s war against the United Nations agency in charge of global public health came a month ago, when the American president first stopped paying US dues. To many, Trump’s escalating threats to the very organization tasked with monitoring, evaluating, and communicating global health risks during the coronavirus pandemic is equivalent to dismissing the generals on the way into battle. The move has left the United States further isolated in the international arena, with key European allies declaring their support of the UN agency.

Trump maintains that the WHO’s response during the early days of the COVID-19 crisis justified his unprecedented move. The WHO, he claims, failed to acknowledge reports of the virus out of Wuhan, China in late 2019 even though there was yet to be substantiated evidence to the effect. Rather, the WHO began monitoring the situation in the Chinese province once the first public reports about a novel coronavirus surfaced and issued early guidance about contact protection shortly after the first of the year. In his letter breaking up with the organization, Trump also accused the international organization of showering praise on China and accepting its coronavirus-related data without question. However, this charge is not based on evidence and, given Trump’s own approval of Chinese President Xi Jinping’s response to the pandemic, rings hollow.

The threat to halt funding permanently to the world’s pre-eminent public health agency during a public health crisis appears highly reckless. Trump’s actions, however, are more strategic than they first seem.

Research in political science documents that when faced with dire outcomes, elected leaders overwhelmingly adopt one of two strategies. The first is issue shifting; that is, changing the public conversation by changing the issue agenda. For instance, when faced with an economic downturn, governing parties may emphasize a set of issues other than the economy. President Trump has taken stabs at this strategy. For instance, in late April he tried to use COVID-19 to pivot to immigration, an issue which has served him well. The new travel ban on Brazil announced this Memorial Day weekend can be understood as another attempt to shift public attention to the issue of immigration. While the South American country has had a dramatic surge of coronavirus cases in the last 10 days, it remains well behind the United States in number of infected and dead. Comparably, the Trump Administration hopes that the recent reexamination of the Michael Flynn investigation satisfies a similar purpose. By and large, however, issue shifting has proven ineffective at deflecting attention from the pandemic. The toll of the crisis in the United States, with 100,000 dead and well over a million and a half of cases, is too great.

Politicians’ inability to control what the public debates leads them to try to manage who they hold accountable. This entails a strategy of blame shifting. According to this strategy, leaders acknowledge the gravity of the crisis but absolve themselves from responsibility by shifting it elsewhere.

Blame in the Time of Coronavirus

The politics of blame have flourished during the pandemic. Politicians know that when bad things happen (from high unemployment to a natural disaster), avoiding blame for poor management is more important than receiving credit for good policy. Few take this mandate to heart more than President Trump. Before pointing his finger at the WHO, the US president initially blamed the Democratic Party for spreading fear by pushing a “pandemic hoax” and traded daily barbs for weeks on end with democratic governors, especially New York Governor Andrew Cuomo. Like a game of hot potato, political foes toss back and forth accusations of mishandling the public health emergency and its economic fallout. Why the heightened blame game?

While all politicians seek to diffuse responsibility for political blunders by scapegoating opponents, this incentive is stronger in countries with high levels of political polarization. When the electorate is polarized, politics become zero-sum. Political points scored by one side mean that the other experiences loss. In polarized political systems, national leaders have ready-made targets in their political opponents and willing believers in their supporters. Anti-establishment populist leaders like Trump, Brazil’s Jair Bolsonaro, or Hungary’s Victor Orban, thrive under polarized systems, which create enemies out of opponents.

The Politics of Blame

Presidents can attempt to shift responsibility in different directions for negative events which occur on their watch. Sometimes, they cast blame down to subnational politicians. Brazilian President Bolsonaro, for instance, has been embroiled in a nasty and brutish fight against the country’s governors, who he is attempting to scapegoat for the economic fallout of the pandemic. Other times national leaders shift sideways, blaming lawmakers, such as President Nayib Bukele of El Salvador. Bukele recently declared a state of emergency to fight the pandemic without the authorization of congress, doing so just two months after he stormed the national assembly with the military because legislators would not approve one of his bill initiatives. Finally, presidents may shift blame upwards to international actors, as Trump in his fight with the World Health Organization. Politicians often try to scapegoat international actors for their own blunders at home, with varying success. In our research on Latin American voters and responsibility attribution, we show that international actors can be an effective target of blame for national politicians. In the Latin American context, these international targets commonly take the form of the World Bank or International Monetary Fund. For Trump, it’s the WHO.

Will Trump’s attempt to scapegoat the WHO for the COVID-19 pandemic pay off? To the extent that Trump continues to pursue a base-focused strategy for November, it just might.  There are three reasons why Trump’s deflection of blame against an international organization like the WHO may work, at least in the short term.

The first reason follows the populist playbook. Populist movements of the sort the Republican Party is morphing into cannot be sustained without an enemy. In the opposition, the set of enemies is endless and includes minorities, the deep state, politicians, and so on. But when the populist is in charge, he risks becoming part of this in-crowd. So casting blame to international actors is one of a shorter list of credible targets of responsibility.

The second reason plays on the public’s lack of information and, hence, pliability to new information. Surveys show that citizens are often aware of international forces and actors that shape domestic policy outcomes. This was particularly pervasive among citizens in developing economies. But a surge of nativist and isolationist movements and leaders across the US and Europe, has made worthy opponents out of former international weaklings.

Third, distribution of blame increases when politicians are ideologically consistent in who and how they assign blame. For example, leftist governments can effectively distribute blame to the IMF and the World Trade Organization because these politicians are credible critics of market-oriented reforms to their constituents. In contrast, nativist politicians like Trump can credibly place responsibility on IOs like the WHO which, in the eyes of their supporters, appear as a paternalistic supranational agency.

The COVID-19 pandemic has been at once a public health crisis, an economic crisis, and a crisis of national leadership. While some governments have responded to the threat with decisive action, the responses from many others have alternated between minimizing the severity of the virus with attempts to shift blame onto others. President Trump has embraced the latter. In terms of catering to his base, this makes good sense. The president’s political base has blind faith in his accusations as well as in his downplaying of the threat posed by the pandemic. But while they may be the most expedient choice for politicians seeking re-election, blame shifting strategies also have a downside. Trump may be able to deflect responsibility to the WHO today. He might even be able to shift blame to the UN agency next month. And of course, there is always China as his most reliable foreign foe. But blame shifting is a short-term ploy. With the presidential election in November and the COVID-19 pandemic expected to last at least another 18 months, the strategy of blame shifting will undoubtedly lose its effectiveness and, thus, require alternative strategies like issue shifting or, perhaps, effective policy in response.

COVID-19 is accelerating the power transition between the U.S. and China

Democracy (still) on the Edge: An Analysis of Brazil’s Political Response to the Covid-19 Crisis