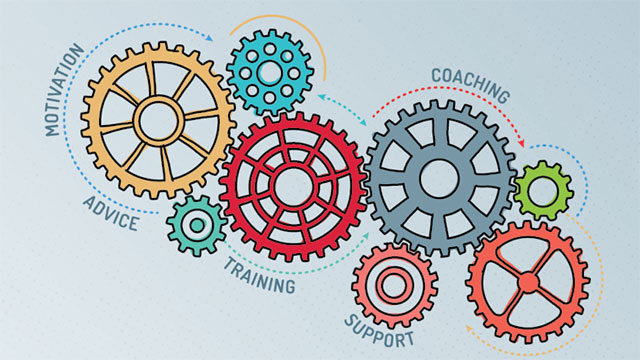 Mentoring Is What You Make Of It

This post is written by Bridging the Gap co-Director Naazneen H. Barma, Associate Professor of National Security Affairs at the Naval Postgraduate School.

This piece kicks off a short forum on mentoring in academic careers in international affairs, written to honor Kathleen R. McNamara, Professor of Government and Foreign Service at Georgetown University, as recipient of the Society for Women in International Political Economy (SWIPE) 2020 Mentor Award. Kate was due to receive this award, which pays tribute to excellent mentors who have invested in the professional success of women in the IPE field, at a roundtable in her honor at the 2020 International Studies Association Annual Convention in Honolulu, Hawai’i. The contributions to this forum reflect remarks originally prepared to celebrate Kate’s award and her noteworthy contributions to mentoring in the profession. Four more pieces, written by Diana Kim, Ji-Young Lee, Tana Johnson, and Kate McNamara will follow on this channel over the next week.

A long time ago, in a galaxy far, far away, the Skywalker twins, separated at birth, each rose through a series of tribulations to the top of their chosen pathways. The notion of mentoring in the ways of the Jedi is central to the Star Wars saga and, in this narrative, Luke Skywalker is the archetypal hero. Nurtured and trained one-on-one by Obi Wan Kenobi and then Yoda, Luke succeeds on his Jedi path and vanquishes the bad guys. He then joins the Jedi pantheon and it becomes his turn to offer sage training and guidance to the next generation. His twin Leia Organa — a wise ruler, diplomat, and, eventually, leader of the rebel alliance — is an equal success by any measure, yet it does not appear that she was traditionally mentored like her brother. Instead, at key turning points, she sought and was offered advice, help, and encouragement from a whole range of different supporters. In turn, that is the model of mentorship she pays forward as she becomes a source of widespread inspiration herself.

The upshot is that there are many different ways we can and should think about what a mentor is, how to seek one, and how to be one. A mentor can be a guru-type senior person in your field who charts a trajectory that you want to follow and who helps guide you along a similar path in your own work, someone to whom you can always turn for professional advice and access to opportunities. Or a mentor could be someone you encounter more sporadically and yet still plays a crucial role on your mentoring map as one of many who serve as a specific type of resource, source of encouragement, or sponsorship at different points in your career.

As this mini-forum attests, Kate McNamara is such a richly-deserving winner of the SWIPE Mentor Award (ISA 2020) because she plays all of these mentoring roles with tremendous energy, generosity, and sincerity. As Diana Kim and Ji-Young Lee write in their contributions, Kate is a towering one-on-one advisor and advocate. As Tana Johnson writes in her post, how Kate has approached her research and teaching serves as a broader model for the public-facing, policy-relevant scholarship that is becoming ever more crucial in our world. And, as we have all experienced, Kate is also a rich source of inspiration for emerging women scholars seeking to chart their paths and find their voices in the discipline.

Kate’s scholarship and influence in the field of international political economy have been rightly celebrated elsewhere — she was, for example, the recipient of the International Political Economy Distinguished Scholar Award at the 2018 ISA annual convention. What the SWIPE Mentor Award also recognizes is how very much she has given back to the discipline by serving as a guide to others — as noted in the extraordinary set of testaments to Kate’s mentoring that accompanied her nomination for this award. Julia Gray, who assembled the nomination, wrote in her letter about how Kate’s success in mentoring emerges from an intellectual sensibility that encourages, nurtures, and supports good and creative work wherever she might find it, without a specific disposition toward particular paradigms, methods, or areas of inquiry, nor, crucially, a regard for status.

Others who joined in the nomination noted Kate’s integrity and candor, which together have made her an especially fierce and tireless advocate for women and other minorities in the profession, being open about the struggles and disadvantages that women collectively face and always willing to offer the all-too-often glossed over personal side of professional advice. Another of Kate’s nominators for the SWIPE Award, Erin Lockwood, noted that instead of waiting for would-be advisees to come to them, natural mentors like Kate instead “actively step in as champions, encouragers, connectors, candid tellers of their own stories.” In all these ways, Kate’s refreshing approach to mentoring dispels the elite biases that still drive so much in the academy and helps people succeed on their own terms.

Although I have never been one of Kate’s students or institutional colleagues, she has been an important mentor to me for the majority of my career as a political scientist. In 2006, she graciously accepted an invitation from a handful of Berkeley graduate students to whom she had no real connection to serve as a faculty mentor at the inaugural New Era Workshop, now in its 15thyear. Our goal, almost heretical at the time, was to have a candid and constructive discussion among political science doctoral candidates who were possibly interested in careers based in the policy world rather than academia. Kate came with her characteristic open mind, generous spirit, and sincere enthusiasm for what was possibly a hare-brained idea but — with the support and advocacy of Kate and others like her — has since become one of the main pillars of the Bridging the Gap project, which itself prioritizes early career development training and mentoring of graduate students. Kate lent us her expertise in policy-relevant scholarship, her credibility as (then) a rising star in international relations, and her nose for a worthwhile initiative. She has done the same for me in numerous ways over the intervening 15 years, invariably saying yes to the next quirky idea and always engaging constructively to make it better oriented to both the generation of knowledge and the collective good.

In The Odyssey, the goddess Athena takes the form of an old family friend named Mentor to advise Odysseus’s son Telemachus and set him on his path. This is where the very concept of a mentor comes from and yet this definition does a disservice to the richly varied ways in which mentoring can and should be sought out and offered in our discipline. The Homeric notion is what we have in our minds as what a mentor is and does because it was how things were done in the past, as one can often see when talking with more senior scholars about their mentoring experiences. This is perhaps especially the case with senior male scholars — and the gendered differences in how men and women often seek and offer mentorship are real and worth keeping in mind.

Yet it doesn’t have to be, nor do I want to imply or suggest that it always is. Both male and female senior scholars mentor in the traditional ways today; I have certainly experienced the extraordinary benefits of the Luke model of bilateral, hierarchical guidance from both male and female advisors, as have many of my peers of all genders. But more and more today, we can find value — again for and from all genders — in what is better called the Kate McNamara mold than the Leia model: a mentoring map or network in which guidance is sought and offered in rich and varied ways, at different times and for different purposes. One might think that this model requires more work on the part of both mentor and advisee — and maybe it does. But it certainly requires less luck and less privilege, which has to be a good thing in terms of opening up access for everyone to the rich advice and experience that is out there. If you’re as fortunate as those of who have contributed to this forum, one of the most important nodes on your mentoring map is warmly and graciously inhabited by Kate.

On Mentorship and Diversity: A Favorite Voice in the Room