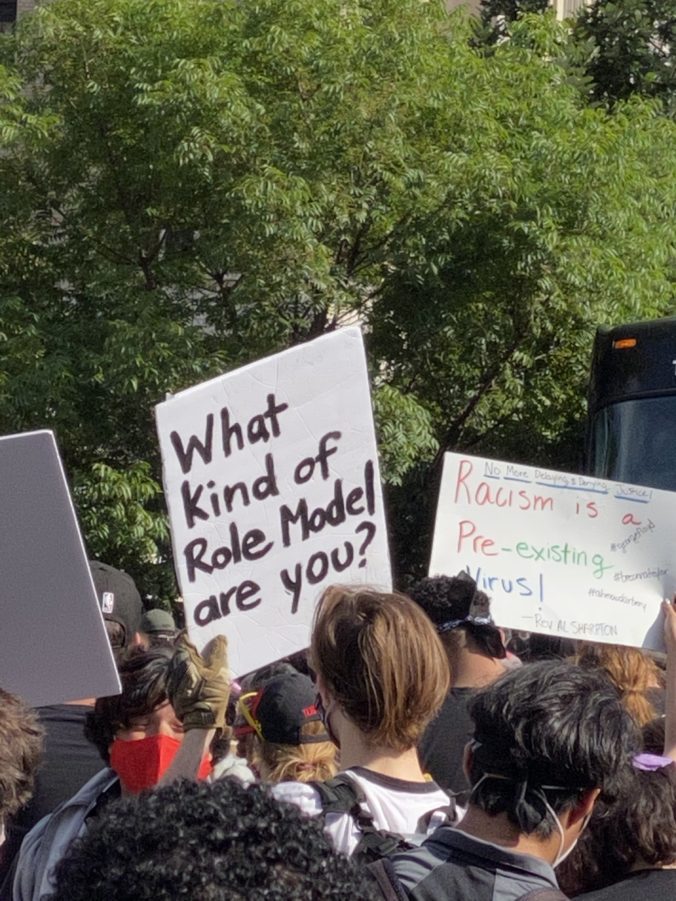 This is the first post in our series on Race&IR.

This is a guest post by J.P. Singh–Professor of International Commerce and Policy at the Schar School of Policy and Government, George Mason University, and Richard von Weizsäcker Fellow with the Robert Bosch Academy, Berlin. He specializes in culture and political economy.  Singh has authored or edited ten books, published over 100 scholarly articles, and worked with international organizations such as UNESCO, the World Bank, and the World Trade Organization.  Twitter: @Prof_JPSingh

Issues of race and racism are intense subjects of scrutiny in our global everyday lives and international politics.  As we examine our social and intellectual suppositions, how does the academic discipline of international relations fare in analysing racism across borders? The short answer: hesitatingly, and only recently. The long answer: with a few blindspots.

Racism is a set of social beliefs that holds groups of people as inferior and facilitates discriminatory practices.  Racism in international interactions may be overt or latent: beliefs that assign superiority to the Western world may result in security, economic, or human rights practices ranging from overt condemnation and discrimination to being paternalistic and infantilizing developing countries while appearing to be charitable. U.S. led international events with racial dimensions include building a wall along the U.S.-Mexico border, the trade war with China, and the President speaking disparagingly of Africa or calling COVID-19 ‘China virus’ or ‘Kung Flu’.  While these politics are critiqued and analyzed, the discipline’s history also shows oversights entailing the hesitance and inability to address race issues.  Reckoning with the shortcomings and the strengths of current perspectives is instructive toward presenting analyses and solutions.

Ironically, a history of the discipline provides a remarkable obsession with race questions at the beginning of the 20th century to their near absence at the end it. Intellectual histories note that until the early 20th century, international relations meant international race relations.  Most scientific studies in Europe assigned an inferior status to colonized people, believing racial differences to have a biological basis, and the dominant strain in international governance was of civilizing the colonized. A predecessor to Foreign Affairs was known as Journal of Race Development between 1910-19, though it did feature anti-racism contributors such as W.E.B. Du Bois.

During the interwar period, academic writings in international relations did not address racism, interestingly at a time when the word ‘racism’ entered the English vocabulary reflecting Nazi judenrein policies of exterminating Jews.  While solitary voices such as Ralph Bunche spoke to racism, the general blindspot reflected the budding discipline’s focus toward describing international interactions on a pendulum between power and idealism and a bias against noticing racial dimensions. Foreign policy practitioners also delivered.  Cordell Hull, FDR’s Secretary of State and a chief architect of the post-war liberal international order, offers a glimpse in his memoirs: the two volumes hardly mention the nationalist movements in the colonies, and Hull may have privately believed that civilization belongs to the Europeans. Meanwhile other biological and social sciences debated race.  These carried over into organizations such as UNESCO in the post-war era. Anthropologist Claude Lévi-Strauss led the UNESCO studies on the race question.

In the post-war era, international relations also overlooked notable public scholarship on race from leaders such as Steve Biko, Amílcar Cabral, Aimé Césaire, Franz Fanon, Mahatma Gandhi, and Martin Luther King.  The practice of U.S. foreign policy borrowed its vocabulary from realism that ‘transcended’ racism.  While many intellectual architects of U.S. foreign policy had fled Nazi Germany, they viewed containment and power as the response to horrors like Nazism (or, later, the Soviet Union) and were disillusioned with Enlightenment idealism.  Nevertheless, an exhumation of the post-war liberal international order also reveals some racialized fissures. Historian Eric Mazower explains that many creators of the post-war liberal order, including Jan Smuts of South Africa, were well-known racists and created the United Nations to continue the work of “civilizing inferior races”.  UNESCO was not an outlier: its first Director-General Julian Huxley was a eugenicist.

Sociological traditions, as they spilled into international relations in the 1980s, began to examine the meanings and centrality of global racism in issues of identity, difference, and othering in international interactions. President Trump’s words are illustrative of the kinds of subjects being studied.  A contrasting perspective, examining international humanitarianism, argues that global paternalism has outgrown its racist origins: “Love it or hate it, paternalism is an enduring feature of global life.”  Many international development efforts could also fit here, albeit not without the charge that global paternalism has not overcome its racial origins.  More generally, the work of race and racism in international relations, remained marginal to the discipline’s major concerns, including professional venues. The 2015 Annual Convention of the APSA on the theme “Diversities Reconsidered” did not feature a single paper in its international relations sections that was on race or racism.

The discipline has changed fast, especially after the 2016 political outcomes. When I began studying the effects of racism in international trade, many colleagues (and staff at the World Trade Organization) were incredulous toward my research agenda.  My book Sweet Talk provides mixed-methods evidence – including quantitative models, case studies, and historical process tracing — for the negative effects of racism on trade concessions to the developing world across (and within) trade in agriculture, manufacturing, intellectual property, and services (summary here).  Colleagues are no longer incredulous, one review called the book “sweeping and ambitious”, but also push for further rigorous evidence. Critiques are important as is the need to provide sound evidence.  However, asking for evidence must not be an exercise in ignoring race. For my part, I was relieved that the reviewer noting my work to be sweeping and asking for evidence has also conducted rigorous and foundational work on paternalism and race.

Our debates on race need to concentrate on ontological blind spots, methods, and evidence.  Realism got around race issues in a peculiar way, as explained above, and that was a shortcoming.  It can no longer overlook its shortcoming or not question the Western civilizational codes that are embedded in its understandings.  Reflexively speaking, I had to do that as a scholar: how could I call out the racism inherent in trade relations without offering a critique of neoliberalism as racist as many critical scholars do?

My book offers a critique of critical studies scholarship while ideologically favoring cultural values such as exchange and reciprocity that are embedded in a liberal order.  It may not convince critical studies scholars but intellectual honesty is important, and the title of my essay pays homage to a notable study on race in critical studies.  Similarly, I would argue that securitization scholars who have recently been attacked for ignoring race need to account for the broad context of the issue of race and international relations. While academics are not racist for not working on race issues, we can no longer ignore significant scholarship critiquing the racism of Western civilizational codes. Further the ethical foundations of this security school, or of realism as above, need to be questioned.

International relations is no longer tone deaf to racism, especially as it examines the intersection of domestic and international politics, and racism is not exclusive to the Western world. As racism dominates politics in Western and non-Western worlds (such as Brazil, India or Turkey), the discipline is beginning to re-examine its models of preference formation to include cultural factors such as race. Empirical examples analyze the backlash against migration in Europe (here and here) or how ethnocentrism and xenophobia affect preferences toward trade (here and here). The long answer entails an exhumation of the blindspots since World War II that kept issues of race and culture out of mainstream explanations and foreign policy endeavors.

Domination As a Vocation: Leadership and Covid-19 in India