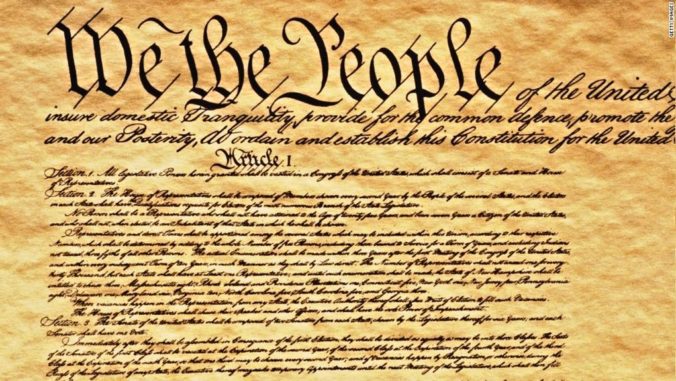 This is a guest post by Jeffrey C. Isaac, James H. Rudy Professor of Political Science at Indiana University, Bloomington. You can follow him at his blog at Democracy in Dark Times.

Democracy is a central and arguably the central theme of contemporary American political science research and teaching. This is certainly true in the “subfields” conventionally designated as “Comparative Politics,” “American Politics,” and “Political Theory.” And even where it is not the central theme, as in most “International Relations” inquiry, it is an important theme.

By far the most broadly influential endeavor in U.S. political science—the teaching of “Introduction to American Politics,” a staple of undergraduate teaching at virtually every academic institution in the U.S.—centers on the dynamics of the U.S. political system, the nature of its constitutional democracy, and the complex dynamics of public opinion, party organization, political campaigning and competitive elections.

Most of this teaching is not emphatically normative. But it is normative nonetheless, as a perusal of most syllabi or prominent textbooks will attest. The 2015 Brief Edition of Keeping the Republic: Power and Citizenship in American Politics, written by Christine Barbour and Gerald C. Wright, for example, leads with a chapter on “Power and Citizenship in American Politics” that centers on the distinction between liberal democracy and authoritarianism. Without some such discussion, what sense is to be made of American political institutions?

Back in early March, I drafted and circulated, along with my colleague William Kindred Winecoff,  an open letter from political scientists declaring that “We Must Urgently Work to Guarantee Free and Fair Democratic Elections in November.” Within 48 hours the letter was signed by over one thousand political science colleagues, including many current or past APSA Presidents. The letter endorsed the excellent report produced by legal scholars at the Brennan Center for Justice, entitled “Responding to the Coronavirus Crisis.” It said nothing about the Trump administration or its growing authoritarianism. But, as Will and I argued in a piece reflecting on the Letter, it was clear, even then, that the subtext of the letter was not COVID-19 but the probability that the Trump administration would work to guarantee that there would not be a free and fair election in November. Everything that has happened in the intervening months has confirmed these fears.

It is now painfully clear to a wide variety of commentators across the political spectrum that the November elections are in jeopardy. The kinds of measures proposed by the Brennan Center and other reputable voting rights institutions have not been taken. State efforts to make possible by-mail voting in the interest of voter safety have been publicly opposed by the Trump administration and have been challenged in the courts. President Trump has declared that Democrats are trying to steal the election; he has insinuated that only fraud could explain a possible electoral defeat, raising questions about whether he would accept the outcome of an election as every one of his predecessors including Abraham Lincoln in the middle of the civil war.

The continued functioning of constitutional democracy in the U.S. is now in question, and every day more and more commentators speak of this and worry.

This is very serious, empirically and normatively.

And it ought to be taken very seriously by every single U.S. political science teacher and scholar.

It is being taken very seriously by the leadership of the American Political Science Association (APSA).

In recent weeks APSA has published three very important public statements that ought to be much more widely known about even by APSA members.

The June APSA “Statement on Systemic Racism” declared that “The American Political Science Association recognizes and condemns in the strongest terms the systemic racism that contributed to these deaths and shares the justified outrage it has provoked. We strongly support the right to protest and are alarmed by the government’s violent responses to peaceful protesters, including excessive uses of force in the name of order. We are also alarmed at the opportunistic criminal conduct of some who do not share the protesters’ commendable goals. These actions are a severe violation of democratic principles.” This statement centers on the danger associated with threats to democratic citizenship.

Most important is the late July APSA “President’s Letter on 2020 Election & Voting,” which closely mirrors the March open letter noted above (which was signed by most of the signatories of the President’s Letter), articulating the normative importance of “America’s ‘Great Experiment in Democracy,’” and calling on all levels of U.S. government “to make our elections as open, accessible, and free to all citizens as possible, so that America may truly become a government of the people and by the people as well as for the people.”

U.S. election laws are complex and archaic, and there are many serious long-term problems with these laws that the current crisis all too painfully exposes. At the same time, the general freedom and fairness of the November election is in jeopardy in a way that no U.S. election in over a century has been in jeopardy.

There are a number of things that can and should be done. While I would argue that none of them are inconsistent with professional ethics and a commitment to non-partisan classroom teaching, I will list them in increasing order of contentiousness:

*   Every political scientist who is teaching a political science course this Fall ought to incorporate into their syllabus and their teaching some discussion of current events and of the momentous importance of the November elections in an analytic sense.

*   Beyond incorporating the current crisis into our existing courses, we can create new courses. For example, I am teaching a new seminar in the Fall called “Is American Democracy on the Ballot in November?” The course designed explicitly to raise important issues in a way that is non-partisan; encouraging of real, honest discussion and disagreement; and most definitely normative in its treatment of threats to constitutional democracy as problematic.

*   Those colleagues, hopefully most of us, who feel comfortable doing more, can and should take a page from the many “voter registration challenges” sponsored by universities and colleges in 2018, and from APSA’s current “Raise the Vote” initiative, designed to furnish political science teachers and students “resources to amplify and increase student engagement.”

*   Finally, there is advocacy, outside of the classroom, as a citizen and public intellectual. Political science colleagues: if you care about the future of democracy in the U.S., now is the time to advocate on its behalf.

Donate to voter education efforts and political campaigns of your choosing.

Volunteer to do (virtual) canvassing or poll watching.

Use your knowledge and your skills as a writer to communicate about the importance of securing a democratic election in November.

Political science colleagues: there are so many valid and important ways for us to work to support free and fair democratic elections in November. Doing what feels right to you is fully consistent with a sense of professional ethics.

I intend to do all that I can do, as a teacher, writer, colleague, and citizen.

My sense of political science as a vocation requires nothing less.

There are things to be done by everyone who has a sense of political science as a vocation.

Do what you can.

If not now, when?

Indonesia’s Half-hearted Response to COVID-19: The Role of Politics and Historical Legacies