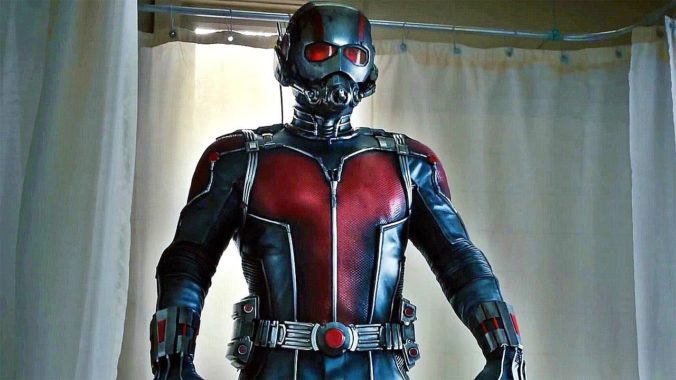 In Marvel comics and movies, Ant-Man is a super-hero who can change his size using a special suit and “Pym particles.” When giant, he’s…giant. But when he’s tiny he keeps the same density as a regular human, giving him the ability to lift and move things much bigger than his insect size. The idea of shrinking in size but having to shoulder the same–or greater–burden resonated with me, and in a way feels like a metaphor for the modern professor.

This thought came to me in response to a recent email from my university. We have a hybrid set-up, with some students attending courses remotely (from home or campus) and others in person. Our Student Services office noted which of our advisees were at home, and asked us to take special care to reach out to them. This didn’t really affect me, as I reach out to all advisees before course registration. But the idea of a Student Services office telling professors–already overloaded with difficult online teaching, as well as research and service responsibilities–to devote extra time to engaging with students instead of, you know, doing it themselves, struck me as slightly off.

As any professor knows, this is not an isolated incident, but is part of a broader trend in higher education. When I went to college, in the early 2000s, my experience revolved around the Professor. The education was the primary point of being there, and other aspects–student life, administrative support–were secondary. When I began work as a professor, in 2016, things were different. Students obviously attend college to learn from professors. But higher ed is as much about the student experience as it is the education. Accordingly, administrative offices have proliferated in order to ensure students feel supported and have a rewarding college experience.

I realize this makes some professors angry, but I was honestly ok with it. Things change, and I was happy to work within this system. I saw it as a division of labor. If the University wants to invest in Student Services offices to make sure students are staying on top of their assignments and Student Life offices to make sure they’re having fun, that’s fine. I’ll just focus on teaching.

Of course, that’s not how it works, as I soon found out. Most of these administrative offices didn’t really reduce my work, they added to it. Instead of being in charge of my class procedures and requirements, I had to negotiate with offices trying to make it easier for students who fell behind. When a student needed a note taker, I had to recruit one from the class. I’ve even heard stories of professors having to carry special chairs to and from class because of student accommodations.

I don’t have an issue with any of these steps to help students. I am not qualified to determine what accommodations students need, and am happy to let experts decide. I do get frustrated, however, that the offices meant to handle them often just add extra work for professors instead of taking care of these things themselves.

This became especially apparent when we suddenly switched to remote instruction in the spring because of Covid-19. Students faced a host of issues–anxiety over the pandemic, absences because of illness, unsafe home conditions, poor internet connections. They needed extra support from their universities. I assumed the numerous student support offices suddenly idle because all students were off campus would step up. Instead, Professors faced immense pressure to not only shift their courses online and teach effectively, but also serve as social workers and counselors for struggling students.

The extra burden on professors could have been bureaucratic inertia; administrative offices struggle to shift procedures. But universities (at least mine) did an incredible job standing up remote capabilities literally overnight, so that can’t be it. It could be laziness, but that’s not it either; despite my frustrations with them, most administrators are hard-working compassionate people. Instead, I think it’s the reality of higher ed; no matter how many student support offices you create, the college still revolves around the Professor.

That brings us back to Ant-Man. The role of the modern Professor has shrunk, for whatever reason. But the responsibilities of the Professor have only grown. Professors with insect-sized powers in the University are expected to shoulder massive loads. And you know what? We do. We do it (kind of) happily, because we love our jobs and care about our students.

I’d like to think Universities will realize this; that their expansive, student-focused model ends up relying on the effort of Professors. The armies of administrators can do very little without us. I worry they won’t, and that–apologies for mixing in another metaphor–we have a goose with golden eggs problem. Universities know Professors can and will take on extra responsibilities in order to support our students. Instead of recognizing this, they are using this pandemic as an excuse to cut salaries and positions (or both). This leaves professors doing more for less compensation. At some point the system will fall apart. I hope University leadership changes course before it’s too late.