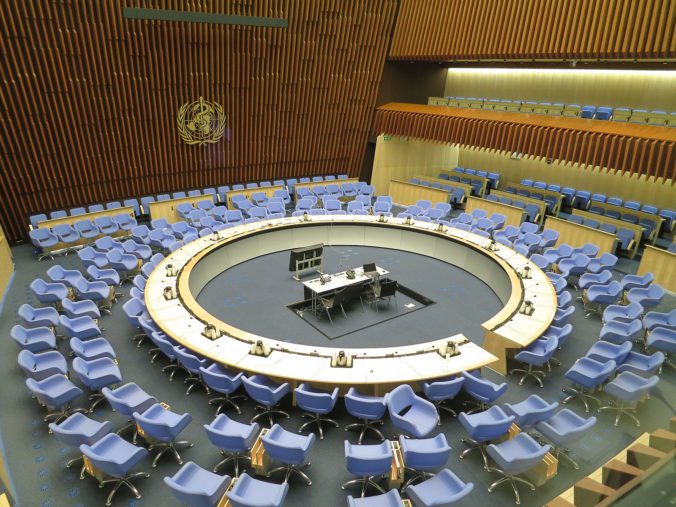 This is a guest post from Tana Johnson, an Associate Professor of Public Affairs and Political Science at the University of Wisconsin-Madison.  Her publications include the book Organizational Progeny: Why Governments Are Losing Control over the Proliferating Structures of Global Governance.

COVID-19, which disregards national borders and threatens all countries, is a “problem without a passport.”  The usual prescription is to 1) work through international organizations (IOs), 2) collaborate on collective long-term solutions, and 3) defer to experts.  Yet in 2020, countries defied each prescription, producing three patterns.

Pattern #1 is the tendency to blame international organizations, particularly the World Health Organization (WHO).  With its drastic decision to cut off funding and intended withdrawal from the World Health Organization, the U.S. government has been an aggressive critic.  But more than 100 countries also endorsed the European Union’s call for an independent investigation into the WHO’s handling of the disease.

Pattern #2 is the temptation to put short-term or narrow interests above longer-term or broader ones.  During the crisis’ initial months, dozens of countries implemented export restrictions, travel bans, and unilateral vaccine development – all despite the World Health Organization’s objections.

Pattern #3 is a divided reaction to experts.  Schisms have arisen at the subnational, national, and international levels.  Some people have readily deferred to public health officials – but other people have challenged them, questioning the efficacy or legality of their recommendations.

Why, in the midst of a pandemic, would governments question or punish the very IO that’s supposed to guide the world’s response?  Since this disease is a shared threat and can’t be defeated instantaneously, why aren’t countries concentrating on what would be useful for the larger international community, well into the future?  And why, in a crisis of public health, is anyone refusing to follow public health experts?  Work in International Relations (IR) dispels the mystery – and shows that although the pandemic may be extraordinary, its political patterns are quite ordinary.

What we know about bureaucracy and institutional design helps explain the tendency to blame international organizations.  The WHO and similar IOs are made of member-governments plus bureaucratic staff.  Both groups make IOs vulnerable.  Bureaucracies can fall into “pathologies,” and member-governments regularly clash with each another and the wider public good.

Ideally, these vulnerabilities would be overcome with clever institutional design: insulate IO bureaucrats enough that they’re protected from their member-governments, but not so much that they become unaccountable to those governments.  But as my own research shows, that’s more easily said than done.  As a result, IOs remain easy to blame, since they’re distant bureaucracies that can almost always be denounced for too little or too much insulation from their members.

What we know about delegation and socialization helps explain the temptation to put short-term or narrow interests above longer-term or broader ones.  As human institutions, national governments exhibit a human propensity to prioritize the self and the present, rather than the community and the future.  Two common ways to overcome this are by granting authority to IOs to act in governments’ place (“delegation”) or by acclimating national officials to think in a more collective and far-sighted way (“socialization”).

Both solutions fell short during the pandemic’s initial months.  As WHO staff tried to guide the world’s response, little prevented governments from rescinding or undermining the authority they’d delegated.  Meanwhile, socialization had been faltering for years, as challenges such as populist unrest and an assertive China have chipped away at group identities and norms in the Western-led international system.  Instead of considering themselves partners, several key government leaders focused only on their own countries’ immediate needs.

Last, what we know about epistemic communities and anti-elitism helps explain the divided reaction to experts.  “Epistemic communities” are networks of professionals who have an authoritative claim over knowledge in a policy area, and who exhibit similar values, ways of validating knowledge, and beliefs about cause and effect.  Early research on epistemic communities emphasized their upsides: by shifting some tasks from politicians to unelected experts, policymaking might be more stable, efficient, and neutral.

But later research also explored downsides: perhaps policymaking could never be completely de-politicized, or even if it could, relying on unelected experts would be a problematic “democratic deficit.”  These downsides connect to larger anti-elite or populist sentiments that have bubbled up in the U.S. and elsewhere in recent years.  Such sentiments are arising in a time of political polarization, making divided reactions to experts more likely.  Although there are upsides to permitting unelected experts to steer policy, conspicuous segments of the population have focused on the ever-present downsides instead.

Dismaying, but Not Surprising

These veins of International Relations indicate that the three patterns are dismaying, but not surprising.  COVID-19 is certainly a problem without a passport – yet there are well-known obstacles to multilateral, far-sighted, apolitical responses.  The pandemic may be extraordinary, but its initial political patterns are (sadly) ordinary.  Without a resolute leader to surmount natural aversions to IOs and the wider interests or specialized knowledge they embody, this is how the world can look.