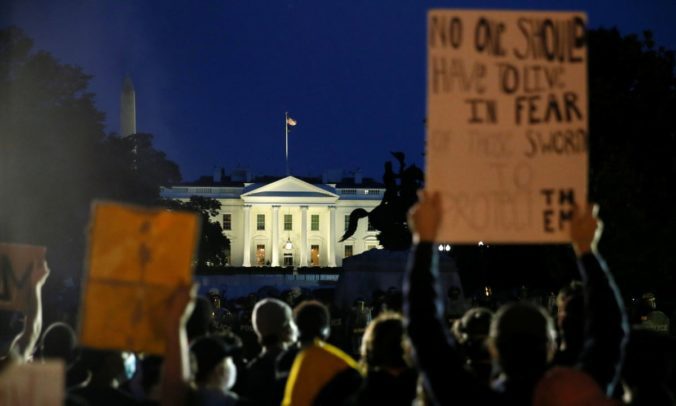 This is a guest post from Manuel Reinert, a PhD candidate in international relations at American University and consultant with the World Bank.

Multilateralism nevertheless failed in many ways. The G20 and G7 hardly offered a unified front and the WHO’s response was heavily criticized. In particular, the United States (US) accused the WHO of covering up the initial epidemic at China’s behest. The feud culminated with the suspension of US funding and announcement of complete withdrawal. Hindsight allows for evaluations of the strengths and weaknesses of the WHO’s response. Like other IOs, the WHO has modest resources for a broad mandate: its competency depends on the leverage member states leave it and how much politics they play. In fact, China’s growing influence within this organization is linked to the recent US disinterest in IOs. Multilateralism is not perfect but remains essential to manage such crises, not to mention critical global challenges such as climate change.

According to its proponents, the LIO is organized under guiding principles, including: multilateral institutions, open markets, liberal democracy, and leadership by the US. Liberal internationalists denounce the rise of authoritarian powers and receding democratic values to explain the decay of these principles. They also blame Donald Trump for deserting the LIO leadership. Under his administration, the US has indeed abandoned major international accords such as the Paris Agreement on climate and the Iran nuclear deal (JCPOA), blasted the role of IOs, and adopted an aggressive diplomacy, apart from some notable exceptions. Consequently, numerous analyses have been announcing the ‘twilight’ of the LIO and preparing for what comes next. Others have claimed that this order was doomed to fail, while the eternal debate on American involvement in world affairs is regularly reignited.

Most of these analyses are missing two important components. First, they attribute the demise of the LIO to external factors and a strategically flawed foreign policy, while failing to see that such weakening is directly linked to America’s democratic shortcomings. The Trump presidency is the symptom of institutional dysfunctions that make the US less democratic. This decline is the result of rigid institutions that disproportionately favor a conservative minority.

Second, they negate the extent to which the US has used this order and escaped its rules when convenient. America has a history of ambiguity towards multilateralism: even if Donald Trump took the subversion of rules-based institutions to a new level, the trend did not start with him. The conservative minority has regularly eroded the LIO foundations. Ultimately, America’s ability to improve democracy will be decisive to advance multilateralism and a genuinely rules-based international system.

The US has steadily declined in major democratic indices, such as the Economist Intelligence Unit democracy index and the Varieties of Democracy Liberal Democracy Index. These indices highlight factors such as the treatment of journalists, polarization, and executive adherence to the rule of law. The Trump administration demonstrates how executive disregard for democratic norms undermines the “checks and balances” framework. However, these metrics do not account for deeper dynamics peculiar to the US system such as voting power, turnout, and the extraordinary influence of money on policymaking. To take the first two issues:

US institutions favor conservatives, enabling Republicans to maintain power with an ever-smaller minority of voters nationwide. Voters in small states and rural areas, who usually champion conservative candidates, are particularly powerful. States have equal representation in the Senate: from Wyoming to California. Rural voters have an edge in the House and states’ legislatures because they are more efficiently distributed in a first-past-the-post system that rewards the spread of voters across space. Since the Electoral College allocates votes according to states’ congressional delegations, these disparities are reflected in the Presidential election. The imbalance is accentuated by the winner-take-all approach, which confers voters in key “swing states” extra voting power.

Over the past fifty years, the turnout of the voting age population in Presidential elections has oscillated between 50% and 55%. While the 2020 elections should set a record with 65%, the US still lags behind other democracies. Turnout in similar elections is generally around 70% in the UK and France, and 80% in Germany. This low US turnout is largely explained by the lasting problem of voter suppression. Voter registration restrictions, voter purges, felony disenfranchisement, gerrymandering, and restricted access to polling places are among the main tools used to exclude minorities and poor populations. Millions of voters have been purged over the past years (following the 2013 Supreme Court decision altering the Voting Rights Act) and jurisdictions with a history of racial discrimination have shown higher purge rates. One in 13 African-Americans cannot vote because of voter suppression.

As the pandemic made clear in Wisconsin, Georgia, and elsewhere, conservatives seek to restrain voting. Republicans mounted a multi-front fight against mail-in and other forms of early voting ahead of the Presidential Election: from legal battles to unsubstantiated claims of fraud. Protected by rigid institutions, the conservative minority has been able to undermine democracy by limiting turnout. Such democratic shortcomings have had a decisive influence on the LIO.

According to liberal internationalists, the LIO is a framework rooted in the institutions built by the US after WWII. The American approach was novel because it diverted from the zero-sum thinking and promoted collective prosperity and security instead. The US provided global public goods through an array of multilateral institutions and advanced rules-based cooperation on multiple issues. Even if the Soviet threat partially explains American motivations, the commitment to liberal norms was unprecedented and there is no doubt that the international landscape would have looked different had Germany prevailed in WWII.

The full version of the LIO materialized after the end of the Cold War, when the US benefited from a “unipolar moment” of unmatched power. America’s security frameworks were reinforced, while IOs saw their mandate expanded. Liberal internationalists celebrated peace-building achievements and generalized economic growth. At the turn of the century, inter-state conflicts had indeed decreased and humanitarian concepts such as the “responsibility to protect” emerged. Despite strong pushbacks against the Washington Consensus in parts of the world, 1.2 billion people came out of poverty status between 1990 and 2015. Legitimacy characterized American leadership.

Yet, liberal internationalists grew increasingly disenchanted. Interestingly, they agree with realists, conservatives, and other thinkers in foreign policy on a few factors that doomed the US-led LIO’s golden age: the countereffects of untamed globalization;  the rise of authoritarian and revisionist powers such as China and Russia; and America’s overextension in the promotion of liberal values. Finally, they blame the Trump administration for precipitating the decline.

In fact, the US has periodically undermined the LIO over the past decades. For instance, the US has developed a habit of reneging on treaties and agreements it had signed. The US refused to ratify the Kyoto Protocol and the Rome Statute of the International Criminal Court (ICC) following the election of George Bush. The Trump administration went a step further, by blacklisting ICC officials for investigating possible war crimes in Afghanistan. Previously, the US had withdrawn from the International Court of Justice’s compulsory jurisdiction after the Court had condemned America’s interference in Nicaragua.

The Iraq war is also telling. America’s democratic allies all supported its campaign in Afghanistan after 9/11 and this intervention had no difficulty being approved by the UN Security Council (UNSC). Yet, many allies opposed the intervention in Iraq as there was no clear evidence of terrorist links with the Hussein’s regime or weapons of mass destruction. The invasion went forward without UNSC backing and resulted in a humanitarian and strategic disaster.

How are the LIO and American democracy linked?

Liberal internationalists portray the LIO as a benevolent American enterprise and argue that democracies behave differently than other regimes in international affairs. Yet, they overlook the great variety of regimes that we casually call “democracies.” The US is considered a liberal democracy since its inception, despite a long history of slavery and racial segregation. Such attributes would disqualify any country that claims to be a democracy nowadays, even if it holds elections and offer an apparent separation of powers in its institutions.

At a basic conceptual level, if we agree that Imperial Japan, Nazi Germany, Soviet Russia, or the People’s Republic of China would craft a different international landscape, we also agree that a power enacting racial segregation has a different take on international institutions than one that does not. In the same vein, a major power with a democratic regime where almost 50% of the voting age population do not or cannot vote probably behaves differently than one with greater democratic legitimacy. The expression “liberal democracy” can encompass quite different modes of governance.

The link between American democracy and the LIO is straightforward: the two administrations that have undermined the LIO the most over the past 30 years (Bush 2000-2008 and Trump 2016-2020) were brought to power by losing the popular vote but succeeding in the Electoral College, in troubling circumstances in the case of Bush vs. Gore. Foreign policy experts argued that the decision to invade Iraq was motivated by the desire to export democracy to the Middle East. A famous realist even maintained that the goal was to “transform that region into a giant zone of peace […] because the United States believes so fervently in the virtues of liberal democracy.” Democracy promotion was merely an excuse and, tellingly, none of these thinkers can address an obvious paradox: why would a party so eager to export democracy abroad work so hard to prevent people from voting at home?

However, no power has been able to match America’s promotion of rules-based multilateralism. The European Union is divided on major challenges, seems unable to deal with illiberal regimes among its members, and struggles to maintain an influence on the world stage. The US has promoted liberal values, such as human rights, in difficult contexts. To cite but one example: in virtue of the Leahy Laws, foreign officers around the world background check military units among US’s allies to assure that no units suspected of human rights violations get funding or training. The US also built an exceptionally diverse society and, despite the Trump administration’s rhetoric, developed an unparalleled ability to integrate immigrants.

America’s legitimacy is nonetheless eroded when it behaves against liberal principles. Contrary to what many have argued, America’s behavior matters more than what it advocates for. When it violates human rights, it loses credibility to condemn terrible crimes committed elsewhere. As symbolized by the Trump administration’s tendency to coddle violent authoritarian leaders while condemning others on human rights grounds, its moral compass becomes clouded. The US needs to lead by example. Since its relative power will decrease over the next decades, building a well-founded legitimacy is a rational strategic choice.

Institutions that maintain disproportionate representation for a minority have enabled the subversion of democratic norms witnessed over the past four years. It took Joe Biden and Kamala Harris a historic turnout and a 5 million votes advantage to defeat Donald Trump. If there has been no evidence of widespread voter fraud, as the Trump administration has been claiming, there is abundant evidence of voter suppression in many American states. Meanwhile, on diverse issues, the gap between the conservative minority and the rest of society continue to grow. Democratic reforms would force Republicans to broaden their platform, as constraining voting should not be a legitimate electoral strategy.

In effect, the fate of the LIO has depended heavily on the success of laws to constrain voting in a few swing states. With better representation, citizens would promote policymakers more in tune with the progressive values held by the majority, at home and abroad. Without such measures, and if democracy is not further undermined, the US may slowly get there. But building a truly rules-based international system to tackle critical global challenges cannot wait. To help liberal principles on a global scale, the US needs to make people’s votes count.

The Right to Return…to What? Venezuelan Migrants Caught Between Conflicts