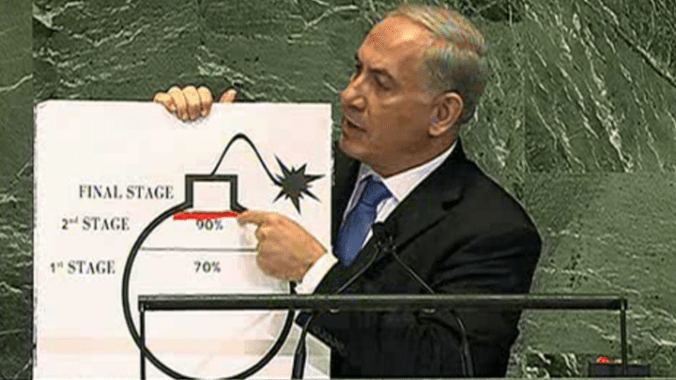 The significance of Iran ramping up its uranium enrichment to 20%

On Monday, Iran began enriching uranium to the 20% threshold for the first time since before its 2015 nuclear deal, the Joint Comprehensive Plan of Action (JCPOA). Iran appears to be trying to maximize its leverage with the incoming Biden administration in the hope that the US will agree to re-enter, rather than attempt to re-negotiate, the JCPOA. The President-elect has indicated in interviews that upon taking office in two weeks he intends to open negotiations about restoring the deal that the Trump administration walked away from in 2018.

Iran’s announcement that it is resuming uranium enrichment to 20%, the threshold for highly enriched uranium (HEU), is the first step in implementing a recent law passed by the hawkish Iranian parliament over the objections of Iranian President Hassan Rouhani’s government. The decision to stockpile uranium enriched to 20% presents a symbolic as well as practical challenge. A stockpile of HEU significantly reduces the timeline for a breakout capability. Once you have enriched uranium to 20%, you have done 90% of the work required to create weapons grade material.

The new law requires Iran to produce at least 120 kg a year of HEU. This is comparable to the rate at which Iran was enriching HEU prior to the JCPOA. According to IAEA reports, between the time Iran first started enriching uranium to 20% in 2010, and 2014, when the United States, the United Kingdom, Russia, France, China and Germany agreed on an initial framework for what would become the JCPOA, the Iranians produced 447.8 kg of HEU. However, they never stockpiled more than 196 kg HEU. Instead, they converted it into fuel for use in the Tehran Research Reactor.

Maintaining a relatively small stockpile of highly enriched uranium was strategic. Iran’s enrichment activity was alarming to Israeli leadership. In 2012 Israeli Prime Minister Benjamin Netanyahu addressed the United Nations General Assembly, drawing a literal red line on a cartoon-style drawing of a bomb indicating that Israel would not tolerate Iran stockpiling more than 280kg of HEU. By enriching to 20% Iran displayed its technical capability while simultaneously showing restraint. It also shifted the needle in the negotiations. The stockpile of HEU provided insurance in case the negotiations failed, but it was also an additional asset that Iran could put on the table to trade away. Rather than giving up enrichment entirely, they could now offer to give up their stockpile of HEU; the final agreement capped their stockpile of LEU at 300kg and eliminated their HEU stockpile.

As others have noted, the fact that a hawkish Iranian parliament was able to push through a law mandating that Iran expand its nuclear program on multiple fronts is worrying. However, as Iranian Foreign Minister Zarif emphasized in remarks earlier this month, these actions are reversible. They are preparing to respond to the Biden administration’s overtures from a position of strength. If the US and Europe come back into compliance with the JCPOA, Iran will too.