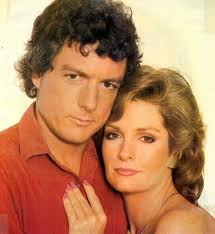 In a previous post, I puzzled about the popularity of Downton Abbey. It is (was?) a very well-done show, but no different, I thought at the time, than the standard PBS Masterpiece Theater that generally attracts very little viewership.

One of the responses was that Downton was a soap opera dressed up as costume drama. I didn’t see it at the time. Downton seemed to hit all the usual British period piece points – the problem of the heir, the declining fortunes of the aristocracy in the modern age. But that comment was prescient. Downton Abbey revealed this week that it is actually a soap opera and I am questioning its justification in my DVR queue.

Roman I and Marlena

I watched Days of Our Lives for five years, beginning when I was laid up with mono for a month during the summer after seventh grade. Soap operas have two main plot devices – people coming back from the dead and miraculous medical recoveries. Both of them allow the writers to continually throw in dramatic turns of plot to keep people watching. Someone dies, people move on to other loves or fortunes, then the dead return to screw everything up. And you can put people in a wheelchair or a coma, wait for others to move on, then wake them up or cure their polio for the same effect. 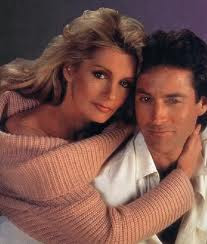 and Marlena. The latter, played by the beautiful Deidre Hall was happily married to Roman Brady. He (left the show in a contract dispute) “died.” Then they recast him with a guy who looked completely different, Drake Hogestyn. Rather than just gloss over the obvious difference in appearance, they brought him back as the mysterious “John Black” with amnesia. He slowly recovers his memory, realizes he is Roman Brady, convinces Marlena, and they live happily ever after. His face had been surgically altered by the evil nemesis Stefano. Until the writers get bored and bring back the old Roman. It turns out the new Roman had those memories artificially implanted by Stefano. There had never been any plastic surgery. Marlena leaves John Black for old Roman, only to then have an affair with John Black later. I hated, hated, hated old Roman.

If this sounds utterly ridiculous (the plot, not the fact that I watched a soap opera for five years, which I will grant you, is indeed totally ridiculous), Downton Abbey this week brought back an heir from the dead AND hinted not subtly at Matthew’s recovery from what was described as medically irremediable paralysis. But if you have love, everything is possible! The old heir, Patrick, presumed dead in the Titanic, was in fact rescued but suffered from amnesia. He was brought to Canada, starting saying ‘hoser’ a lot, then sent off to war. At the same time his face was horribly disfigured, he recovered his memory but can’t prove his fanciful story because of said face.

So the writers of Downton Abbey, rather than mining the WWI for its innumerable themes and potential plot points, have dispensed of those five years in five episodes. Tell me the difference between Days of Our Lives and Downton. Like sands in the hourglass………