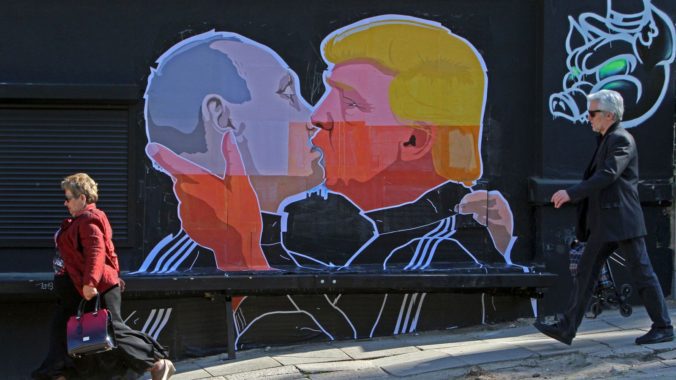 ‘I want to ride around Moscow with an American flag in my car. If I find one. Join me! They have earned it‘. If you were wondering who else was celebrating Trump’s win, it was the Editor-in-Chief of Russia Today Margarita Simonyan. Overnight, a deep-seated Russian Anti-Americanism and disbelief in American democracy was turned into almost unending love, although Russian Prime-Minister Medvedev still finds the name ‘Americano’ too unpatriotic for coffee and proposed to rename it into ‘Rusiano’.

The US election results came as a big surprise in Russia as well. According to many sources, most Russian TV talk shows had already prepared panels of ‘experts’ that were supposed to prove how democracy in the US is dead, how the elections were rigged, how American mass media were unfair to Donald Trump and how Clinton cash bought everything. Sound familiar?