Someone asked me the other day whether I had read any books for fun recently. Caught up as I was in compiling the lit review for one project and writing lectures for an introductory class, I couldn’t think of anything–the words “fun” and “reading” at the moment were almost precise antitheses. (Having read large numbers of scholarly treatises is enjoyable. Plowing through large numbers of monographs is tedium.)

And then it struck me that I had in fact read completely unrequired books recently. And that one of them was fantastic–so good, in fact, that it was worth a recommendation to our readership.

Like many people who enjoy history and were raised on Greek and Roman mythology, I have always known that Mithras exists. Yet I knew little about Mithras or Mithraism besides some likely inaccurate assertions of the similarities between the religion and early Christianity. Thus, when the Oxford University Press catalog came by mail a few months ago, I was right in the target demographic for their The Origins of the Mithraic Mysteries: Cosmology and Salvation in the Ancient World by David Ulansey, a professor of religion.

The details of Mithras’s origins and Ulansey’s thesis are available elsewhere, for  instance on the Wikipedia page about the mythology, but I won’t link to them here because I think that it gives away the fun. One of the reasons that a lot of us, including myself, were attracted to academia was the notion of learning new things, and after a while we arrive at a place where we are treated to seemingly endless reinterpretations of old facts (Fashoda, the July Crisis, the Cuban Missile Crisis, and so on). The delight in the Mithras book was both that it was a coherent account of something that I knew absolutely nothing about, even though I knew the setting and many of the characters fairly well, and also that Ulansey has structured the book as something like a murder mystery on a cosmic scale.

Again, without spoilers, the book is in part a reconstruction of how a discovery about the universe–not a mystical one, but one that would have seemed almost so to ancient Greeks–transformed itself into a religion. It is, at the same time, an investigation of how to use that knowledge, and offers insight into how sincere intentions might instantiate themselves as a mystery religion. The book also, inter alia, reminds us that the people of the ancient world were complex and rather well  educated–something that I had known intellectually but is a little hard to recall on an emotional scale.

And, best of all, it’s short–really only about 150 pages.

What Should I Read While I’m in Indonesia? 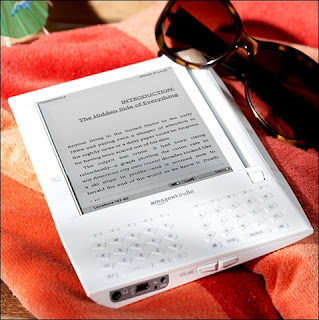 Sorry for going AWOL for a couple of weeks – my lame excuse despite fascinating things happening in all my usual areas is the craziness of preparing for both a move and international travel with a teenager.

Paradoxically, as of Saturday the situation reverses: I’ll be on vacation abroad meaning both more time to blog and possibly less inclination. If I do pop in after this week, it will most likely be with book reviews of what I’m reading on the beach.

So, Duck readers are encouraged to make suggestions/requests!

Besides the obvious (Storm of Swords and Robopocalypse) I am so far planning to download these to my Kindle:

Love and Sex with Robots, in which David Levy will explain to me why naming my new car (Flynn) is one step away from marrying my vacuum…

Please Stop Laughing at Us, Jodee Blanco’s memoir/manifesto on how to counter-act bullying in our schools: after my daughter’s experiences this part year, I intend to be fore-armed before tenth grade opens at Amherst Regional High School.

Playing With the Boys: Why Separate is Not Equal in Sports, grist for an ongoing debate I’ve been having with my nine-year-old son – especially since the start of the “Women’s” World Cup – about the benefit of co-ed sporting teams and gender apartheid in world sports generally.

What else should I download? I’m looking for light, informative, marginally related to my interests yet non-academic non-fiction.