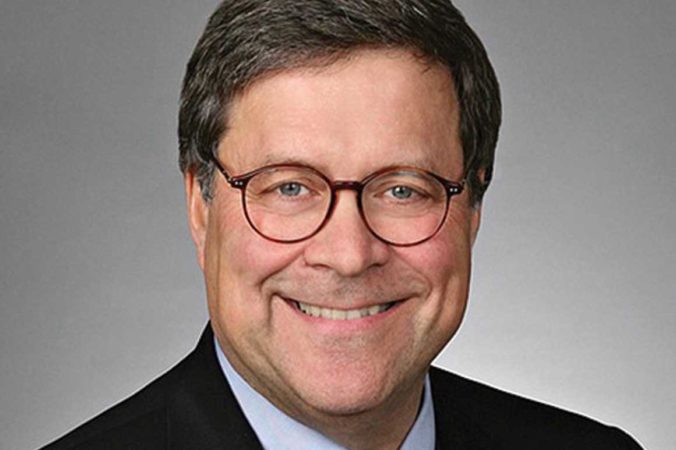 Progressives: here’s what happens when you steal GOP talking points

Progressives and liberals were quick to praise President George H.W. Bush when he passed away. Some of this was basic human decency. Some of this was honest admiration for a masterful foreign policy practitioner and a decent man. But some of it felt strategic, a way to point out all of Trump’s failings. Highlighting Bush’s virtues emphasized the issues with Trump and his Presidency. The fact that Bush was a Republican seemed to make this more effective; “look,” Trump critics could say, “here are things Republicans used to value.” It seemed an effective tactic.

And then Trump nominated William Barr to be Attorney General. Barr has been skeptical about the probe into Trump’s Russia ties and thinks the “Uranium One” deal is a major scandal that implicates Hillary Clinton. He has also called on the government to promote socially conservative values. So we can expect some potent attacks on him by progressives…except that he was also Attorney General in the George H.W. Bush Administration. It’s going to be hard to accuse him of being unqualified and dangerous without questioning the wisdom of the man so many recently praised.

This highlights the danger of trying to steal Republican talking points. Progressives frequently do this: “Republicans claim to care about X, but they’re not actually doing much on it.” There are many examples:

Most of these worked at the time. But they later backfired. Obama’s praise for Reagan makes it harder to criticize problematic aspects of his legacy, and was countered by conservatives, limiting its impact. Democratic criticism of Bush’s deficits opened Obama up to GOP attacks on his economic policies–some of which require expanding the deficit–and Democrats are running into this problem again. Democrats’ call for more Special Forces was criticized for definitional issues (Special Forces refers just to Army personnel) and infeasibility. It also makes it harder to criticize Trump’s use of SOFs in counterterrorism operations that haven’t been debated or approved by Congress.

And I’m not even going to go into poorly-thought-through but convenient attack lines. Remember when Obama mocked Romney for being stuck in the 80s after he expressed concern about Russia, with a lame “the 80’s called” joke.  Progressives at the time (including me) thought it was great, but it’s made current Russia concerns seem opportunistic.

As Democrats get ready for 2020, there are a lot of potential attacks on Trump. Candidates and their campaigns will be tempted to attack him as not being a good enough Republican. If those attacks come from a centrist trying to present a Bill Clinton-esque “third way” that may be ok. And if it is praise for an earlier, more cooperative era of politics, that’s fine too. But more often than not they’ll come from progressive candidates who are just trying to score an easy point. This very well may work, but it will continue to muddle Democratic messaging. Resist the temptation.