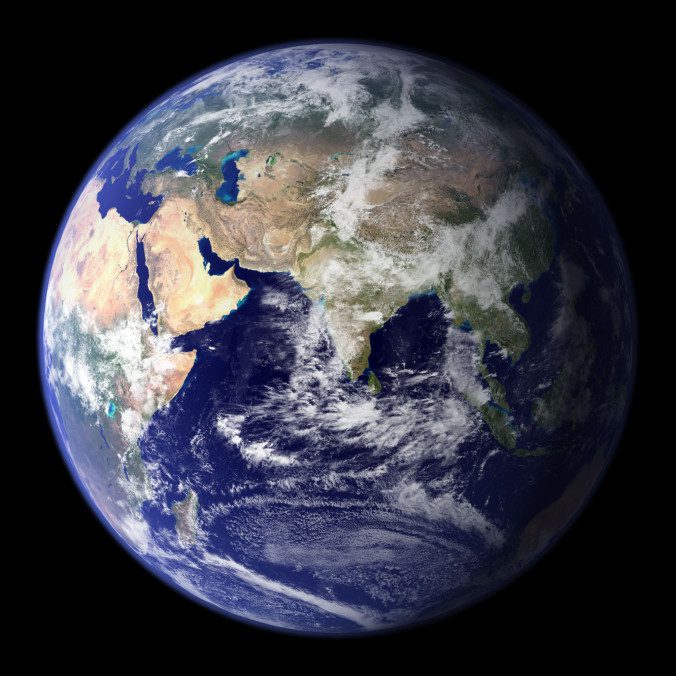 I was remiss yesterday in failing to note that November 9, 2014 would have been Carl Sagan’s 80th birthday.  For a former astrophysicist such as myself, it is an opportunity for reflection on the significance of what we do in the study and practice of international relations.  Sagan was a masterful communicator of important scientific ideas to the public.  One of the lessons of cosmology he was so effective, and persistent, in communicating was the tenuousness of humanity’s existence.  Earth orbits a nondescript star in the relative hinter regions of a nondescript galaxy, one of more than 170 billion galaxies in the observable universe, each one with billions of stars.  Other than water and the right temperature, there is nothing apparently unique about Earth, and there is nothing that protects Earth from the ravages of the universe, both foreign and domestic.  It is a singular lifeboat, and once you start to think about the scale and the nature of the universe, suddenly all the things we take for granted take on renewed significance.

To give a sense of what Sagan was talking about, consider the famous Pale Blue Dot photo, taken by Voyager 1 in 1990, when it was 3.7 billion miles from Earth, or roughly 40 times as far as the Earth is from the Sun.  In it we see Earth as a tiny pixel of blue light surrounded by darkness.

That’s the whole of it.  As far as we know, not just human life, but all life is on that speck of blue.  Sagan put it better than I ever could in his 1994 book Pale Blue Dot:

The Earth is a very small stage in a vast cosmic arena. Think of the rivers of blood spilled by all those generals and emperors so that, in glory and triumph, they could become the momentary masters of a fraction of a dot. Think of the endless cruelties visited by the inhabitants of one corner of this pixel on the scarcely distinguishable inhabitants of some other corner, how frequent their misunderstandings, how eager they are to kill one another, how fervent their hatreds.

Our posturings, our imagined self-importance, the delusion that we have some privileged position in the Universe, are challenged by this point of pale light. Our planet is a lonely speck in the great enveloping cosmic dark. In our obscurity, in all this vastness, there is no hint that help will come from elsewhere to save us from ourselves.

The Earth is the only world known so far to harbor life. There is nowhere else, at least in the near future, to which our species could migrate. Visit, yes. Settle, not yet. Like it or not, for the moment the Earth is where we make our stand.

The relevance for IR is profound, because so many of the problems that might or do threaten the continued existence of human and all life are international and global and thus the stuff of IR scholarship: nuclear proliferation, disease and biological weapons, climate change, environmental degradation and species extinction, industrialized warfare, and so on.  Other problems may not pose a threat to human existence, but despoil the human experience: human trafficking, endemic poverty, malnutrition, biodiversity loss, and so on.  The study and practice of IR is either central or very important for all of these issues and more, and given the stakes riding on the solutions, it is a sobering reminder of just how important the study of international relations is.

As a final note, exobiologists (those who search for extraterrestrial life, intelligent or otherwise) have puzzled for some time over the apparent lack of observable intelligent life in the universe (civilizations capable of emitting radio waves).  With all those stars and all those galaxies, surly the conditions of life exist not just elsewhere, but many, many elsewheres.  So why do we not find any evidence of technological civilizations?  Sagan’s conclusion was and remains a sobering one.  The reason we find no evidence of technological civilizations is because those civilizations end up destroying themselves before they are able to exist long enough to leave much of a trace.