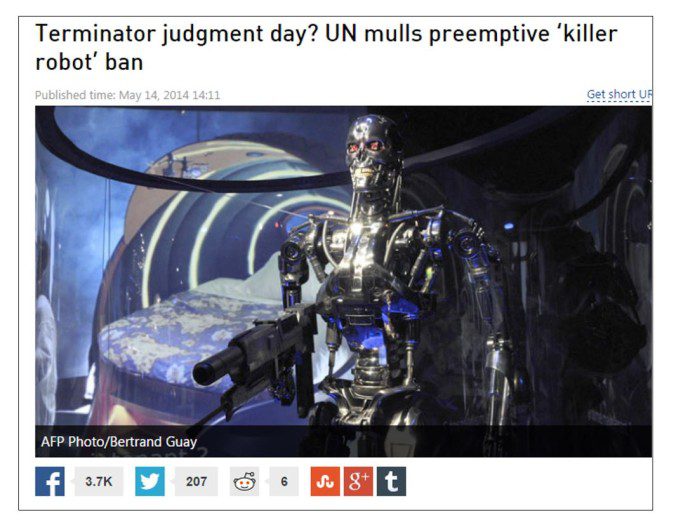 In May of 2014, the United Nations Convention on Conventional Weapons (CCW) first considered the issue of banning lethal autonomous weapons. Before the start of the informal expert meetings, Article 36 circulated a memorandum on the concept of “meaningful human control.” The document attempted to frame the discussion around the varying degrees of control over increasingly automated (and potentially autonomous) weapons systems in contemporary combat. In particular, Article 36 posed the question as one about the appropriate balance of control over a weapons system that can operate independently of an operator in a defined geographical area for a particular period of time ought to be. Article 36 does not define “meaningful control,” but rather seeks to generate discussion about how much control ought to be present, what “meaningful” entails, and how computer programming can enable or inhibit human control. The state parties at the CCW agreed that this terminology was crucial and that no weapons systems that lacked meaningful human control ought to be deployed. The Duck’s Charli Carpenter has written about this as well, here.

Last month in October, the United Nations Institute for Disarmament Research (UNIDIR) held a conference on the concept of meaningful human control.   Earlier this month, states again convened in Geneva at another CCW meeting and agreed to further consider the matter in April of 2015. Moreover, other civil society groups are also now beginning to think about what this approach entails.   It appears, then, that this concept has become a rallying point in the debate over autonomous weapons. Yet while we have a common term with which to agree, we are not clear on what exactly “control” requires, or what proxy’s we could utilize to make control more efficacious, such as geographic or time limits, or what “meaningful” would look like.

Today, I had an engaging discussion with a colleague on a “semi-autonomous” weapon: Lockheed Martin’s Long-Range Anti-Ship Missile (LRASM). One colleague claimed that this missile is in fact an autonomous weapon, as it selects and engages a target. Another colleague, however, claimed that this was not an autonomous weapon because a human being preselects the targets before launching the weapon. Both my colleagues are correct. Yet how can this be so?

The weapon does select and an engage a target after it is launched, and the particular nature of the LRASM is that it can navigate in denied environments where other weapons cannot. It can change course when necessary, and when it finds its way to its preselected targets, it engages in a selection these targets based upon an undisclosed identification mechanism (probably similar in image recognition to other precision guided munitions). LRASM is unique in its navigation and target cuing capabilities, as well as its ability to coordinate with other launched LRASMs. Thus the question about whether it is an autonomous weapon, then, is really a question about meaningful human control.

I cannot here answer fully this question. However, I can raise two potential avenues for the way forward. One is to consider human control not in terms of a dichotomy (there is either a human being deliberating at every juncture and pulling a trigger or there is not), but in terms of an escalatory ladder. That is, we start with the targeting process, from the commander all the way to a targeteer or weaponeer, and examine how decisions to use lethal force are made and on what basis.   This would at least allow us to understand the different domains (air, land, sea) that we are working within, the types of targets likely found, and the desired goals to be achieved. It would also allow examination of when particular weapons systems enter the discussion. For if we have an understanding of what types of decisions, from various (perhaps automated) types of information, are made along this ladder, then we can determine whether some weapons are appropriate or not. We might even glean what types of weapons are always out of bounds.

Second, if this control ladder is too onerous a task, or perhaps too formulaic and would induce a perverse incentive to create weapons right up to a particular line of automation, then perhaps the best way to think about what “meaningful human control” entails is not to think about its presence, but rather its absence. In other words, what would “meaningless” human control look like? Perhaps it is better to define the concept negatively, by what it is not, rather than what it is. We have examples of this already, particularly with the US’s policy regarding covert action. The 1991 Intelligence Authorization Act defines covert action very vaguely, and then in more concrete terms defines what it is not (e.g. intelligence gathering, traditional or routine military or diplomatic operations, etc.). Thus clear cases of “meaningless” would be to launch a weapon system without undertaking any consideration of the targets, the likely consequences, and the presence of civilian objects or persons. Or to launch a weapon that perpetually patrols. This is of course cold comfort to those who want to ban autonomous weapons outright. Banning weapons would of course require a positive and not negative definition. 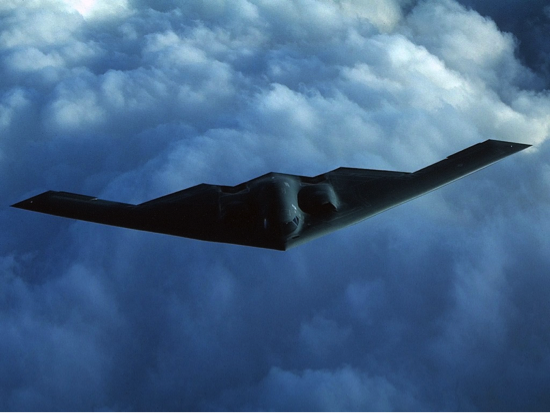 This is a guest post by Jarrod Hayes. He is Assistant Professor in the Sam Nunn School of International Affairs. He received his PhD in Politics and International Relations from the University of Southern California in 2009. His research broadly focuses on the social construction of foreign and security policy.

They are complex weapons.  They are expensive.  They require high levels of engineering expertise to develop, maintain and operate.  They are the purview of the most advanced developed economies in the world.  Nuclear weapons?  Nope, modern major conventional weapons systems.

The title of this post exaggerates of course, but I think there might be something to it.  My thinking on this subject is prompted by a recent story on quiet pressure being applied by policymakers the United States to their colleagues in the United Kingdom.  The Americans want the Brits to scrap their submarine deployed nuclear weapons in favor, one assumes, of more conventional military capabilities.