Part-time political scientist and blogging provocateur Brian Rathbun yesterday checked himself into a rehabilitation center for addiction to science fiction. Although Rathbun’s public face was as an anti-nerd, he secretly had succumbed to the vice of Battlestar Galactica, which he watched in its entirety over the last few weeks. Reached for comment, Rathbun simply said, “I haven’t left my room in weeks. I watched over eighty episodes of BSG. Oh my god, I even know the acronym. There is a bogey on my dradis! There is a bogey on my dradis!” The academic was then escorted away by treatment professionals.

It was only through an intervention from his loved ones, including the members of Metallica (with whom Rathbun collaborated on a documentary several years ago) that Rathbun admitted he had a problem. He is now, as they say in Nerds Anonymous, “off the starship” and on the path to recovery. As part of his 12 steps, Rathbun is currently making amends to close family and friends who he has neglected for the last few weeks.

Rathbun is also engaged in a controversial 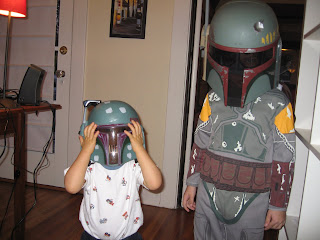 anti-nerd reorientation therapy that many openly nerdy nerds object to. Charli Carpenter, a friend of Rathbun’s now considered a bad influence by his sponsor, tweeted (of course), “Being a nerd is not a choice. It is something that you are born with. Gaius, I mean –Brian, is denying his inner nature. That’s what the Sixes have taught us not to do.”

It started harmlessly enough. Rathbun had been playing Star Wars with his two sons, two and six years old. Then he became curious about Game of Thrones. Addiction specialists describe the fantasy series as a gateway for more serious nerdy compulsions. “It appears to be un-nerdy, what with the ripped chests and the swords. There are no robots around,” said Dr. Jock von Hilsbrand III, who is treating Rathbun. “But before you know it, patients’ wives find them at a Star Trek Convention wearing pointy ears. I have seen it again and again.” By the time anyone noticed that Rathbun had a problem, he was so deeply immersed in Battlestar Galactica that he could not separate reality from science fiction. He even went as far as to accuse friends like Carpenter of being machines.

Although Rathbun’s sorry state must be attributed first and foremost to his personal weaknesses, Netflix’s streaming capability certainly exacerbated his disease. “There is both a supply problem and a demand problem,” said von Hilsbrand. “We need to crack down on the filthy purveyors of this pop cultural crack. It is simply too available.” Nerds stress, however, that recreational use of science fiction is perfectly safe although it does induce a phenomenon called “the munchies.”

Rathbun seems to be feeling more like his former anti-nerd self, complaining to the nurses in the facility about the lack of creativity in Battlestar Galactica while gesticulating wildly: “So there is this other human civilization, but it looks exactly like ours. I mean they even have lap dances on Caprica. Give me a break. Be a bit more ingenious when you are creating other worlds.” Rathbun is also playing the drums again to return to his non-nerd roots. It is not clear, however, whether he is really on the path of healing or simply trying to restore his tarnished credibility with other anti-nerds. “There are metalheads, Mad Men fans, and Shakespearean actors – all counting on me. I let them down,” the recovering addict admitted.

Nerdiness is a disease for life, experts say, and Rathbun will have to follow strict protocols to prevent a relapse. He must avoid any social contact with other geeks. Just turning on his son’s play light saber could have him back ‘on the starship,’ warns Dr. von Hilsbrand. He will be avoiding places where nerds congregate, like comic book stores, video game consoles and the International Studies Association annual convention.