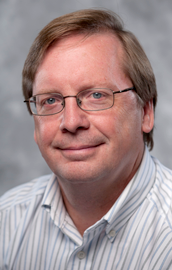 Why John J. Mearsheimer is Wrong on Ukraine

When I arrived as an incoming graduate student at Ohio State University, I was labeled a realist since I studied extensively under John J. Mearsheimer at the University of Chicago. And despite the fact that I find such labeling exercises rather silly (plus, my advisor at both Chicago and OSU was actually Alex Wendt), there was, and still is, some truth to it. Power does matter in international politics and contrary to many others in our field I think that Mearsheimer’s theory of great power politics does make a lot of sense, and it explains large swaths of international politics throughout history.

However, despite the fact that his recent analysis in Foreign Affairs of the causes of the Ukrainian crisis makes a number of good points, most importantly, that Putin’s actions do not necessarily signal an attempt to build a greater Russian empire and that realpolitik matters, it is at the same time wrong. END_OF_DOCUMENT_TOKEN_TO_BE_REPLACED