You have plans tonight at ISA! The Duckies at 7:30pm

Today’s the day! The ISA Online Media Caucus (OMC) Online Achievement in International Studies Awards Reception is TONIGHT.  It’s the best party in town with the best people.  Food and drink will be tremendous. If you miss it, SAD.

Seriously, 7:30 pm in Holiday 1.  Come to see your friends win prizes, watch some AMAZING ignite-style speakers, and hobnob with a whole host of people who use social media to tell the world about their work.

And, if you don’t have plans this afternoon, come to the Online Media Caucus – Live Tweets for (Political) Science panel.  We’ll be chatting about the utility of online media for promotion of scholarship and tweeting out about the awesome experience that is ISA.  #ISA2017 #TC04

Duck Retirement: what 7 years of blogging has given me

It’s time. I’m signing off as permanent member of the Duck of Minerva after seven (7!?!) years of blogging. The experience has helped shape me as a professional, writer, and member of the IR and online communities. I began blogging during my first nervous year as an academic and continued through to the current realisation that I’m now a *youthful* mid-career scholar. My posts have covered a very wide range of topics, including ebola, Anthony Weiner’s first set of dick picks, women and combat in the US military, and the parallels between police and military racism and brutal tactics. I’m most proud of my posts on feminism, sexism, and surviving academia as a woman and as a parent. I’m grateful that Charli Carpenter asked me to be part of the Duck team in 2009 and for the many exchanges with fellow bloggers and readers over the years. Through it all, blogging has given me a few things. In no particular order:

I’m sure I’ll pop in as a guest from time to time. For now, thank you and farewell! 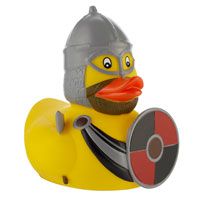 The Duckies have moved from Duck of Minerva to the ISA’s Online Media Caucus, but the process is mostly the same.  Vote for your favorite examples of outstanding Online Achievement in International Studies here.

The new deadline is January 11th, so nominate away!

The Duckies have moved from here to the Online Media Caucus, but that does not mean that readers of the Duck should not participate.  Indeed, it means that the DoM is now eligible for nominations.  So, wander over to the OMC and nominate for a variety of categories, including best blog, best visual post, best podcast, best twitter account and more!

Duckies Keep Quacking But In A Different Nest: Nominate

The new ISA caucus, the Online Media Caucus, has taken over the Duckies, and it is now nomination season (much safer than Duck Season).  So, head over to the new OMC blog and nominate your favorite blogs, posts, tweets, and other online media for the next round of the Duckies, to be awarded in Atlanta in March at the next ISA meeting.    As always, the Duckies will be sponsored by SAGE.  The big difference for Duck of Minerva fans is that now that the DoM is not running it, it will now be eligible for the competition (officers of the OMC are not eligible).

The Online Media Caucus was ratified at the ISA in New Orleans.  The question is: now what?

First, we now have a variety of online media outlets to publicize:

END_OF_DOCUMENT_TOKEN_TO_BE_REPLACED

We gave out the Online Achievement in International Studies (OAIS) a.k.a. the Duckies, Thursday night, in a wonderful reception sponsored by SAGE.  Given that this is Oscar night, we should say that there are no winners, just that the Duckies went to: