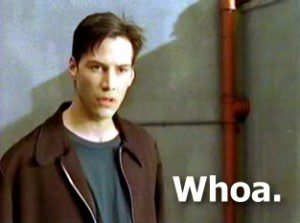 Last summer some readers suggested that we run open-ended posts designed to spark discussion. So consider this another attempt to do so.

My challenge: (1) name the most thought provoking piece — or pieces — that you read this year dealing (in a broad sense) with international studies concerns and (2) justify its inclusion on such a list. I don’t mean pieces that you agreed with, or even that you thought were good. But pieces that made you think, do a gut-check about your existing views, or just stuck in your mind for a while.

First, Julian Go’s Patterns of Empire: The British and American Empires 1688 to Present (2011). In addition to being a terrific crystallization of what’s wrong with so much of the American-empire debate, Go’s notion of global fields has really gotten me thinking about how to recast hegemonic-order theory.

Second, Neal Stephenson’s Anathem (2008). I was very late to this game, but beyond being one of those books that makes you go “whoah,” Anathem made me think long and hard about what, exactly, it means to be a scholar and the intersection between scholarly vocation and scholarly practice.