A Friendly Amendment to a Useful Conversation: Lets Make the World a Better Place 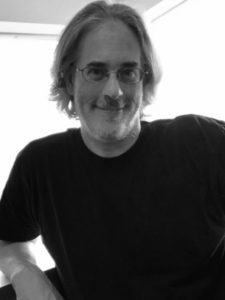 This is a guest post by Christian Davenport, a Professor of Political Science at the University of Michigan, Ann Arbor. Will Moore was a close friend of, and  collaborator with, Professor Davenport.

There have several themes emerging out of the loss of our dear colleague that have emerged: how wonderful Will H. Moore (hereafter Will) was as a colleague, teacher and friend as well as a detailed and long-overdue discussion about mental health/care in the profession as well as individual cases. I do not want to detract from that conversation but I do wish to suggest two things.

First, just because we might—and should—provide some venue/place/service for people to share and be heard regarding what is going on in their lives does not mean that all of those in need will avail themselves of such a service. As an African American (after generations of experiments, neglect and poor treatment), I am hesitant to go to anyone’s office; many friends, relatives, and black folk I don’t know share this opinion according to existing research. There are other reasons for not going —pride, fear, a perception of inefficacy, shyness, poverty, etc.

I’m not against the community of scholars identifying and providing such a service. I’m just identifying that there are some limitations that need to be considered. If things were available does not mean that our dear friend would still be here.  It’s a little more complex than that and I wish to probe this a little.

With regards to my work on Rwandan political violence, I was essentially traumatized by my trips. I saw mass graves with bodies still in them, conversed with murderers, interviewed survivors, and surveyed both—as well as bystanders.  There was no one to speak to except the small group of other scholars who were interested/open (like Will) and practitioners who shared the experience (like the late Alison Des Forges), most of whom were dealing with their own stuff. When I later got in trouble for highlighting diverse forms of violence and got labeled a genocide denier/trivializer by the Rwandan government (incorrectly I might add), I was further isolated, unsure whom to talk to, and felt compelled to withdraw. Indeed, during this period I did not really speak to anyone about the experience. This persisted for several years, until I started writing about it—initially in story/blog form.  After I did this, I began to feel more comfortable about continuing my work there.  Upon seeing the scholarship that emerged (after I was criticized and banned), I became enraged—further propelling me into the research about Rwanda, which I am now completing.

Trips to India to study the horror that is untouchability (PDF), and to the Dominican Republic to study the slavery-like condition of Dominican-Haitians in Bateyes, further fueled my negative thoughts/feelings about the human condition. Much less sensationalistic, this says nothing about my constant attention to the plight of African Americans regarding the myriad of ways that they are killed and treated in a discriminatory fashion—the number of ways which only multiplies as I look further (higher rates of diagnosed schizophrenia being the last). I tend not to discuss this last one with any of colleagues and numerous friends because most “don’t want to go there”—including, to be honest, myself. Will would go there. He was always ready to let me vent and I would let him do the same when he so desired. Part of the reason that most would not, however, is that there is no simple resolution to the problem. This leads me to the second point.

Second, I wish to suggest that we not only focus on the scholars who are addressing difficult topics and the support systems around them, but also the system that produced the privilege that so elevated and disturbed our dear friend Will.  I wish to suggest that we focus on the system that produced the misogyny that upset our friend and compelled him to take action—repeatedly. I wish to focus on the racism that compelled him to take action and the repression that provoked him to work so hard. I want to focus on the discipline, departments and society that thrives on ignoring peoples work and creating cultures where folks are intolerant of people who are different, awkward, or even odd.  I do not want to suggest that we turn away from such topics because they are difficult, but rather that we all turn to such topics in order to alleviate the overall cost spent by any single person who studies them.

I say all this because I think that some of our conversation following Will’s departing has been hijacked by a belief that if we just had the right apparatus in place, then we would not currently be where we are. I think that many people are in pain because of the world being the way that it is. We are only going to improve this situation by improving the world around us. We don’t just need a venue for communicating our pain and resolving some massive internal issues that these involve. We need to also address the sources for some of the things that prompt anxiety and depression, as well as that shape the openness of individuals to discuss uncomfortable topics. For example, many do not even acknowledge the high rates of suicide within the African American male population (PDF). To deal with this problem effectively however we not only need to provide venues and strategies for helping this population deal with their mental health, but we also need to stop sticking guns in their faces, patting them down, under-employing them, underestimating them, and subjecting them to microaggressive behavior. These two efforts need to work hand in hand in order to produce a change.

Not Such a Happy New Year…

… for those burned to death inside a church in Kenya yesterday. The victims were members of the Kikuyu tribe, whose ruling party is suspected of having rigged the recent election; the mob that doused the church with gasoline and set it alight was mostly Kalenjins, Luhyas and Luos, the ethnic group of the party dominated by the opposition, who is contesting the electoral results.

Genocide Watch has released a genocide alert for Kenya in the face of the mounting violence:

“Ethnic massacres are an indicator that the risk of genocide in Kenya has risen to Stage 6, the Preparation stage. Kenya has not yet descended into actual genocide. However, the next stage in the process is actual genocide, and Kenya is close to that stage.

Genocide can be bilateral, with perpetrators from two (or more) groups killing members of other groups because of their ethnic identity. Burundi had such bilateral genocide from 1993 – 1995.

1. No country should recognize or congratulate President Kibaki for his “re-election” until the results are confirmed by independent election inquiries.

3. President Kibaki and Mr. Odinga should declare their willingness to abide by the decision of an independent election inquiry commission whose members are named by both men, including trusted leaders from other African countries.

4. Both President Kibaki and Mr. Odinga should refrain from holding mass rallies, and should firmly forbid their supporters from joining criminal militias that are murdering and looting. Members of such militias should be arrested quickly and tried for their crimes.

5. Religious and civil society groups in Kenya should vigorously oppose the violence and protect people who are targeted because of their ethnic identity.

6. The African Union should begin immediate planning to send well equipped police forces to Kenya to quell the ethnic rioting there. The United Nations should condemn the violence and financially support African Union efforts to mediate the dispute and prevent further violence.”