This is a guest post by Christopher Gelpi and Elias Assaf.  Christopher Gelpi is Chair of Peace Studies and Conflict Resolution at the Mershon Center for International Security Studies and Professor of Political Science and Elias Assaf is a Ph.D. candidate in Political Science at The Ohio State University, both at The Ohio State University

President Donald Trump adopted a variety of controversial and unorthodox foreign policy stances during the 2016 presidential campaign.  Since taking office, Mr. Trump has moved quickly to begin implementing many of these policies – including a border wall with Mexico, a ban on immigration from certain majority-Muslim countries, and withdrawal from the Trans-Pacific Partnership.  While Mr. Trump was very clear about his intentions during the campaign, public reaction to his implementation of these policies has nonetheless been quite negative.  Protests among left-leaning progressives in response to the anti-Muslim travel restriction are not surprising, but even prominent Republican leaders have been critical of Trump’s foreign policy actions since taking office. Moreover, according to Gallup’s tracking poll, President Trump’s disapproval rating rose sharply during his first week in office.  Within eight days of taking office, a majority of the public already disapproved of the job he was doing as President.

END_OF_DOCUMENT_TOKEN_TO_BE_REPLACED

Yesterday, four Neo-Nazis were finally sentenced for their roles in a series of brutal killings of Roma families in Hungary in 2008 and 2009.  Although the convictions have been applauded as a human rights victory, advocates are still demanding that Hungary steps up to the plate and protects the rights of Roma, a historically at-risk minority.  The killings were not isolated events against Roma in Hungary; other discriminatory actions have been occurring, without punitive consequences, for quite some time.

END_OF_DOCUMENT_TOKEN_TO_BE_REPLACED 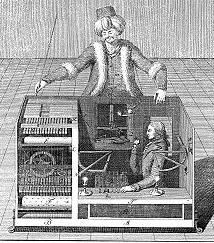 Mechanical Turk and Experiments in the Social Sciences

Amazon created a platform called Mechanical Turk that allows Requesters to create small tasks (Human Intelligence Tasks or HITs) that Workers can perform for an extremely modest fee such as 25 or 50 cents per task.* Because the site can be used to collect survey data, it has become a boon for social scientists interested in an experimental design to test causal mechanisms of interest (see Adam Berinsky’s short description here). The advantage of Mechanical Turk is the cost. For a fraction of the expense it costs to field a survey with Knowledge Networks/GfK, Qualtrics, or other survey companies, one can field a survey with an experimental component. Combined with other low-cost survey design platforms like SurveyGizmo, a graduate student or faculty member without a huge research budget might be able to collect data for a couple of hundred dollars (or less) instead of several thousand. But, storm clouds loom: in recent weeks, critics like Andrew Gelman and Dan Kahan have weighed in and warned that Mechanical Turk’s problems make it an inappropriate tool, particularly for politically contentious topics. Are these criticisms fair? Should Mechanical Turk be off limits to scholars?