This is a guest post by Linda Monsees who works as a Post-Doctoral Researcher at Goethe University Frankfurt and is the author of Crypto-Politics.

After wars on drugs, Christmas and everything in between, it seems that we people tend to call everything a war – everything despite a real war. But really, we are now in a ‘war on truth’? Politicians, companies, and countries start disinformation campaigns and lots of stories are shared that do not qualify as journalism.  And this spread of fake news got us in a ‘war’? I get it, we are still in the process of overcoming the shocks of certain elections that did not end the way many of us would have liked. Combine this shock with a natural technology-angst and this thing called fake news becomes a real threat.

But isn’t the task of a social scientist to take some distance, anaylse, explain and – dare I say? – even give guidance? So what about the ancient wisdom of ‘Don’t Panic’? I get the feeling that much of the academic debate reproduces assumptions about the impact on fake news rather than investigating them. A closer look at empirical research shows that the impact of fake news isn’t that big – fake news do not really seem to change people’s voting behaviour. And well, do I need to tell you that spreading false information for political or economic gains isn’t such a new phenomenon either? If you think about it, fake news are a form of propaganda. Of course, networked technology makes it possible that these news items spread faster than ever before. I am not denying that fake news are a thing, the public discourse might just overrate its impact. So, fake news are widely shared and it certainly shapes current political debates – but maybe not in the way most people think?

Research on fake news has shown that people really do not seem to care too much about the veracity of the stories that they share. In the UK, more than a third of people sharing news admit sharing inaccurate or false news, an insight corobroated by other sociological research. While it surely is a problem when people (and I include myself here) cannot distinguish between ‘real’ and ‘fake’ news, people seem also be fine with sharing non-true stories. Acknowledging these insights then also means that ‘media literacy’ is not really a solution to the problem. danah boyd actually made this argument in a much nicer way, so check out her article over here. Focusing on media literacy does not acknowledge the underlying political and social problems that might be the source for the spread of fake news. Media literacy is considered to be the right tool to educate people about which kind of news they need to read. But this focus on education makes the problem of fake news one of young and uneducated people. According to this view, media literacy will help people who cannot distinguish between fake and non-fake news to become more educated.  Fake news is thus only a problem of ‘them’  – the young and uneducated. The underlying political economy, the importance of clickbait and legitimate political protest are covered up by such a focus on media literacy.

Fake news, post-truth, disinformation will probably just become part of our political vocabulary. This reflects changes in technology and the media culture and even though we feel uncomfortable about this we should maybe listen more to people who have actually done empirical research on this rather than repeating panicked judgements. 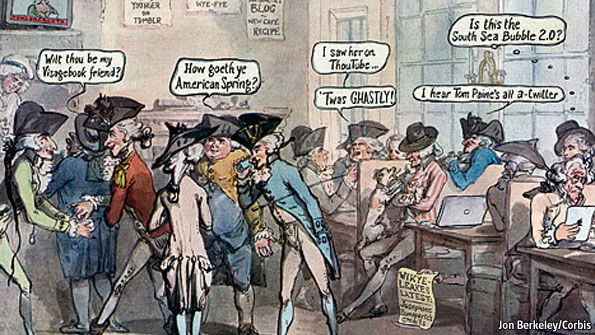