Tag: fear and self-loathing in Seattle

Stuff Political Scientists Like #8 — feeling terrible about themselves, or APSA 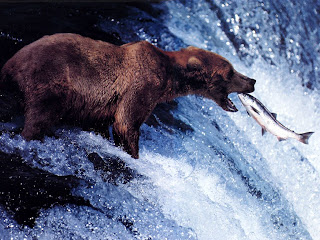 Every year political scientists make a remarkable pilgrimage towards a large American city — Chicago, San Francisco, Philadelphia. Against all odds they push upstream trying to make a name for themselves. There is only room enough for a dozen or so great names in political science, those whose names will one day adorn a plaque in a graduate student lounge. We speak their name in hushed tones — Dahl, Skocpol, Waltz. But this does not deter thousands from arriving each year — yearning, striving, networking.

For graduate students political scientists call this ‘socialization,’ or learning how to feel insignificant. They feel violated as more established political scientists scan their badge while trying to sustain eye contact, instantly dismissing those with ‘State’ in the title of their universities. They seethe as they spot the renowned expert on the subject of their dissertation spend four hours at the bar despite an earlier email that their schedule was already full up. Outside they are stoic, but inside they are screaming, “Pay attention to me! I have things to say!”

At night the cleaning staff sweeps mounds of hair torn out from temples in the book exhibit hall where nervous junior professors earlier stalked the book stalls hoping for a chance encounter with the elusive acquisitions editor who never seems to appear. If one listens very closely, one can hear the walls whisper, “I was wondering if you could look at this prospectus. Prospectus. Prospectus….”

Other political scientists have clearly given up on attaining greatness. Their discussants strain to pretend that they have actually written a paper, saying things like, “I wonder if you could say a bit more” and “this was a really interesting paper.” The deadwood has no clothes. He thanks the discussant for his “helpful feedback,” submits his receipts for reimbursement and thinks about his 1982 APSR article. So much promise. So much promise.

Even those who have successfully navigated the raging waters and fought their way upstream cannot help wonder why, after all this time, their voice echoes in an empty ballroom as they sit upon the dais. “Why am I sitting three feet above an audience of five people? Was it all worth it? A lifetime of work for five citations in the Social Science Index? I should have never put my career before Jane. I wonder where she is now. Jane? Jane!?”

Yet every year the pilgrimage begins anew. Just not in New Orleans.