The Heartland Institute, a conservative think-tank well-known for its skepticism about climate change, placed the above digital billboard for 24 hours along the Eisenhower Expressway in Chicago this past week. For $200, they bought a lot of publicity.

Actually, there’s no need to draw an analogy comparing Hitler and anti-tobacco views to terrorists and concern for global warming. The climate skeptics have sometimes gone straight for the jugular:

When Christopher Monckton, the hereditary third Viscount Monckton of Brenchley, attended an Americans for Prosperity meeting in Copenhagen on Wednesday night that was interrupted by chanting youth [climate] delegates, he was reportedly furious. But no one expected him to go back and berate them.

Yesterday he ambushed a small group of students from the non-profit SustainUS inside the Bella centre. One of them texted her friends for help. Several arrived, including Ben Wessel, a 20-year-old activist from Middlebury College, Vermont.

Monckton then repeatedly called them “Nazis” and “Hitler Youth”.

Other climate skeptics have positioned themselves in the role of Einstein vis-à-vis Hitler.

[Aside: Would this be a good time to point out that some of the professional climate skeptics were tobacco skeptics once upon a time? And I mean literally the same people, such as Frederick Seitz, S. Fred Singer, Richard Lindzen. ]

Of course, two can play (and have played) this game. For some concerned about global warming, climate change denial is like Holocaust denial:

Index on Censorship hosted an event at the Free Word Centre in the hope of teasing out the various strands of this conflict. The title – “Is climate change scepticism the new Holocaust denial?” – may have seemed provocative, but it picked up on phrases used by panellist George Monbiot, who in the past has described the two stances as equally immoral and stupid. When asked if he thought climate sceptics’ evidence for their claims was as flakey as that of Holocaust deniers for theirs, Monbiot concurred. Questioned on the use of the term “deniers” to describe his opponents, Monbiot said he simply could not think of a better way of describing them, though he recognised the implications the term could carry for some.

CBS TV journalist Scott Pelley went that route back in 2006: “If I do an interview with Elie Wiesel,” he asks, “am I required as a journalist to find a Holocaust denier?”

At least some politicians worried about global warming have compared climate skeptics to the Europeans who appeased Hitler, or the Americans who dismissed his significance.

And so it goes.

As a political scientist interested in political communication and the prospect of deliberative democracy, these examples are fairly disheartening.

Just a few weeks ago, I wrote here at the Duck about Godwin’s law: “if you mention Adolf Hitler or Nazis within a discussion thread, you’ve automatically ended whatever discussion you were taking part in.” Or, as one US News political columnist wrote, there is “an unwritten rule in public speaking: comparisons to Hitler and Nazi Germany never work.” One oft-mentioned corollary to Godwin’s law suggests that “whoever mentioned the Nazis has automatically lost whatever debate was in progress.”

In this case, I fear that “if both sides do it,” then we are all doomed.

“Castro is Our Hitler” 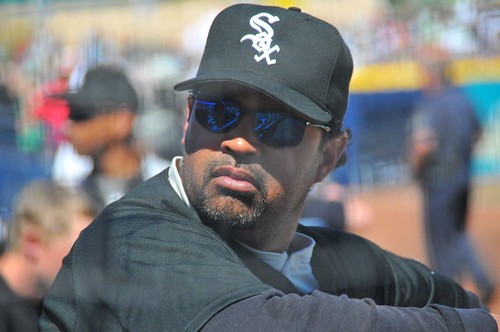 “I love Fidel Castro,” Blurts Ozzie Guillen, the new manager of the Miami Marlins, in his Jupiter, Fla., spring-training office before an early-March team workout….After a second of reflection, the most unfiltered figure in baseball, if not sports, wants a do-over. “I respect Fidel Castro,” says Guillen, a Venezuela native who also says he respects Hugo Chavez. “You know why? A lot of people have wanted to kill Fidel Castro for the last 60 years, but that mother—— is still here.”

Those remarks set off something of a firestorm in Miami, where a very large Cuban-American community resides. Cubans may love baseball, and Ozzie Guillen may have been hired to appeal to the local Latino community, but expressing admiration for Castro is the dangerous third rail of Florida politics. And because Florida is important in national politics, American politicians frequently bow to the Cuban American community’s concerns.

Then again, Guillen is somewhat used to controversy. He famously apologized in 2006 for making a gay slur about a Chicago sportswriter — but he apologized only to the gay community, not to the journalist. He commonly describes players, umpires, and others using profanity. His twitter feed is popular precisely because of his off-the-cuff nature.

Moreover, this is not even the first time Guillen has openly expressed admiration for Castro’s endurance in power. In 2008, Men’s Journal asked Guillen, “Who’s the toughest man you know?” His answer:

Fidel Castro. He’s a bullshit dictator and every-body’s against him, and he still survives, has power. Still has a country behind him. Everywhere he goes they roll out the red carpet. I don’t admire his philosophy. I admire him.

Yet, the latest remarks have essentially forced Guillen to offer multiple apologies — and caused his team to suspend him for five days.

Obviously, context is everything. In 2008, Guillen worked in Chicago. Now, he works in Miami, home to hundreds of thousands of Cuban-Americans.

To me, the most interesting dimension of the story is the comparison some Cuban Americans are making between Fidel Castro and Adolph Hitler.

Dan Le Batard, a Cuban-American writer for the Miami Herald, who also hosts a radio show in Miami and a show on ESPN with his father, a Cuban exile, went on SportsCenter yesterday to explain why Ozzie Guillen’s recent comments were so hurtful to the Cuban-American population in Miami.

Le Batard calls Guillen’s comments “the worst possible thing that [he] could have said.” Le Batard also explains just what Castro means to the local population…

R.J. Rummel estimated years ago that the Castro regime was responsible for between 35,000 and 141,000 deaths through 1987. The median figure was 73,000. In 2008, Genocide Watch, the Coordinator of the International Campaign to End Genocide, put the total to-date Cuban death toll in the thousands and Cuba Verdad’s careful effort to document each death established the figure at just under 8,000 dead — plus nearly 78,000 Balseros victims through 2007. I cannot readily determine if Rummel’s figure includes the death toll from Cubans lost at sea fleeing the regime.

These numbers reflect the acts of an autocratic regime, to be sure, but the comparison to Hitler seems like a huge stretch. In a much shorter period of time, Germany under Hitler’s rule managed to kill over 11 million noncombatants and launch a world war that killed tens of millions of people. Hitler is generally rivaled only by Stalin in these sorts of debates. In 2005, when Fidel Castro was still in power, he didn’t even crack a top 10 list of the world’s worst dictators.

Perhaps Cuban Americans are not familiar with Godwin’s law: “if you mention Adolf Hitler or Nazis within a discussion thread, you’ve automatically ended whatever discussion you were taking part in.” Or, as one US News political columnist wrote, there is “an unwritten rule in public speaking: comparisons to Hitler and Nazi Germany never work.” One oft-mentioned corollary to Godwin’s law suggests that “whoever mentioned the Nazis has automatically lost whatever debate was in progress.”

I say, tell that to whoever it was that compared Saddam Hussein to Hitler.