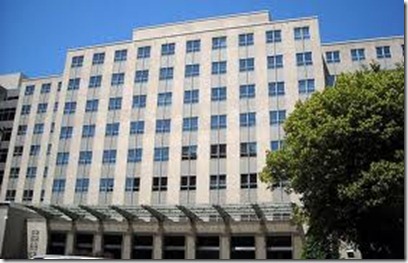 NOTE: The following was actually written before Dan Nexon posted a good piece on exactly the same essay. I’m not sure if that coincidence means anything, but here’s my take:

So I just read Orfeo Fioretos’ “Historical Institutionalism in International Relations” (IO 65/2, 2011). It’s very good – erudite and sophisticated, the kind of dense, abstract writing that makes me wonder if I can keep up in our uber tech-y scientistic field. In it (fn. 18), he defines ‘institution’ as “rules and norms that guide human action and interaction, whether formalized in organizations, regulations, and law, or more informally in principles of conduct and social conventions.” Wikipedia has the nice, punchy: “An institution is any structure or mechanism of social order and cooperation governing the behavior of a set of individuals within a given human community.”

So here is my question: What is really ‘institutional’ about these definitions? Aren’t they staying that pretty much an human behavior that occurs more than once can be an ‘institution’? And isn’t that counter to common-language usage?

I don’t mean to single out Fioretos in this discussion. His essay is excellent, as is Dan Nexon’s response. This definition is widely accepted in IR I think, and the nomenclature has long confused me since graduate school. But when I think of institutions I think of organizations with some kind of charter or formal guidelines, probably with a big building somewhere, where people do their jobs with bosses they don’t like and sit in cubicles all day, with schedules, meetings, deadlines, and cocktail hour. Like a university, or a police department, or the Congress. (The pic above is the Brookings Institute.) Isn’t that more intuitive? Isn’t that what our students and parents think we say ‘institution’ to them?

But in IR/social science, it seems like we can call almost any patterned behavior an institution, which seems pretty definitionally broad. Isn’t patterned human behavior pretty much everything and what all of us in the social sciences study? For example, I think Fioretos’ definition means that we could call the Cold War an institution, or my relations with my nieces, or my unpaid bar tabs. Does this really work? Does it really seem reasonable to call the Cold War, filled with paranoia, suspicion, and proxy wars, an institution? Does it make sense to use the term ‘institution’ in private settings that also have expectations of regularized conduct? I guess you could say the Cold War sorta became a ‘regime’ during détente. But an institution? Would non-IR readers really grasp that?

So I admit I don’t get it. Is the ‘institutional turn’ in the social sciences just a fancy way of saying we look at patterns over time, and is that just a fancy way of saying ‘history’? I don’t mean to be trite; I know I’m not a good methodologist as my reviewers always tell me. But I don’t really see why we don’t just call ‘historical institutionalism’ ‘history.’ Path dependence, temporality, sequencing – that’s all stuff historians have been doing for awhile, no?

Ok, now that everybody thinks I got my PhD at Walmart, tear me to pieces…

[warning: this post and the piece attached to is is only of interest to a handful of academics]

The April 2011 issue of International Organization included a very interesting review essay by Orfeo Fioretos entitled “Historical Institutionalism in International Relations.” The thrust of Fioretos’ argument, developed through a discussion of books ranging from John Ikenberry’s After Victory to Abe Newman’s Protectors of Privacy, is that international-relations scholarship would benefit from an historical-institutionalist turn. Although I found myself in agreement with the broad claims in the piece, I had difficulty with some of its specifics.

Anyone seeking to forward an historical-institutionalist agenda faces a basic problem: the approach doesn’t have what many would consider a coherent core. It emerged, as such, when a few scholars came up with a name for a motley body of work that they saw as distinguished by its opposition to “presentism” and to a rigid adherence to rational-choice theories. In his essay, Fioretos deals with this by, as far as I can tell, deciding that behavioral psychology in general, and prospect theory in particular, supplies historical institutionalism with microfoundations.

The result of my discomfort was a response piece that I shipped off to International Organization. A few weeks ago I received a very nice note from the editors declining to send the piece out for review on the grounds that the issues raised weren’t sufficiently important to merit publication. I don’t have a problem with this, but as journals in our field don’t generally publish responses to articles that appear in other journals, there’s not much left to do with the response. So I’ve decided to make it available here in the hopes that someone will get something useful out of it.