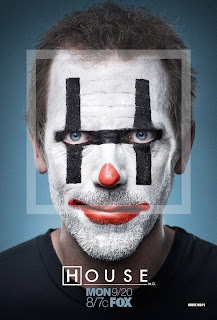 Like many of my nerdy friends, I am eagerly awaiting the return of  the second half of this season’s “House MD.” But let’s be honest, the show basically substitutes a flow chart for a plot. No one with half a brain actually watches the show for the “medical mystery”; after all the show is premised on a suspension of disbelief. It’s entertaining and a guilty pleasure because of the wit and antics of the ever gruff Hugh Laurie.

But the show can be read as more than a series of implausible medical escapades; it is also a commentary on epistemology and society. Here is a quick round-up of what I have learned from House MD:

1. House is the most rational person in the world; House is a complete drug addict. These two statements are not a contradiction within the parameters of the show. House is a calculating, self-interested, rational utility maximizer par excellence. His utility is pleasure and his pleasure is avoiding pain… and of course getting more pleasure. He is Bentham’s man; he is John Stuart Mill’s homo-economicus; he is a neo-liberal fantasy in the flesh. House is not a complete human being by any stretch of the imagination and yet this is the human being idealized by rational choice theorists. 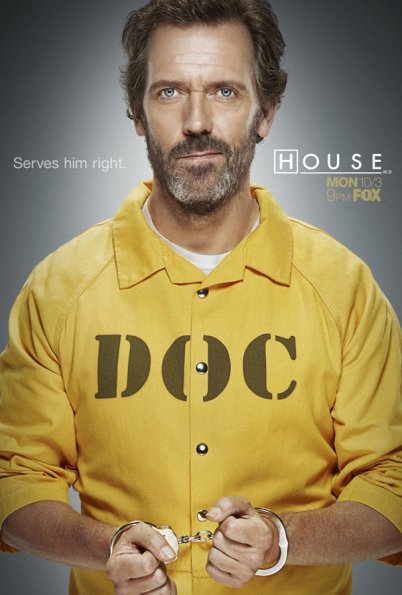 Thus, perhaps it should not surprise us that the show’s protagonist moves rather indifferently from the hospital to the prison and back to the hospital as if these were merely interchangeable backdrops from Foucault’s carceral archipelago. House cannot be reformed, resocialized, or rehabilitated by social institutions — he is hardwired, his preferences are (apparently) exogenous — governmentality does not apply to House. Notably, his incarceration makes little real impact on his personality or on his medical practice (and why should it?).

2. Everybody lies. Everyone, particularly every patient, on the show lies constantly — it’s the motto of the show. The interviewed subject (i.e. patient) can never be believed. The subject is a knowing subject who willfully deceives the (medical) examiner by telling him or her what they want or expect to hear. More importantly, the body contains the truth of the subject, but even the body deceives the examiner. Of course, the truth would not be worth much without being defined by these lies. The lies are what make the show interesting; the reasons for the lies are what are worth investigating. The lies uphold the social order and their unmasking reveals the inner workings of that society. Without understanding the reason for the lies, there is no way to solve the mystery.

3. Differential diagnosis: The show is premised on the notion that law like generalizations are irrelevant and probabalistic knowledge is potentially fatal. House is only concerned with finding solutions to the most unique of cases. After all, House’s patients are individuals; they are snowflakes. The accumulated knowledge of science is necessary but inadequate because of the specificity of his cases. These extreme outliers are not “black swans” however because their discovery does not have any impact on established theory or science. The outliers only help to confirm the belief that each individual is unique.

4. Power/knowledge: The production of knowledge is directly tied to power in the show. Wrong answers to House’s quiz questions are immediately punished with mockery and humiliation in the hierarchy of underlings. House’s own status and power are contingent on his unique ability to find the truth by the end of the show.

That Dr. House is also a raving sexist should not be surprising to any feminist theorist. Why House is not also consistently as racist and homophobic as he is sexist is a curious inconsistency or perhaps an indication of the normative (albeit relatively recent) “red lines” in the target viewing audience.

Knowledge is produced in a group setting a la Socrates. Despite House’s incredible intelligence he cannot arrive at the truth all by himself.  (Of course, some of his companions mainly provide him with social insights that he as a hedonist lacks and others provide social constraints upon/opportunities for House’s preferred unethical techniques of diagnosis.) House has encyclopedic knowledge and rational thinking, but what makes him the best diagnostician is that he understands people are seeking pleasure and avoiding pain just like himself. The dictum that guided Hobbes’ (auto-) dissection, also guides House: Nosce teipsum.

The show invariably requires the performance of a radical (and quite literally) critical test in part because House only deals with extreme anomalies and in part because he must eventually contend with increasing time pressures that will not allow for the continued reliance on conventional tests. Thus, the science of House is romantic or perhaps (more accurately) Puritan to the extent that his tests place the life of his patients at stake.

5. Biopolitics: The show is about the demonstration of power through the preservation of life from the clutches of death. The show is not about a flourishing of life, but about keeping people alive mainly to cheat death, i.e. to show the mastery of nature as an intellectual exercise. Oddly, however, House is never able to find redemption, his character must reset as irredeemable by the next episode.

So is it too obvious for me to suggest that House is both a satire and a study of us as Americans and the forms of knowledge that some wish corresponded to our society?