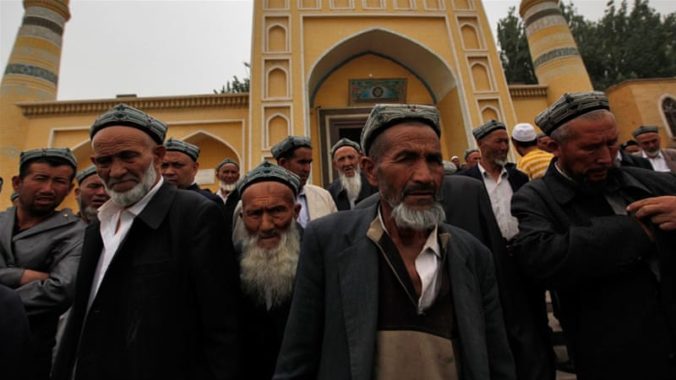 END_OF_DOCUMENT_TOKEN_TO_BE_REPLACED

My colleague and friend James Ron has a new article up at Open Democracy (with Shannon Golden and David Crow) on asymmetric access of global populations to human rights machinery. The article is one in a new Open Democracy series “Open Global Rights,” which aims to ” relocate the [human rights] conversation away from the west and to the Global South.” END_OF_DOCUMENT_TOKEN_TO_BE_REPLACED

Questions of personal biases and valid science permeate all facets of science; of course, we as social scientists face these questions all the time in our research.  Do personal biases get in the way of our science?  Is there any way around our personal biases?

“a person does not start studying human rights unless they want to identify ways to change the world for the better.  However, wanting something to be so does not make it so, and we scholars do not do anyone any favors by describing the world incorrectly.”

END_OF_DOCUMENT_TOKEN_TO_BE_REPLACED 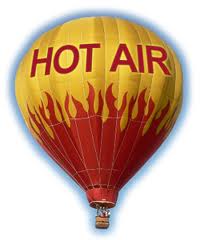 Charli’s posts on Human Rights Watch and Autonomous Weapons got me thinking: should we really expect human rights international non-governmental organizations (NGOs) to influence weapons systems?   On the whole, human rights NGOs are a pretty powerless lot: NGOs don’t control military resources like states do and they are typically not at the decision-making table.  Why would a powerful state ever listen to the musings of an NGO?  Are all of these reports and calls-for-action by NGOs really just hot air?

END_OF_DOCUMENT_TOKEN_TO_BE_REPLACED

So Kony 2012 has been labeled the fastest-growing viral video of all time. While it’s not clear how many of those “views” included actually watching the whole video, Invisible Children has certainly made an impact. The film has been criticized and satirized for inaccuracy, narcissism and counter-productivity… though not by everyone.

After a week of observing the debate, I have three thoughts.

1) The message is about the power of social media, not about Kony. I went for almost 72 hours following the Kony2012 coverage before actually finding 20 minutes to watch the film. When I did, I was surprised. It was obvious to me that the video does not intend to, nor claim to, educate people about Kony per se. What it does is make an argument about the power of Twitter, YouTube, Facebook, and the emerging transnational social fabric that suggests a power shift in favor of concerned citizens – whatever their issue. The film begins and ends with this broader message, not with Kony: see the first two minutes then click to 27:00.

I read Kony as simply an illustrative example of this broader argument used by this particular organization. And I also wonder if the video is meant to be partially satirical. The fact that the most context we really get about Kony and Uganda is in the form of a dialogue with a 5-year-old struck me as more of an object lesson for advocates about the general attention-span and substantive knowledge of their audience than a serious attempt to educate anyone about the conflict or Kony itself.

2) The campaign is an experiment. Invisible Children has taken a lot of heat for presumably buying into their own causal hypotheses… that social media will raise awareness, that awareness will translate into the policy impacts, that those policy impacts will result in Kony’s arrest. But I don’t think the film makes those claims per se, but lays them out as hypotheses. The campaign is explicitly framed as an experiment in the power of social media. The audience is invited to test IC’s hypotheses through by action or inaction. It’s certainly true that IC hopes for a certain outcome, but their effort seems to be less to capture Kony and more to carve out a new strategy for transnational campaigning that is neither the landmines model of NGO coalition-building nor the top-down elite R2P model of expert diplomacy nor the conflict diamonds model utilizing the mainstream media. So I think this should be read as an experimental effort to test a new advocacy strategy for launching human rights “boomerangs” rather than a substantive effort to raise awareness of Kony or to enact a policy goal. In that sense, the real audience is transnational advocacy groups.

3) The video’s value is its ridiculousness. While every single critique of Kony2012 is valid, this is precisely what makes it such a remarkably effective teaching tool both about Uganda and about critical media studies – and part of what made it, so far, an effective awareness-raising tool. Part of why it went viral was precisely because of the backlash. Invisible Children would have been less effective had they aimed for nuance – both because the message would have been lost on the uninformed and because it wouldn’t have provoked the backlash. What is heartening about this episode is the rapidity with which educators and pundits – not to mention human rights claimants – responded to the video with correctives, satire and clarifications. If we read this video as a catalyst rather than as the message itself, it served its purpose brilliantly. Whether that was IC’s intent or a happy accident, who knows. But other activists can perhaps learn something from this: if the purpose is simply awareness-raising of a meme, sloppy information can do that as well or better than facts and nuance.

If the purpose is credibility and fund-raising, though, that may not follow – which is also extremely heartening, especially given the unintended side effects of campaigns like this. And the jury is certainly out as to whether the purpose of policy change is served by either approach. Then again, considering that the only policy change called for here is “don’t stop what you’re already doing” it’s not clear that this was ever an over-riding goal of the campaign.

The Bureau of Investigative Journalism has released a new report alleging that CIA-piloted drones have regularly attacked rescuers and funerals as well as high-value targets – a damning claim given Obama’s recent assertion to the contrary in his digital town hall meeting.

The report correctly suggests that in the context of international humanitarian law, intentionally targeting individuals who come to the rescue of victims would be considered a violation of the rules of war.* But in doing so, and in using the term “drone wars” to describe this campaign of executions, the BJI also inadvertently legitimizes the very discourse it is critiquing: the notion that these killings are justifiable because we’re at war. And as I’ve argued before, the focus on drones also continues to obfuscate the principal problem here, which is not the weapons themselves but rather the fact that the US is engaged in a massive transnational campaign to execute suspected criminals without trial.

This would be bad enough even without the significant “collateral damage” that appears to be a consequence of these strikes. It would be bad enough even without argument that the US is targeting civilians and aid workers. And invoking the laws of war to critique those behaviors – which indeed are war law violations if we’re at war – implicitly legitimizes that very idea, which in fact the anti-drone lobby wants to refute.

It’s no wonder that the more the anti-drone lobby condemns “drone wars,” the less trouble the Obama Administration has justifying its actions.