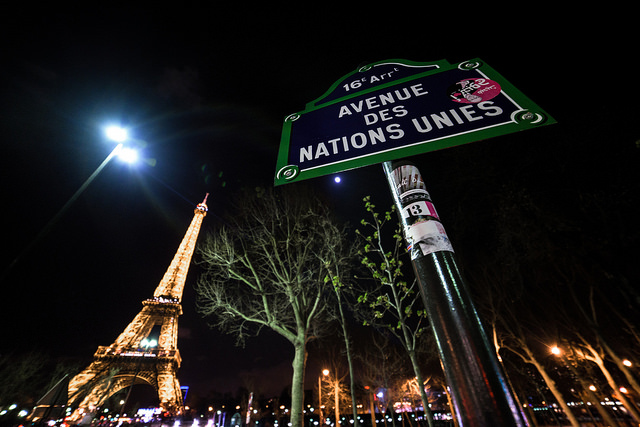 In response to the November 13, 2015 terrorist attacks in Paris that killed 129 people President Obama stated:

President Obama’s statement was a resounding call for universal compassion; the emphasis on “all of humanity” and “universal values” recalls the language of humanitarianism, enshrined in the foundational documents of the United Nations (UN) including the Universal Declaration of Human Rights and its related covenants. In the aftermath of the attacks, humanitarian values have been threatened by political posturing by the extreme right Front National party in France and by Republican (and one Democrat) governors and presidential hopefuls in the United States who are calling for either a suspension of Syrian refugee resettlement programs in the United States or limiting resettlement to only Christian refugees. Yesterday, France’s president François Hollande defied extreme right opposition and announced a commitment to accepting 30,000 Syrian refugees over the next two years.

The xenophobic and racist policies being advocated by US Republican governors and presidential candidates are an alarming affront to humanitarianism, threaten core humanitarian principles of humanity and impartiality and presage a backsliding of humanitarian policy to an unenlightened era. END_OF_DOCUMENT_TOKEN_TO_BE_REPLACED