“Too Fat to Fight”

Mission: Readiness, a collection of retired generals, admirals and other senior military officers issued their latest report this week and the accompanying press release should draw the attention of IR scholars interested in the Copenhagen School and securitization: “Childhood Obesity Endangers National Security.” The news was particularly bad for my state:

…obesity rates among children and young adults in Kentucky are significantly higher than the national average. Weight problems have become the leading medical reason why young adults are unable to serve in the military, both in Kentucky and nationwide…

“Today, in Kentucky and across the country, otherwise excellent recruit prospects are being turned away because they are simply too overweight,” Major General [D. Allen] Youngman said.

Nationally, the report found that about one in four 17- to 24-year-olds is too fat to serve in the military….

“As we look to the future, military defense will remain an important issue for our country. We are confident we’ll have the tanks and ships.…What we’re really concerned about is who will be able to join the military,” said retired Army General D. Allen Youngman of Bowling Green. “In Kentucky, we are worse off than elsewhere.”

Obviously, there are many good reasons to be concerned about childhood nutrition and obesity — particularly given high rates of childhood poverty and hunger as well. The Healthy, Hunger-Free Kids Act is probably desirable policy. However, I do wonder about the need to sell the policy by framing it as a national security issue. Even a human security frame would be preferable, but that’s not likely a persuasive message in the US.

Where does US militarism end?

Given this ranking and this data, I’m expecting the new school superintendent in Louisville to be a Dean Wormer disciple.

Note: the title of this post comes from the original report issued by Mission: Readiness. 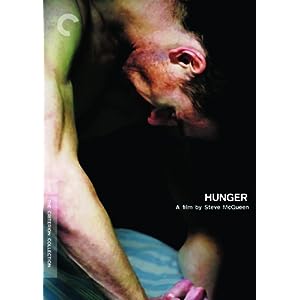 I finally took the time (and found the courage) to watch Steve McQueen’s “Hunger” (2008). It is the story of the events that led to the 1981 Irish hunger strike at Maze Prison in which Bobby Sands and nine other men died. The film is hauntingly beautiful from an aesthetic standpoint and horrifying intellectually. There are very few films which actually merit the adjective “powerful,” this is one of them.

(I am still processing this film in my mind, but I thought I would share a few thoughts in case others have seen it and thought it through…)

Critics will undoubtedly take issue with the film for its failure to contextualize the crimes (and therefore the punishment) of the IRA “terrorists,” but the film is not a history of the “Troubles” per se. Even if one absolutely condemns the violence of the Irish Republican Army (IRA), the film forces the viewer to confront the relationship between the state and the body.

There are brutal scenes in which the bodies of the condemned appear Christ like after they have been abused by the prison guards. The state itself appears bodily in the mode of discipline, and the various trials of strength, dignity, and will inflicted upon the prisoners in spirals of barbarism inside the prison. Outside the prison, the bodies of the state are the target of ruthless assassinations by the IRA. The state also appears dis-embodied as the merciless voice of Margaret Thatcher:

“Faced with the failure of their discredited cause, the men of violence have chosen in recent months to play what may well be their last card. They have turned their violence against themselves through the prison hunger strike to death. They seek to work on the most basic of human emotions — pity — as a means of creating tension and stoking the fires of bitterness and hatred.”

The aim is obviously preemptive propaganda, but Thatcher’s rhetoric is fascinating. Hunger, the weapon of the weakest of the weak, is described as a continuation of terrorist violence. The slow, silent, lonely, and intensely painful drama of suicide through starvation is characterized as a mere sleight of hand, a cheap trick designed to stoke hatred by eliciting pity. While Sands and his colleagues did undoubtedly seek to elicit pity and revive the republican cause, their protest was more than a mere final trick.

From the vantage point of the film, the disembodied voice of Thatcher sounds un-human, desperate, and powerless to all but the most gullible and close-minded. It is clear that the hunger strike returns the state to a Foucauldian situation in which it must risk a trial of strength in public with the body of the condemned.

As an American, one cannot help but think of and note the contrasts with the treatment of detainees in the prisons at Guantanamo Bay, Abu Ghraib, Baghram, Kandahar, Diego Garcia, etc. There is no doubt that the treatment of prisoners held in these some of these facilities (e.g. Abu Ghraib) was as de-humanizing as the treatment inflicted on the Irish in Maze Prison. In Mullah Zaeef’s recent memoir, My Life with the Taliban, he writes bitterly of his experience in Guantanamo Bay:

“We were not given toilet paper or water to clean ourselves after using the toilet; only our hands could be used, but could not be washed afterwards. This is how those who claim to defend human rights made us live,” (Zaeef 2010, 196).

From what I understand the UK abandoned the practice of force feeding in 1917 after it led to the death of an Irish prisoner, Tom Ashe.  The US government, however, still seeks to deny prisoners that it labels as terrorists the right to play even this “last card.” Some of the hunger strikers in American facilities like Guantanamo were reportedly force fed and prevented from vomiting nutrients. Mullah Zaeef’s recounts that eventually the doctor-in-charge at Guantanamo refused to continue force feeding the prisoners during the 2005-06 hunger strike.

One has to wonder what the practice of force feeding says about the US and its understanding of the body of the suspected terrorist. One could argue that the act of force feeding a mentally sound, political prisoner foreshadows a totalitarian impulse which we as Americans would prefer to associate with other regime types.  Even the publicly released images of those prisoners in orange jumpsuits, kneeling in stress positions with heads covered and ears muffled, conjures a body completely turned over to the power of the state.  The prisoner is in a limbo where they cannot be human and have absolutely no rights.  That we as Americans tolerated such tyrannical behavior from our own government perhaps speaks to the autistic hysteria under which we have lived for nearly a decade.  Either that or it speaks to the utter indifference we hold for those who are merely accused of being enemies of the state.

In the docu-drama “The Road to Guantanamo” (2006), there is an odd scene where an American prison guard (in real life his name is Brandon Neeley) asks one of the Tipton Three to rap for him. The guard becomes uncomfortable when he realizes that these kids being held in Guantanamo not only speak English but are products of an Americanized global culture. It is as if the body of the prisoner comes to have a soul, at least in the eyes of one guard for one brief moment. (Although it is not depicted in the film, the guard resigned from the US military in 2005. He has contributed to the Guantanamo Testimonial Project and has apologized to Shafiq Rasul for the treatment that was inflicted on him. The apology has been accepted).

If a common language can create a minimal sense of shared humanity even amongst sworn enemies, then it is stunning to realize what the Britons did to the Irish in Maze prison. In “Hunger,” the prisoners use Gaelic to organize their resistance, although not all of the prisoners speak the “national” language. And while all of the prisoners understand and speak English, there is almost no dialog between the prisoners and their keepers.

Perhaps the point of the film is that language itself dies as the body is subject to increasing pain.  And it is the death of language that permits such depravity.