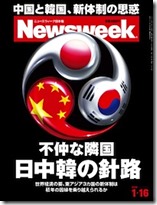 END_OF_DOCUMENT_TOKEN_TO_BE_REPLACED

Henry Paulson as “The Stabilizer”

The US bailout of Fannie Mae and Freddie Mac was a massive government intervention into the securities market. Why do this?

Dan Drezner gives some insightful instant analysis, noting how the fall-out has reverberated through the global economy, hitting China, Russia, Sovereign Wealth Funds, and many other key international actors. The US Government:

is also trying to soothe financial markets and-more important-please foreign creditors. China is far and away the largest foreign investor in long-term U.S. government agency debt-more than $375 billion. In the past month Chinese officials had warned about the implications of a collapse of the two housing giants.

Beijing was not the only foreign government to raise hackles about the status quo-other foreign officials voiced their concerns directly to Treasury Secretary Henry Paulson. Senator Chuck Schumer told the Wall Street Journal that, “There was a real fear that foreign governments would start dumping Fannie and Freddie…and not buy the bonds.”

As long as the United States runs a current account deficit of more than $500 billion a year, it will need the trust of foreign capital and foreign governments. Judging by the global market reaction, seizing Fannie Mae and Freddie Mac helped preserve that goodwill abroad. One reason this happened on a Sunday was so that Asian stock markets would have the first opportunity to respond.

How necessary was this reassurance to international capital markets? The nightmare scenario Paulson faced was:

But let’s say that the Treasury did not support the debt of the mortgage agencies. The Chinese bought over $300 billion of that stuff and they were told that it is essentially riskless. The flow of capital from them and from other central banks, sovereign wealth funds, and plain old ordinary investors would shut down very quickly. The dollar would fall say 30-40 percent in a week, there would be payments system gridlock, margin calls at the clearinghouses would go unmet, and only a trading shutdown would stop the Dow from shedding half its value. Most of the U.S. banking system would be insolvent. Emergency Fed/Treasury action would recapitalize the FDIC but we would lose an independent central bank and setting the money supply would be a crapshoot. The rate of unemployment would climb into double digits and stay there. Many Americans would not have access to their savings. The future supply of foreign investment would be noticeably lower. The Federal government would lose its AAA rating and we would pay much more in borrowing costs. The deficit would skyrocket.

For the world economy to be stabilized, there has to be a stabilizer–one stabilizer.

Here you have the US acting to stabilize the international economy in the face of a potential global meltdown. They left themselves no choice.