Academic Freedom, Financial Allure, and Overseas Research, Programs, and Campuses: Do We Self-Censor? 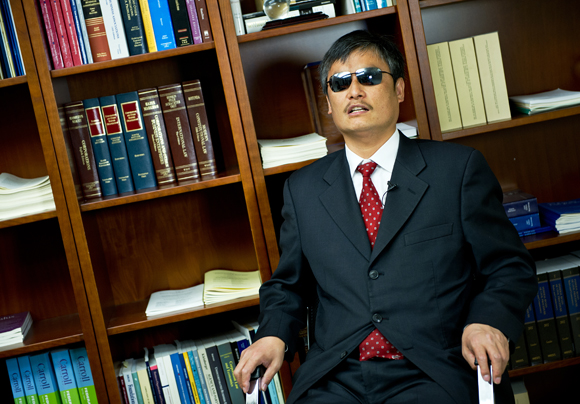 Chen Guangcheng, the Chinese dissident who found refuge last year in the United States with a fellowship at NYU is now claiming that he is being pushed out of NYU because his human rights advocacy and criticisms of the Chinese government is upsetting NYU’s relationship with China. From the NYTimes:

In a statement released Sunday, Mr. Chen said university officials were worried that his outspoken criticism of the Chinese government might threaten academic cooperation. N.Y.U. recently opened a campus in Shanghai, and a number of professors are involved in programs and research projects here that could be harmed if they were denied Chinese visas.

“The work of the Chinese Communists within academic circles in the United States is far greater than what people imagine, and some scholars have no option but to hold themselves back,” Mr. Chen said. “Academic independence and academic freedom in the United States are being greatly threatened by a totalitarian regime.”

According to the story, NYU “strenuously denies” the accusations.  But, it does seem clear to me that neither this story, nor stories like it, are likely to go away anytime soon. END_OF_DOCUMENT_TOKEN_TO_BE_REPLACED