Use it or lose it

A recent paper from Brookings, Georgetown and Hoover discusses the international legal aspects of targeted killing. As you would expect, American policy isn’t in sync with the emerging global norm. An idealist might argue that the US is in the wrong (and they have a very strong case under the International Convention on Human Rights); a Realist might argue that the US needs the latitude to kill because it (or somebody–and nobody else is available) has the responsibility to combat enemies of the legal regime that everyone else assumes. The point that I hadn’t thought of before is the conclusion that the US might want to be open about what it is doing and assert–as a legal principle–that this is as it should be.

The ultimate lesson for Congress and the Obama Administration about targeted killings is “Use it or lose it.” This is as true of its legal rationale as it is of the tool itself. Targeted killings conducted from standoff platforms, with improving technologies in surveillance and targeting, are a vital strategic, but also humanitarian, tool in long-term counterterrorism. War will always be important as an option; so will the tools of law enforcement, as well as all the other non-force aspects of intelligence work: diplomacy and coordination with friends and allies. But the long-standing legal authority to use force covertly, as part of the writ of the intelligence community, remains a crucial tool—one the new administration will need and evidently knows it will need. So will administrations beyond it.

The death of Osama bin Laden and his top aides by Predator strike tomorrow would alter national security counterterrorism calculations rather less than we might all hope. As new terrorist enemies emerge, so long as they are “jihadist” in character, we might continue referring to them as “affiliated” with al Qaeda and therefore co-belligerent. But the label will eventually become a mere legalism in order to bring them under the umbrella of an AUMF passed after September 11. Looking even further into the future, terrorism will not always be about something plausibly tied to September 11 or al Qaeda at all. Circumstances alone, in other words, will put enormous pressure on—and ultimately render obsolete—the legal framework we currently employ to justify these operations.

What we can do is to insist on defining armed conflict self-defense broadly enough, and human rights law narrowly enough—as the United States has traditionally done—to avoid exacerbating the problem and making it acute sooner, or even immediately.

We stand at a curious moment in which the strategic trend is toward reliance upon targeted killing; and within broad U.S. political circles even across party lines, a political trend toward legitimization; and yet the international legal trend is also severely and sharply to contain it within a narrow conception of either the law of armed conflict under IHL or human rights and law enforcement, rather than its traditional conception as self-defense in international law and regulation as covert action under domestic intelligence law. Many in the world of ideas and policy have already concluded that targeted killing as a category, even if proffered as self-defense, is unacceptable and indeed all but per se illegal. If the United States wishes to preserve its traditional powers and practices in this area, it had better assert them. Else it will find that as a practical matter they have dissipated through desuetude.

Does the US (or someone) have the right to target individuals? In States where the US is not formally at war? Inside the US?

I suspect that someone has to have the job of playing cop in the international system. I don’t see anyone but the US who is able and willing to do it. A UN force is a possibility, but it still comes down to great power politics and capabilities. On the other hand, I don’t want to give the cops–any cops–the right to target whoever they choose. Even if they start with the best of intentions, that’s a structure that corrupts the cop, alientates the community, and kills the innocent. 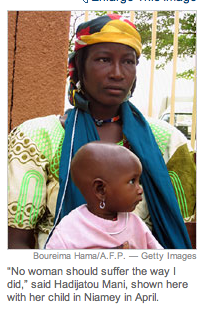