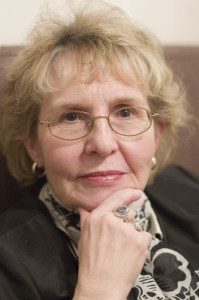 As I sifted through some of the official obituaries, it surprised me how few of them lauded Elshtain for her pioneering work putting gender on the IR security studies agenda. I did not know Elshtain well, and I did not engage with her later corpus as closely as a scholar of humanitarian affairs should have. Yet her writings on gender, war and feminism impacted me greatly as a graduate student – in fact her book Women and War was one of the three that most shifted my thinking in my formative years as a scholar between 1996 and 1999 – the other’s being Tickner’s Gender in International Relations and Enloe’s The Morning After. Elshtain’s thinking on gender later diverged significantly from much of the IR feminist canon, and the normative tenor of her writings on war and peace shifted after 9/11.  Nonetheless her progressive impact on IR in opening up a space for security studies scholars to take gender seriously is not doubted by anyone I know of. END_OF_DOCUMENT_TOKEN_TO_BE_REPLACED