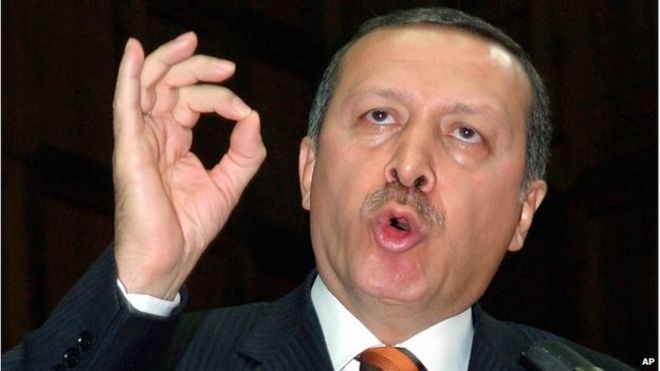 So by this point we all know the big news on Syria. Overnight, Trump announced that–after consulting with Turkish President Erdogan–the US would be pulling troops out of north Syria, giving Turkey freedom to operate. This would likely involve military actions against Kurdish forces there, which Turkey fears are coordinating with Kurdish insurgents in Turkey. This is concerning for two reasons. First, the United States had worked with these Kurdish forces to fight ISIS, so we’re basically abandoning them. Second, this will basically leave ISIS detention camps unguarded, possibly letting this terrorist organization regroup.

A lot has been said on Twitter and elsewhere. This will hurt US credibility. We shouldn’t have open-ended commitments in the Middle East, but this isn’t the way to stop them. This is no way to treat our allies. I encourage you to read others’ takes, and I’m not going to pretend these insights are original to me (but you could read my thread if you want).

But I did start thinking about what Turkey is hoping to accomplish. They’re framing this as a security issue; they want to uproot forces supporting insurgents in their territory. That is understandable, even if we don’t like abandoning Syria’s Kurds. But there are indications this is part of a broader push to increase Turkey’s regional influence.

END_OF_DOCUMENT_TOKEN_TO_BE_REPLACED

This is a guest post, written by Margarita Konaev, Postdoctoral Research Fellow in the Center for Strategic Studies at the Fletcher School of Law and Diplomacy at Tufts University, and Kirstin J.H. Brathwaite, Assistant Professor in the James Madison College at Michigan State University.

The referendum on independence of Iraqi Kurdistan and subsequent military clashes between the Kurdish Regional Government (KRG) and Baghdad are setting off alarm bells across the Middle East. Turkey’s President Recep Tayyip Erdogan has threatened to cut off the flow of Kurdish oil exports, warning that the Kurds could “go hungry” as a result of economic sanctions. Military options, he added, were also on the table. The Syrians are refusing to recognize the results of the referendum. And at the request of the central government in Baghdad, Iran has closed the airspace to the Iraqi Kurdish area. The United States, United Nations, and even Russia have all expressed their disapproval of this “unilateral” move. In fact, the only country that welcomed the independence vote is Israel. END_OF_DOCUMENT_TOKEN_TO_BE_REPLACED