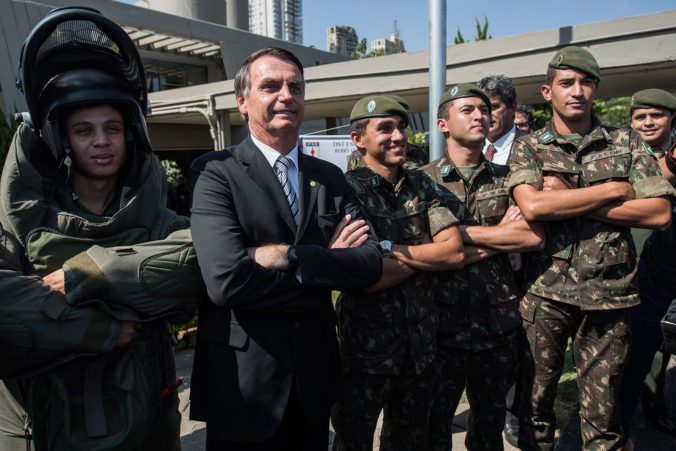 As Michael Albertus highlighted, the military is returning to Brazilian politics in a big way. While the military in Argentina was punished for its dictatorial Dirty War, elites with ties to dictatorship never faced sanctions or fully left the political scene in countries like Brazil and Chile. In Brazil, civilian leaders managed to weaken the military during the transition to democracy, but it retained a broad scope of activities, including internal security and development, especially in combating the drug trade, a mission with which current President Michel Temer tasked the military earlier this year in Rio de Janeiro. Bolsonaro spent his time as a representative in Congress “interested in helping the military above all else,” and his message that he will restore law and order both resonates with a Brazilian public fed up with high rates of violent crime and with a military keen to reassert itself. END_OF_DOCUMENT_TOKEN_TO_BE_REPLACED 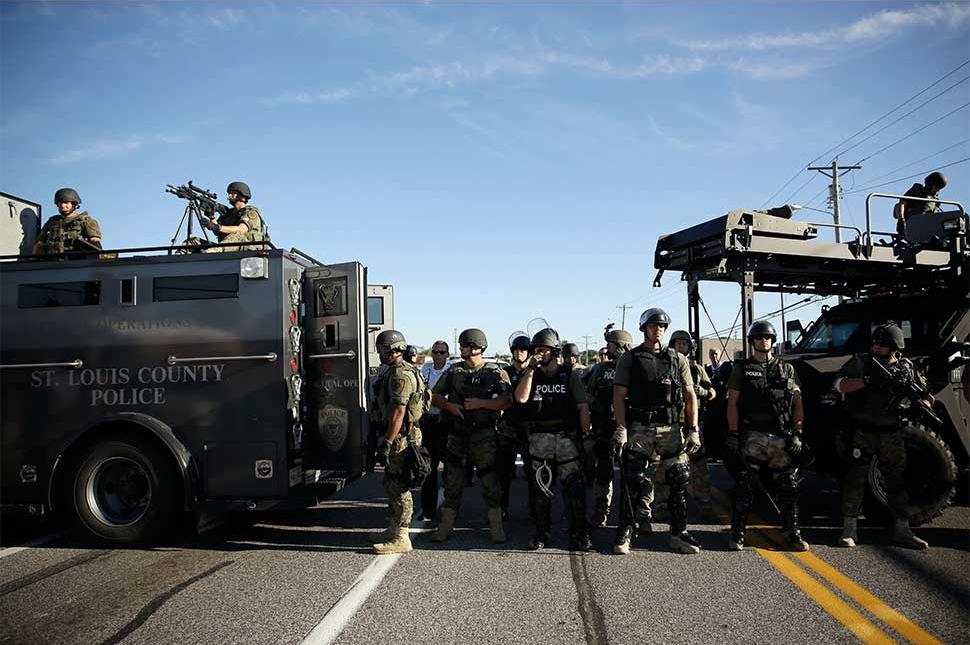 I see a connection between what is happening in Ferguson, the now roiling suburb of St. Louis, and American security policy. An odd connection to make at first glance, but stay with me. In the context of the important questions of institutionalized violence and race relations, it can be easy to overlook the ways in which how the US thinks about security policy are shaping the events on the ground. Let us start first with the most concrete or optical of influences, the equipment the police are using. As dozens of news outlets have reported, it is no coincidence that the police in Ferguson look like they might be on the ground in a war zone—because a substantial amount of their equipment has come from the military. 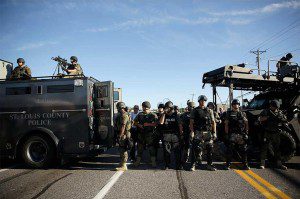 This is hardly a new phenomenon. The linked BusinessWeek article claims the Federal program distributing military equipment to local police has been in place for almost two decades. But the surge in equipment available to the program over the last decade traces directly to the foreign and security policy decisions of US leaders. As the United States has involved more troops in conflicts overseas, it has needed more equipment for those troops. And when the conflicts wind down, the equipment has to go somewhere. Thus, the presence of military grade equipment, good or bad, in the inventory of local police forces has a direct connection to the foreign policy of the US.

While the presence of military equipment in the inventories of local police forces is an obvious manifestation of the porous boundaries between domestic and international affairs, I think there are less visible but no less important links at the ideational level. Specifically, I am referring to US political culture and the ways in which American society understands and responds to threat. In this context, the militarization of the police—detailed in many places including Radley Balko’s 2013 book and a June 2014 ACLU report (which includes some sobering numbers about SWAT raids)—is part of a general trend of militarization within American political culture that has also manifested in its foreign policy. Andrew Bacevich, a professor emeritus at Boston University, has written on the militarization of American foreign policy extensively over the past decade. In common at the domestic and international level is increasing reliance on force to resolve conflicts and an emphasis on material rather than social means of maintaining order (the effect of capital versus labor in US strategy something Jon Caverley has addressed). I do not have an answer as to why American political culture operates in this way. But, thinking about the events in Ferguson in this light should remind scholars and analysts of international relations that the influence social structures and systems does not stop at the water’s edge. The division between domestic and international affairs is an analytical expedient rather than a social fact, and one that can obscure more than it helps illuminate.