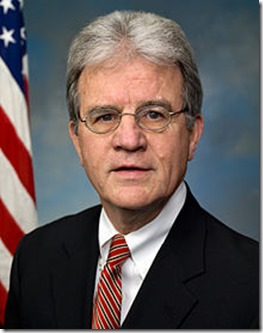 If you belong to APSA, you probably got the email announcing the last-minute closure of the Ralph Bunche Summer Institute because of the Coburn (left) amendment. Undergraduate programming like this is obviously pretty vulnerable. It doesn’t have the cachet of high-profile, ‘big think’ research. But it does obviously endanger the discipline in the long-term by cutting into our future replacements (almost certainly one purpose of the amendment). It would be no surprise if some of this summer’s bright students got turned off our discipline because of these shenanigans, or missed a seminar or session this summer that might have helped them nail-down a good research question and so on. In brief, this cut is the real deal after years of GOP threats to our discipline, and that sucks.

END_OF_DOCUMENT_TOKEN_TO_BE_REPLACED

Senator Tom Coburn knows how to rankle political scientists. Float a bill claiming all their work is bunk and should receive no government funding. For those who want to read it, here’s Coburn’s explanation. This is stirring up some ire and concern among political scientists in the blogosphere. Some of my colleagues even feel “picked on.”

1) To be fair, he’s not really saying our work is bunk. Just that it’s not “science.” He doesn’t give a definition of what he thinks science is, but apparently it’s something like pornography: he knows it when he sees it:

“…biology, chemistry, geology, and physics… these are real fields of science in which new discoveries can yield real improvements in the lives of everyone.”

2) So, let’s take Coburn on his own terms instead of pointing out that he is “acting like an ignorant jackass”. If to be “science” your discoveries have to benefit people’s lives, figuring our how to make government work better would seem to count to me. People’s ability to profit from such so-called “basic research”* as how “robotics can help individuals with severe disabilities” is wholly contingent on a government providing education, roads, infrastructure, and (how ironically) funding the robotics research. You’re not going to get a lot of research into “bones that blend with tendons” in a failed state situation like Somalia; people’s lives are not improving very quickly in places like North Korea. Everything begins with good governance and security. But we wouldn’t want any studies of how to achieve that.

3) Oh, that’s right. Actually we would. Which is why DOD is reaching out to social scientists in order to do its job of protecting the nation more smartly. Also why, according to the NSF website:

“Congress established the NSF in 1950 “to promote the progress of science; to advance the national health, prosperity, and welfare; to secure the national defense…”

Yep. Turns out we don’t actually have to take Coburn’s argument on its own terms, because Coburn’s entire argument is based on a faulty understanding of the purpose of the NSF, which is not simply to promote applied research as he claims but to ensure in part that the US government has the social scientific data needed to understand precisely the issues he claims are irrelevant to science. Like international conflict. Like democracy, campaigns and elections. Like political change, and regime transitions. Like international political economy. Like political psychology and political tolerance. True, you don’t need to understand these things in order to succeed at some forms of applied science – just ask the Nazi doctors. You do need them for science as Coburn defines it – where new discoveries benefit the lives of all.

So you can see why this whole thing strikes me as very, very funny – less like being picked on by a bully and more like watching a very cute two-year-old throw a tantrum before bed. You more want to laugh than get riled, much less worried about your ability to make a living.

I was especially tickled by the fact that the conference on YouTube and the 2008 Election Cycle I blogged about last year was among Coburn’s examples of “government waste.” (As a faculty member in the department that hosted the conference, I would like to express my humblest apology on behalf of our discipline.)

The great irony of this example is that one of the key features of the conference was practical, applied research – the kind he claims political scientists never do (maybe because he has his terminology backward).* For example, Chirag Shah’s TubeKit is a tool engineered to make it easy for political scientists to systematically analyze the impact of user-created video content on political processes; keynote speaker Richard Rogers’ Issuecrawler does the same for web-sphere analysis. You can argue with whether those things – or game theory models that let us predict and respond to political behavior – are a public good (then again you can argue about whether biofuels are a public good too). But you can’t claim political scientists don’t use NSF money to build tools or that these tools don’t have practical applications. Or, if you do, then your argument is based on assertion and opinion, not fact; it’s simply not grounded in the available empirical evidence. In other words, it’s not scientific.

I’d rather make policy based on facts and evidence. So would many of our leaders. And that’s the simplest reason why funding scientific research on political phenomena is and should remain among our government’s many priorities.
_______________________

*Basic research is precisely what Coburn seems to oppose – the pursuit of knowledge for its own sake. The term for what he is describing – science that has practical or commercial applications – is “applied research.” The fact that he doesn’t know the difference should be a pretty strong signal about his credibility.

I wonder what readers of the Duck (and my co-bloggers) think about the DoD’s “Minerva” social science initiative. Short story is, the Pentagon plans to fund $8 million worth of social science research through the National Science Foundation this year. The NSF program solicitation is to be found here.

Today, the Washington Post reported that one “Network of Concerned Anthropologists” has expressed concern with the initiative:

“The Pentagon’s Minerva Research Initiative, named after the Roman goddess of wisdom and warriors, will fund social science research deemed crucial to national security. Initial proposals were due July 25, and the first grants are expected to be awarded by year’s end. But the Network of Concerned Anthropologists, which includes professors from American and George Mason universities, said dependence on Pentagon funding could make universities an ‘instrument rather than a critic of war-making.’

I think this position is bunk. The fact that the DoD is asking certain questions in a certain way and will be interested in the findings does not mean the DoD controls the research or that the science is compromised. It doesn’t mean that social scientists will be militarized or are unable to be critical of policies based on certain empirical fallacies. It does mean that those who want the money will have to demonstrate the relevance of their research designs to the kinds of questions the DoD wants answered, but that’s no different from any other NSF RFP. What it also means (significantly) is that the DoD at least wants to send the signal that it is actually prepared to consider the results. In light of recent history, I think this is a great leap forward.

Then again, perhaps I am just in favor because I want some of the money.