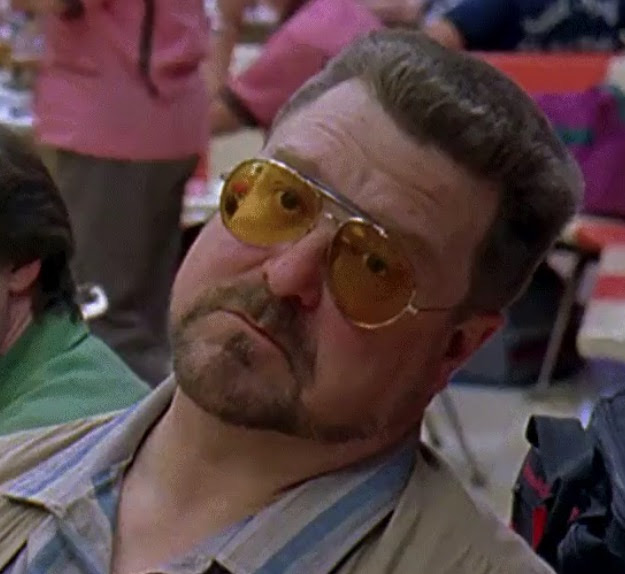 As the world rushes to respond to the Covid-19 pandemic, international relations scholars have a lot to say. We are not public health experts, or pathologists. But we can speak to the way states respond to common threats and the political process needed to formulate an effective response. One common reference is the realist idea of self-interest driving state behavior and undermining collective action. Yet, while realism as an inclination can explain what’s going on, Realism as a scholarly theory cannot.

Many scholars and general observers of international relations have reacted with frustration at state responses to Covid-19. The Trump Administration delayed testing and has provided insufficient information or help to states and communities. Britain’s Boris Johnson vacillated from doing nothing to locking down the country. China failed to be sufficiently transparent during the early stages of the pandemic.

END_OF_DOCUMENT_TOKEN_TO_BE_REPLACED

Before departing on vacation, Stephen Walt posted about a rift between South Korea and the United States concerning spent nuclear fuel reprocessing. The U.S. is opposed, primarily because plutonium is a byproduct, while South Korea wants to reprocess waste so as to reduce the volume of nuclear refuse from its large-scale atomic energy program.

To reduce proliferation fears inherently tied to plutonium production, South Korean policy in this area reflects a pledge (and as Walt notes, implicit threat), that “We will never build nuclear weapons as long as the United States keeps its alliance with us.”

After making other interesting points about the dispute, Walt makes an argument that I have often discussed in the past. The U.S. view on nonproliferation is laden with hypocricy:

it’s hard not to be struck by the basic hypocrisy of the U.S. position, which it shares with other existing nuclear powers. Washington has no intention of giving up its own nuclear weapons stockpile or its access to all forms of nuclear technology. The recent New START treaty notwithstanding, U.S. government still believes it needs thousands of nuclear weapons deployed or in reserve, even though the United States has the most powerful conventional military forces on the planet, has no great powers nearby, and faces zero-risk of a hostile invasion. Yet we don’t think a close ally like South Korea should be allowed to reprocess spent fuel, take any other measures that might under some circumstances move them closer to a nuclear capability of their own.

Walt and I agree about what counts as hypocrisy, what about the implications for foreign policy? Walt:

In my view, there’s nothing reprehensible or even surprising about this situation; it merely reminds us that no two states have the same interests and that hypocritical (or more politely, ‘inconsistent’) behavior is common-place in international politics.

Criticial theorists like me are a lot lest sanguine about the meaning of hypocrisy. In fact, critical theorists see it as a basic function of their scholarship to reveal hypocritical policies and arguments in order to foment emancipatory political change. If the illogic undergirding inconsistent positions is revealed and thus undermined, replacement policies and arguments are more likely to reflect something like well-reasoned consensus. At least that’s a central purpose of immanent critique.

As I’ve argued previously, many contemporary neorealists like Walt seem also to prefer a world with less hypocrisy. The short blog post about the U.S.-South Korea dispute is no exception:

But the U.S. ability to persuade others not to flirt with their own nuclear capabilities might be a lot stronger if we didn’t place so much value on them ourselves.

Read differently: if the U.S. was less hypocritical, its policies would be more effective.

On Monday, neorealist IR scholar and Foreign Policy blogger Stephen M. Walt posted his top ten list of “movies that tells (sic) us something about international relations.” He was looking for broad insights, beyond what might be offered in genre war films or spy flicks. He also excluded documentaries and overt propaganda exercises.

Long-time Duck readers may recall that I previously wrote a series of blog posts about an IR film class I taught in fall 2006. Since that semester, I’ve taught the course another time (and changed a few film selections). I’m also scheduled to teach it during fall 2009. While other Duck bloggers have occasionally posted about film, I have a ready list to assess Walt’s choices. For now, I’ll ignore Dan Drezner’s list. Drezner agreed with only 2 of Walt’s suggestions — and mine — in his own post on this topic.

In my class, I select a few films that reflect relatively standard IR theory. However, most of the films viewed in the class are fairly critical of these theories and some films offer alternative critical perspectives on IR that are arguably missing from mainstream scholarly debates. After all, I am a critical theorist working on a project entitled “The Comedy of Global Politics.”

What else would you expect from me, right?

Allow me to reiterate this point for emphasis. When selecting films that say something important about IR, the neorealist Walt picks a number of critical and comedic movies. Perhaps the overlap between Walt’s list and my class is not surprising — I suppose it depends upon whether you buy my argument about “neorealists as critical theorists.”

Walt includes some other fine films, but my top 10 list would probably include some different choices: “Twelve O’Clock High,” “The Quiet American,” “Breaker Morant,” “The Whale Rider,” and “V for Vendetta.” Additionally, I’d have to think long and hard about omitting “Missing” and “Lord of War” from a top 10 list.

Neither Walt nor I have included films with many characters who do not speak English, which is obviously a major shortcoming. However, these choices reflect the discipline’s biases as well and thus serve as a critique (or as a jumping off point for a critique). My students are required to watch additional films outside class for a review assignment and their list of choices includes a number of non-English language films.

Can you tell the difference between the views expressed by a human rights activist who worries mostly about humanitarian emergencies in Asia and those stated by a prominent neorealist American academic?

A. “…oil and strategic interests are what dictate Western policies, not their professed liberal values. All the talk of humanism or humanitarianism is just for public relations.”

B. “…public discourse about foreign policy in the United States is usually couched in the language of liberalism. Hence the pronouncements of the policy elites are heavily flavored with optimism and moralism…Behind closed doors, however, the elites who make national security policy speak mostly the language of power, not that of principle…In essence, a discernible gap separates public rhetoric from the actual conduct of American foreign policy.”

2: What should be done about humanitarian emergencies?

C. “Now I chime in on the side of those who want to invoke the “Responsibility to Protect” doctrine or humanitarian intervention because the suffering on the ground is massive and the regime leadership responded with extraordinarily mad behavior—holding this referendum on the graves of at least 70,000 Burmese cyclone victims.”

D. “…the Clinton administration…was filled with people who extolled the virtues of human rights regimes and the importance of the international community intervening to prevent mass murder, and so forth and so on. In the event, when there was evidence pouring in that a genocide was taking place in Rwanda, a real genocide, they behaved in the most despicable fashion. And this is consistent with how we have behaved over time. The fact of the matter is…states talk a good game when it comes to values, but they actually behave in a…rather cold and calculating manner when the money is on the table.”

E. “Human rights interventions in the developing world…tend to be small-scale operations that cost little…The American intervention in Somalia between 1992 and 1993 is a case in point. Furthermore, the United States could have intervened to stop the genocide in Rwanda in 1994, which certainly would have been the morally correct thing to do, without having jeopardized American security.”

F. “I do not believe that under any circumstances should the United States go to war for the purposes of protecting the United Nations or simply making sure that United Nations’ resolutions are carried out. The United States should go to war under one set of circumstances, because you want to remember here, we’re talking about sending Americans to die. Right? We go to war when it’s in the American national interest. Right? When there are good, strategic reasons to put American lives on the line.”

A & C are from “Zarni, a former Burmese activist who founded the Free Burma Campaign in the US and led the successful PepsiCo/ Burma boycott that resulted in Pepsi cutting all ties with the Burmese regime in 1997. He now lives in England where his research at Oxford University is focused on Burma’s political and economic developments.”

B and D are from Professor John Mearsheimer, a realist political scientist at the University of Chicago.

It’s a trick. Both E & F are from Mearsheimer.

For more fun with neorealism, see this.

Note: A full citation of the piece is below the fold.

OK, so this is shameless self promotion. The September 2007 Perspectives on Politics, which arrived in my mailbox today, includes my article “Neorealists as Critical Theorists: The Purpose of Foreign Policy Debate.”

Editor Jim Johnson offers a brief explanation of the article in his “Introduction and Comments” piece at the front of the journal:

Rodger Payne seeks to catch the neo-realists among International Relations scholars in what we might call a pragmatic contradiction. He argues that while their own theory of politics discounts ideas and principles, they themselves peddle ideas to elites and the public. More specifically, he chides neo-realists for complaining in policy debates when political leaders dissemble, mis-represent, spin, and otherwise skirt the truth. Such practical complaints, Payne insists, seem to be consistently at odds with the theoretical expectations that neo-realists would have us embrace. In so doing, Payne advances what seems to be a fundamental challenge to the very coherence of the various forms of neo-realism on offer among our colleagues.

The international relations field has recently taken a communicative turn. Social constructivists, for instance, regularly examine frames, persuasion, and other discursive mechanisms by which actors reach intersubjective agreement. Critical theorists add an overtly normative dimension by embracing the transformative potential of public deliberation. In contrast, realists and neorealists claim that outcomes are determined by the distribution of material power—political communication and discursive ideals are virtually meaningless elements in international politics. Put simply, talk is cheap. Given this view, it is puzzling that many prominent realists participate actively in national foreign policy debates and in that context both implicitly and explicitly embrace views about political discourse that are remarkably consistent with those held by constructivists and critical theorists. In the recent Iraq debate, the realists reveal lies, political spin, and other distortions of the debate promulgated by government elites and their allies. They challenge the legitimacy of established policies and critique excessive secrecy. Most importantly, these neorealists seek to transform public and elite consciousness so as to produce social pressures for alternative outcomes. Realists have apparently rejected their own theoretical presuppositions about the meaning and role of political communication, which has important implications for both policy debate and IR theorizing.

Ultimately, I discuss some scholarly activity similar to what Patrick addressed in his post on “Weberian activism” back in March. Patrick accurately described PoP as a:

journal that isn’t precisely a research journal (although it does publish pieces that I can only describe as “research notes”), although it is peer-reviewed. PoP, as it is sometimes called, is the place designated by the APSA for the publication of articles that do a bit more meta-reflection on the study of politics and the practice of Political Science

Feedback is most welcome.

Update: The article can be found here. According to the journal copyright agreement, I have:

Please note that the American Political Science Association is the copyright holder of this article.